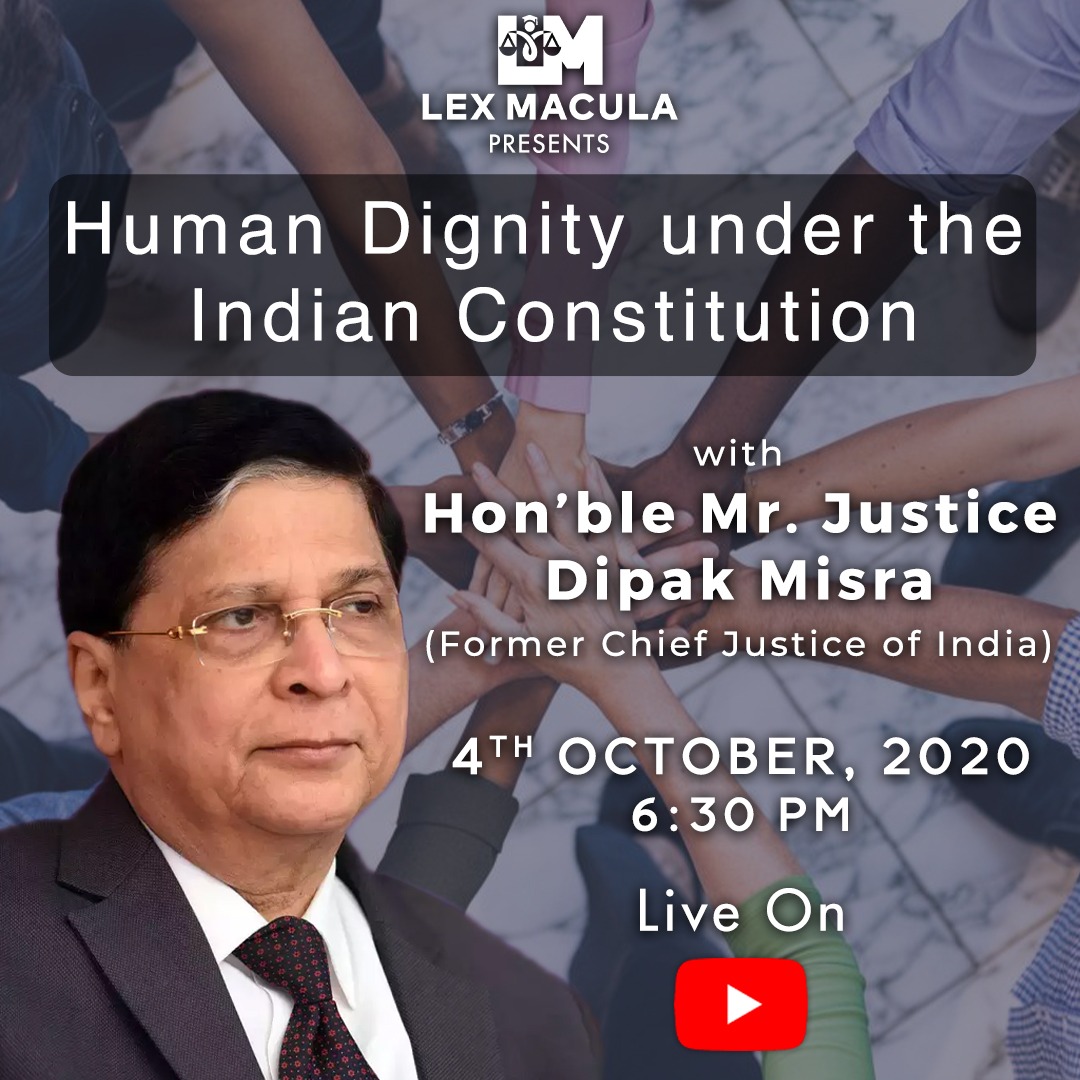 LEX MACULA, a registered NGO, is organizing a discussion on 'Human dignity under the Indian Constitution'.

This session would give the attendees greater appreciation for the different scopes as well as the application of the doctrine.