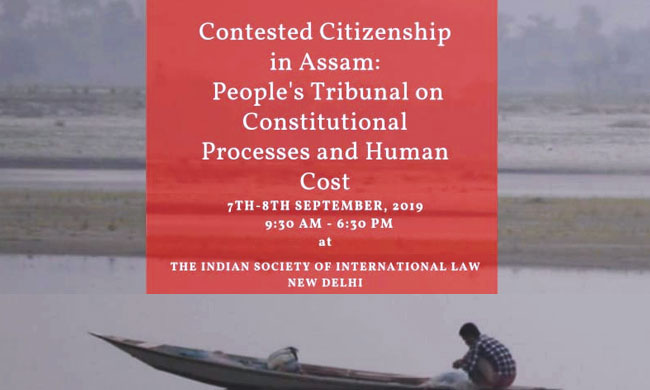 Various human rights organisations and campaigns have come together to organise a 'People's Tribunal' on 'Contested Citizenship in Assam: Constitutional Processes and Human Cost'.

The purpose of the public hearing is to help better educate the public on what is being called as the largest citizenship purges in history, and to contribute to civil society efforts to find pathways to challenging this significant attack on India's inclusive underpinnings.

A background note giving a brief overview of the NRC (National Register of Citizens) and its related processes, providing background material for the people's tribunal, has also been provided. The note provides a brief glance at

Those wishing to attend the event may confirm their presence by mailing to peoplestribunalassam19@gmail.com