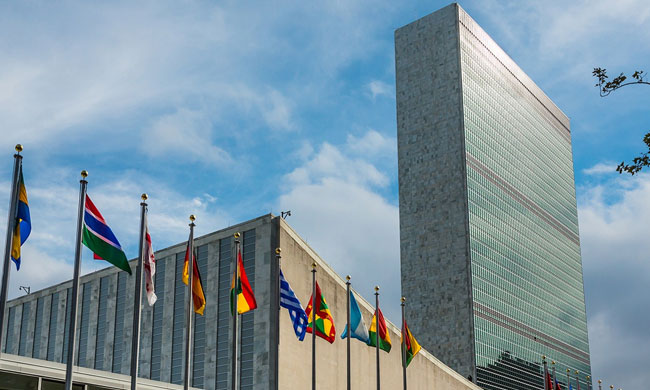 In vote for a motion prohibiting death penalty as a mode of punishment at the 42nd Session of the United Nations Human Rights Council, India preferred to dissent and voted No.

The motion collectively submitted by Belgium, Benin, Costa Rica, France, Mexico, Mongolia, Republic of Moldova and Switzerland, endeavored to protect the rights of persons facing death penalty and other affected persons by complying with international obligations.

The Indian stand has been that death penalty is reserved for 'rarest of rarest cases' as determined by the Courts. In the case of Bachan Singh v. State of Punjab, AIR 1980 SC 898, the Supreme Court for the first time upheld the validity of death penalty. It added however, that it could be said to be constitutional only when it was applied as an exceptional penalty in the rarest of the rare cases.

Furthering this view, the Apex Court said earlier this year that "death sentence can be imposed only when the alternative option is unquestionably foreclosed".

Following this path, the Gujarat High Court also recently remarked, "Although there is a good deal of opposition to death penalty, yet it should remain on the statute book".

Considerably, this is not the first time when India has internationally avowed its support to capital punishment. India had, in 2016, voted against a UN resolution to establish a moratorium on death penalty. The Indian representative had stated then that every State had a sovereign right to determine its own legal system and that the resolution contravened statutory law in India.

The 42nd session held at the UNHRC Headquarters at Geneva which began on September 9, concluded yesterday. Amongst India's fellow voters who dissented were Pakistan, Iraq, Saudi Arabia, Japan, China etc.

#HRC42 Council adopts with 26Y, 14N, 6Abst. res. on the question of the #DeathPenalty & stresses that under no circumstances can the death penalty ever be applied as sanction against specific forms of conduct such as #adultery, #blasphemy, #homosexuality, #apostasy...@UNGeneva pic.twitter.com/KZ3PK3l8Vf

The Resolution however, to protect the rights of persons facing the death penalty, was passed with 26 votes in favour, as opposed to 14 votes against. 6 members of the 47 elected Member States were absent. The Member States are elected by majority of members of the General Assembly of the United Nations through a direct and secret ballot, for a term of three years.

Notably, Supreme Court Judge, Justice Kurian Joseph had remarked "there is no substantial proof that deterrence has served its purpose. Crimes have been repeated. So It is unsafe to rely on the deterrence theory in favour of the death penalty". He went on to suggest reconsideration of death penalty and the arbitrariness in the manner in which it is awarded.

During the session, the Secretariat had also called upon all states to ratify the Second Optional Protocol to the International Covenant on Civil and Political Rights, aiming to abolish death penalty as a punishment. Considerably, India is amongst the countries that have reserved the Protocol.

Since the Resolution has been passed, the Secretary General might accede to the request to dedicate the 2021 supplement to his quinquennial report on capital punishment to the consequences arising at various stages of the imposition and application of the death penalty on the enjoyment of the human rights of persons facing the death penalty and other affected persons, paying specific attention to consequences of the lack of transparency in the application and imposition of the death penalty on the enjoyment of human rights, and to present it to the Human Rights Council, at its 48th Session.

The Resolution also stressed that under no circumstances should death penalty be applied as a sanction against specific forms of conduct, such as adultery, blasphemy, homosexuality, apostasy, establishing political opposition groups or offending a head of State.

In its historic decision in Navtej Singh Johar & Ors. v. Union of India, delivered by the Constitution Bench headed by then CJI Deepak Misra on September 6, 2018, the Supreme Court of India read down Section 377 of IPC which criminalized homosexuality and clarified that there was nothing unnatural about sexual orientation.

The bench held that the 157 year old law which criminalized consensual homo sexual acts between adults was "irrational, indefensible and arbitrary". CJI Misra went on to say that "majoritarian views" and "popular morality" could not be allowed to dictate constitutional rights viz. Articles 14, 15, 19, and 21 of the Constitution.

The Constitution Bench of the Supreme Court had decriminalized adultery by declaring Section 497 of IPC unconstitutional.

Section 295A IPC, which deals with offence to religious sentiments, is cited to be an equivalent of Indian blasphemy law. But there is no death penalty prescribed for it. Establishing political opposition groups or offending a head of State is per se not an offence, though it may come under Section 124A IPC if the activities are seditious.