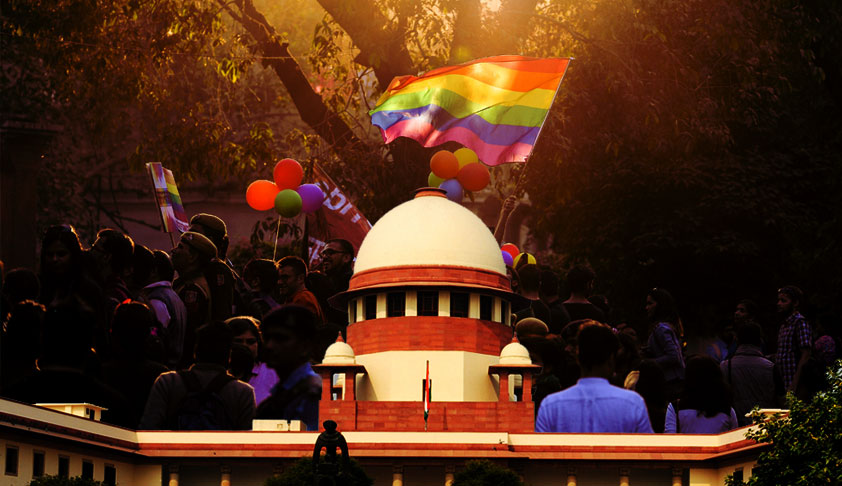 "I have no doubt that although the focus in the Supreme Court of India was on the rights of the Indian Citizens, there is international flavor in the Court's analysis of transgender citizens and their expectations"

The Zimbabwe High Court, in a landmark judgment, has held that, transgender citizens are part of the Zimbabwean society and that their rights ought to be recognized like those of other citizens.

Our constitution does not provide for their discrimination, said the Court which mainly relied on the judgment of Supreme Court of India in Navtej Singh Johar vs. Union of India.

This case raises issues regarding minority rights in this country and one hopes, this judgment, in a way, will help spark a frank national conversation of these issues which we appear to have been shy or less enthusiastic to openly discuss: This was how Judge Bere prefaced his judgment.

I have no doubt that although the focus in the Supreme Court of India was on the rights of the Indian Citizens, there is international flavor in the Court's analysis of transgender citizens and their expectations. I draw an analogy with our own Constitution whose elaborate bill of rights speaks to no discrimination against the citizen's rights and I derive maximum inspiration from the analysis made by the Indian Court on issues to do with transgenders. These are citizens who because of inter alia, their hormonal composition defy their assigned sex at birth. Their behavior is at loggerheads with what we think them to be. Their self-identification is a mismatch with their assigned sex at birth. Their conduct is not driven by stubbornness or adventurism but by who they are.

In concluding this judgment, I believe it is both profitable and instructive to borrow the wise words of the learned Chief Justice of India, Dipak Misra, who stated as follows: "The emphasis on the unique being of an individual is the salt of his/her life. Denial of self-expression is inviting death. Irreplaceability of individuality and identity is grant of respect to self. This realization is one's signature and self-determined design. One defines oneself. That is the glorious form of individuality."

The court also observed that, to avoid the recurrence of what happened to the plaintiff in this case, it might be prudent to construct unisex toilets as an addition to the resting rooms in public places. It concluded thus:

"Transgender citizens are part of the Zimbabwean society. Their rights ought to be recognized like those of other citizens. Our constitution does not provide for their discrimination It is nothing but delusional thinking to wish away the rights of transgenders."

"The eminence of identity has been luculently stated in National Legal Services Authority v Union of India and Ors, popularly known as NALSA case, where the Court was dwelling upon the status of transgenders. RADHAKRISHNAN, J, after referring to Catena of judgment and certain international Covenants, opined that gender identity is one of the most fundamental aspects of life which refers to a person's intrinsic sense of being male, female or transgender person. A person's sex is usually assigned at birth, but a relatively small group of persons may be born with bodies which incorporates both or certain aspects of both male and female physiology. The learned judge further observed that at times, genital anatomy problems may arise in certain persons in the sense that their innate perception of themselves is not in conformity with the sex assigned to them at birth and may include pre-and-post operative transsexual persons and also persons who do not choose to undergo or do not have access to operation and also include persons who cannot undergo successful operation. Elaborating further, he said:- "Gender identity refers to each person's deeply felt internal and individual experience of gender, which may involve a freely chosen, modification of bodily appearance or functions by medical, surgical or other means and other expressions of gender, including dress and mannerisms. Gender identity therefore refers to an individual's self-identification as a man, woman, transgender or other identified category." [Navtej Singh Johar]

"The discrimination on the ground of "sex" under Article 15 and 16, therefore, includes discrimination of the ground of gender identity. The expression of "sex" used in Article 15 and 16 is not just limited to biological sex of male or female, but intended (sic) to include people who consider themselves to be neither male nor female" [Navtej Singh Johar]

"The self-identified gender can be either male or female or a third gender. Hijras are identified as persons of third gender and are not identified as either male or female. Gender identity, as already indicated, refers to a person's internal sense of being male, female or a transgender, for example hijras do not identify as female because of their lack of female genitalia or lack of reproductive capability. This distinction makes them separate from both male and female genders and they consider themselves neither male nor woman, but a "third gender" [NALSA]