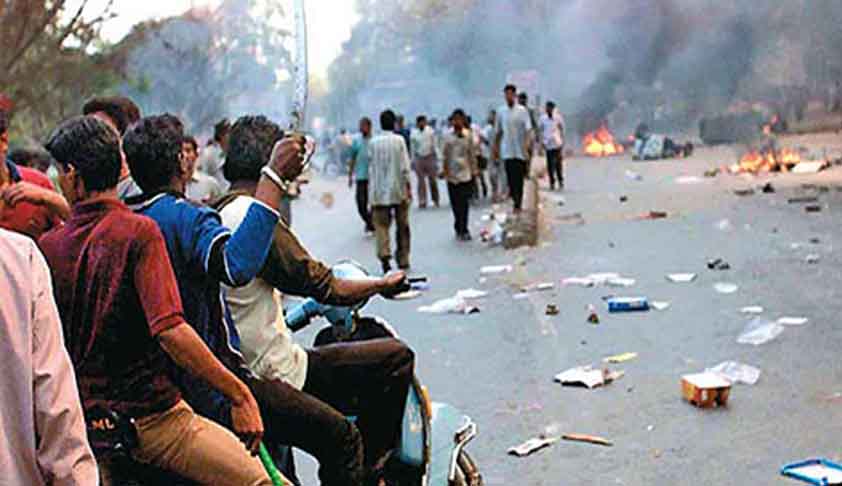 The debate on the rarest of rare doctrine and its applicability ensued the moment the verdict was pronounced in the unnerving case of Mukesh & Anr vs State of NCT for Delhi ( Nirbhaya case).  The verdict has called for criticism of the common people with regard to the non-applicability of the same doctrine in another gruesome case of rape and mass murder decided by the Bombay High...

The debate on the rarest of rare doctrine and its applicability ensued the moment the verdict was pronounced in the unnerving case of Mukesh & Anr vs State of NCT for Delhi ( Nirbhaya case).

The verdict has called for criticism of the common people with regard to the non-applicability of the same doctrine in another gruesome case of rape and mass murder decided by the Bombay High Court .

Where the dismissal of the appeal of the accused persons found much resonance in the society with all terming the verdict as an exemplary one restoring their faith in the apex court, at the same time settling for a life-term imprisonment in the Gujrat Riot Victim’s case called for widespread criticism and questioning  the reasoning of the applicability of the doctrine.

The prosecutrix was stripped along with her sister, two aunts, and daughters of paternal aunts by a mob of around 20- 25 persons in the backdrop of Gujarat’s riots. The inhumane and barbaric acts of the mob were not only limited to the prosecutrix being gang-raped when she was five-month pregnant, but also led to her 3-year-old daughter Saleha being stoned to death and killing of seven of her family members.

There were alleged discrepancies in the course of investigation by the police, which finally led to a CBI inquiry.

The trial court convicted the accused and sentenced them to life imprisonment, and at the same time, acquitted five Gujarat cops and two doctors. The acquittal was later set aside by the impugned judgment of the Bombay High C. The CBI went in for an appeal demanding capital punishment for Jaswant Nai, Govind Nai and Shailesh Bhatt, which was turned down by the Bombay High Court, reiterating that the case did not fall under the ambit of the doctrine of rarest of rare cases.

A two-judge bench of Justice VK Tahilramani and Justice Mridula Bhatkar, hearing the Bano case, cited many instances to bring home the conditions calling for applicability of the rarest of rare doctrine.

One of the cases mentioned was Ramnaresh & Ors vs Stateof Chhattisgarh [(2012) 4 SCC 257], where four persons, who were guests of a neighbour, raped a woman which led to her death.

In this case, the Supreme Court held, “It is unfortunate but a hard fact that all these accused have committed a heinous and inhumane crime for satisfaction of their lust but it cannot be held with certainty that this case falls in the rarest of rare cases”. It went on to commute the death sentence to life imprisonment.

The court in Para 324 relied upon cases of Sevaka Perumal & Anr vs State of Tamil Nadu [(1991) 3 SCC 471] and Dhananjoy Chatterjee alias Dhana vs State of West Bengal [(1994) 2 SCC 220] to drive home the point that the instant case does not involve history-sheeters or hardcore criminals and the act was given effect during post-Godhra riots where the accused were boiling with revenge, which led them to pounce upon and rape Muslim women, which unfortunately included the prosecutrix herself.

Further, there was no reliable evidence to come to a conclusion that accused no. 4 raped or murdered anyone, except for the murder of the infant daughter.

The prosecutrix never stated in clear and concise terms as to the involvement of accused nos. 1 and 2 in raping her other family members, even though she was present on the crime scene. The fallacy in such reasoning can be attributed to the fact that the prosecutrix herself was rendered unconscious for many hours at the crime scene moments after being raped.

Where the court itself stated in Para 325 of the judgment that the sentencing policy needs to be balanced on the scale of proportionality, acknowledging the fact that a large number of Muslims were murdered, it was contradictory not to enhance the sentence weighing the particulars of the instant case where the prosecutrix, during her stage of pregnancy, and two other women were gang-raped along with seven of her family members being killed then and there along with her infant daughter being stoned to death.

Such gruesome trail of acts warrants no less than death penalty and rightly falls under rarest of rare doctrine even if we go by the notions of the court in sentencing balanced on the scale of proportionality.

When in a case involving four murders, the Supreme Court upheld the sentencing of the death penalty referring to the case of Mahesh vs State of MP [(1987) 2 SCR 710], pronouncing that it will be a mockery of justice to permit the accused to escape the extreme penalty of law when faced with such evidence and such cruel acts, we are unable to echo the reasoning of the Bombay High Court in determining the instant case as not falling under the umbrella of rarest of rare doctrine.

Even when the Supreme Court was of the opinion that to give a lesser punishment for the accused would be to render the justice system of the country suspect, resulting in losing of faith of common man in the courts, we wonder why the reasoning of the Bombay High Court is not found on the same lines.

Maybe the time for the Supreme Court to pass another exemplary verdict has arrived. The doors to the apex court are still open for the greater interest of justice.