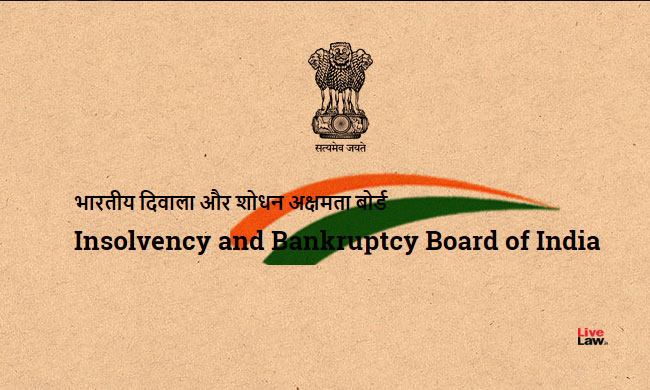 The Insolvency and Bankruptcy Board of India ("IBBI") has suspended Insolvency Professional, Mr. Subrata Monindranath Maity, vide an interim ex-parte order dated 09.05.2022, after the Central Bureau of Investigation ("CBI") had arrested Mr. Subrata over bribe allegations.

On 03.01.2020, the NCLT Mumbai had dismissed the said petition. However, Apya Capital went in appeal and the order dated 03.01.2020 was overruled by National Company Law Appellate Tribunal ("NCLAT") on 08.12.2020, with a direction to NCLT Mumbai to admit the petition and initiate CIRP against Guardian Homes. Accordingly, CIRP was initiated against Guardian Homes Pvt. Ltd. and Mr. Subrata was appointed as the Interim Resolution Professional ("IRP") on 14.03.2022. However, a settlement had subsequently taken place between the Parties in view of which Rs. 3 Crores were paid by Guardian Homes to Apya Capital.

On 03.05.2022 a complaint was filed before CBI, ACB Pune, alleging that after the settlement had taken place between the aforesaid Parties, Mr. Subrata (IRP in the matter) had approached Guardian Homes demanding an amount of Rs. 20 Lakhs as bribe in addition to the IRP fees amounting to Rs. 4 Lakhs, for completing the pending formalities before NCLT Mumbai after the settlement. It has been alleged that Mr. Subrata had threatened Guardian Homes that in case of non-payment of the bribe he might take coercive actions against Guardian Homes such as seizure of bank account and publication of notice of liquidation. CBI laid a trap and caught a third person who was collecting initial payment of Rs. 2 Lakhs on behalf of Mr. Subrata. Following which, CBI lodged a First Information Report (FIR) against Mr. Subrata on 04.05.2022, alleging contravention of multiple provisions of the IBC including Section 208(2)(a) read with Regulations 7(2)(a), 7(2)(b), 7(2)(h) and 7(2)(i) of the IBBI (Insolvency Professionals) Regulations, 2016 and Clauses 1, 2, 3, 5, 9, 12, 14, 17, 24 and 28 of the Code of Conduct specified thereunder. Subsequently, CBI arrested Mr. Subrata and issued a press release on 05.05.2022 narrating the case.

The IBBI forwarded the CBI press release and the FIR to its Disciplinary Committee, requesting urgent action in view of the fact the Mr. Subrata was presently handling 13 ongoing assignments.

It was observed that Mr. Subrata is not 'fit and proper' to continue as an Insolvency Professional and his arrest is bound to hamper the ongoing processes being handled by him, which would jeopardize the interest of concerned stakeholders.

On 09.05.2022, the Disciplinary Committee, in exercise of the powers under Regulation 9(4) of the IBBI (Inspection and Investigation) Regulations, 2017, issued an ex-parte interim order citing urgency and suspended the registration of Mr. Subrata as an Insolvency Professional, with following directions:

ii. the corporate persons where Mr. Maity is acting as liquidator in voluntary liquidation processes with the direction to replace Mr. Maity with new liquidator;

iii. the Adjudicating Authority with a request to replace Mr. Maity, in the ongoing Liquidation processes.

iv. the Indian Institute of Insolvency Professional of ICAI where Mr. Subrata Monindranath Maity is enrolled as its member; (v) the Registrar of the National Company Law Tribunal, Principal Bench, New Delhi for information."

The Disciplinary Committee has granted Mr. Subrata the liberty to submit his written submissions and seek an opportunity of hearing within 15 days from the date of receipt of the order.