Pendency Of Execution Proceedings No Bar To Section 9 Petition: NCLAT 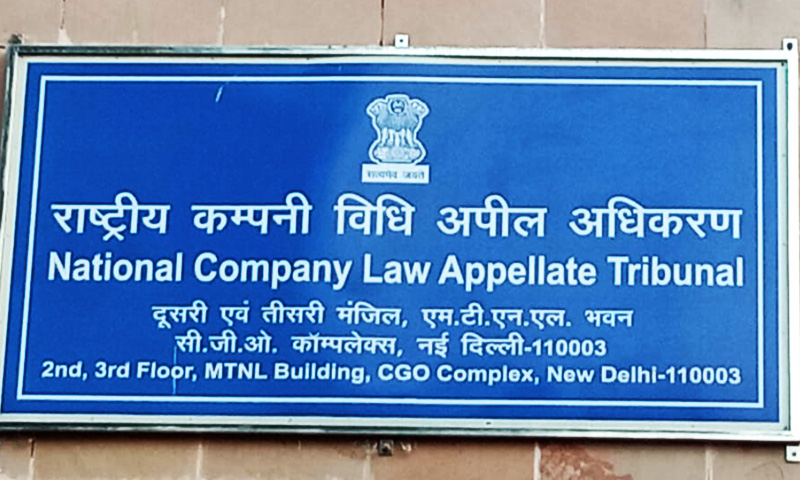 The NCLAT Principal bench comprising of Justice Ashok Bhushan and Dr Alok Srivastava held that the pendency of an execution petition does not bar the operational creditor from filing a petition under Section 9 of the Insolvency and Bankruptcy Code, 2016 Brief Factual Background The Operational Creditor Royal Resinex Pvt Ltd. ("Resinex") supplied poly propylene to the Corporate...

The NCLAT Principal bench comprising of Justice Ashok Bhushan and Dr Alok Srivastava held that the pendency of an execution petition does not bar the operational creditor from filing a petition under Section 9 of the Insolvency and Bankruptcy Code, 2016

Subsequently, Resinex issued a demand notice to Greatech under Section 8 of the insolvency and bankruptcy code, 2016 and the same was not replied by Greatech. Thereafter, Resinex filed a section 9 petition before NCLT Delhi and the same was admitted by NCLT Delhi vide order dated 31.07.2020.

Resinex further contended that debt is due and payable from Greatech on the basis of poly propylene supplied by it to Greatech and the same is nothing but an operational debt.

NCLAT observed that the correct address of Greatech is mentioned in the demand notice issued by Resinex under Section 8 of the Code and on the basis of mere typographical error in the postal receipt issued by India Post, it cannot be argued by Greatech that the demand notice was not duly served upon Greatech. NCLAT held that;

"7…The mere fact that receipt, which was issued by India Post mentions address of the Corporate Debtor instead of No.54-A, it is mentioned 24, does not bely the sending of notice…"

So far as the contention of Greatech that the decree is not an operational debt, NCLAT held that it is clear that the transaction on account of which debt fell due is the supply of poly propylene which is in the nature of operational debt as defined under Section 5(21) of the Code. It held that;

"11. Thus, the claim of the Operational Creditor was in respect of provisions of goods, that is, supply of poly propylene. The mere fact that when the Corporate Debtor did not pay the amount, suit for recovery was filed in the year 2016 by the Operational Creditor, which was also Decreed on 08.09.2016, does not in any manner effect the transaction out of which the amount fell due. The fact that amount was adjudicated and a Decree was passed, in no manner take away the nature of 'operational debt…"

NCLAT further held mere fact that the execution application is pending is not an impediment for initiating proceedings under the code and held that;

"14…In the present case, the Application filed by Respondent under Section 9 cannot be said to be filed with malicious intent, when inspite of Decree passed by the Civil Court in favour of the Respondent, no payments were made to it. The Operational Creditor had every right to invoke the provisions of Code. The mere fact that Execution Application filed by Operational Creditor is pending in Civil Court was no impediment for initiating proceedings under the Code."

Lastly NCLAT that the petition filed by the Operational Creditor cannot be said to be non-maintainable on the mere fact that the corporate debtor is a going concern.

In the light of above, NCLAT dismissed the appeal filed by the Greatech.