Corporate Debtor Cannot Be Sent Into Liquidation Just Because Liquidation Value Is More Than The Value Of The Resolution Plan: NCLT Kolkata 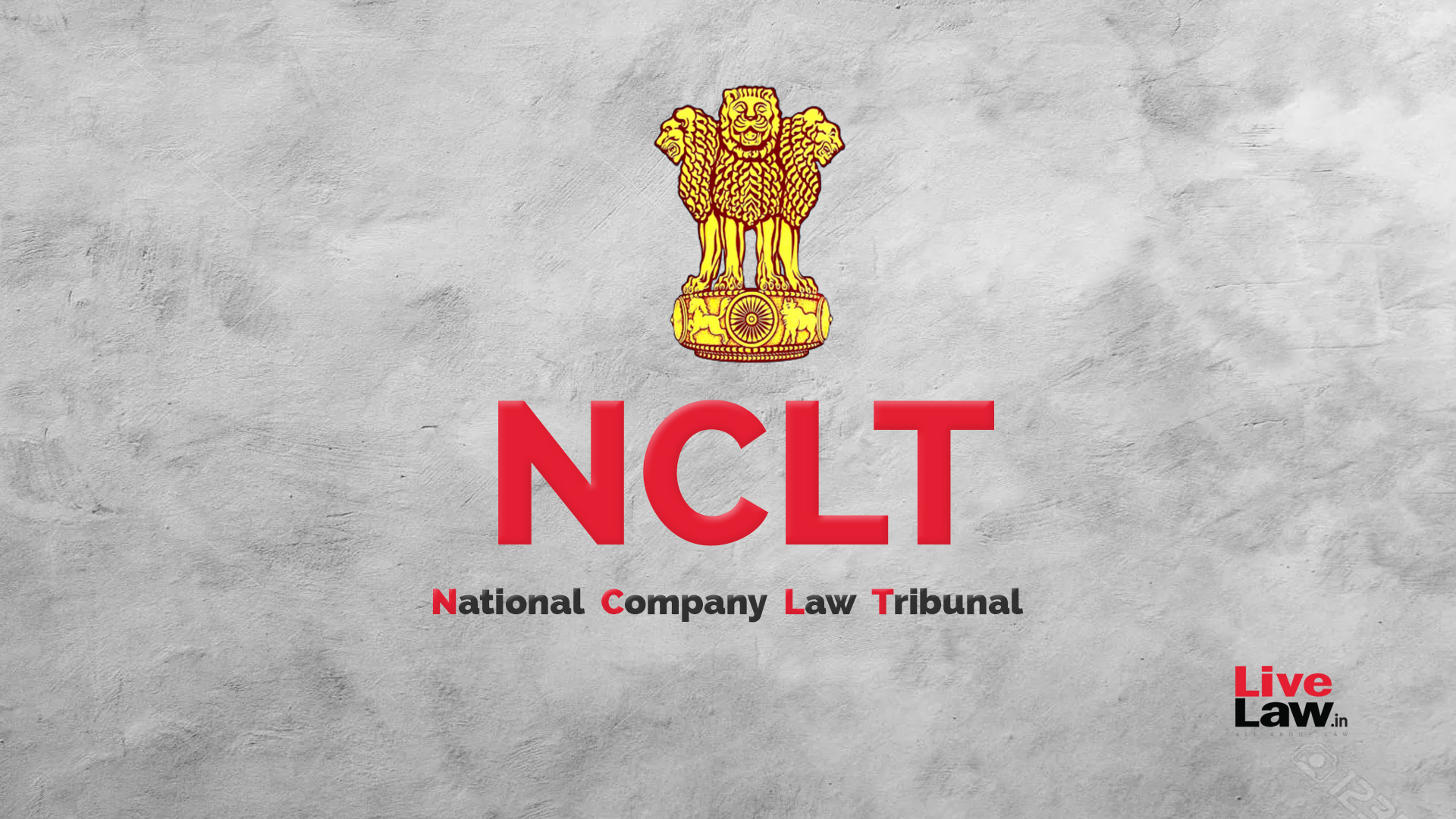 NCLT Kolkata Bench comprising Shri Rajasekhar V.K. (Judicial Member) and Shri Balraj Joshi (Technical Member), while deciding interim applications in the matter of Ramsarup Industries Ltd., has held that just because the liquidation value is being projected higher than the value of the resolution plan, the Corporate Debtor cannot be sent into liquidation for this reason alone. The object...

NCLT Kolkata Bench comprising Shri Rajasekhar V.K. (Judicial Member) and Shri Balraj Joshi (Technical Member), while deciding interim applications in the matter of Ramsarup Industries Ltd., has held that just because the liquidation value is being projected higher than the value of the resolution plan, the Corporate Debtor cannot be sent into liquidation for this reason alone. The object of the IBC is to put the Corporate Debtor back on its feet for the larger benefit of all the stakeholders, not just the creditors.

Ramsarup Industries Limited ("Corporate Debtor/Corporate Applicant") had approached the Adjudicating Authority of NCLT, Kolkata under Section 10 of the IBC and was accordingly admitted to Corporate Insolvency Resolution Process ('CIRP') on 08.01.2018. The common order dated 07.04.2022 has been passed by the NCLT Bench while deciding three interim applications together filed by various stakeholders in the matter.

Background Of The Dispute

After the Corporate Debtor was admitted to CIRP, a resolution plan was submitted by SS Natural Resources Ltd. ("Successful Resolution Applicant"/ "SRA") which was approved by the CoC with 74.41% of voting share. Subsequently, the resolution plan was approved by Adjudicating Authority (NCLT, Kolkata) on 04.09.2019. A monitoring agency to oversee the implementation of the successful resolution plan was constituted consisting of 6 members, i.e. the Resolution Professional, 2 members of SRA, 3 representatives of CoC namely CFM Asset Reconstruction Private Limited ("CFM-ARC"), Punjab National Bank ("PNB") and Axis Bank Limited ("Axis Bank").

The Chairman of the Monitoring Agency had issued a notice dated 17.05.2021 calling for 7th meeting of the Agency on 20.05.2021. In the said meeting the SRA had expressed its willingness to implement the Resolution Plan subject to some conditions; it also declined to give consent for release the upfront payment to meet CIRP cost; and objected to the utilization of performance security until the Vanguard appeal was pending before the Supreme Court. Other members of Monitoring Agency apprised the SRA regarding the need for unconditional implementation of the Resolution Plan and demanded that SRA should compensate the Financial Creditors for delay in implementation of the plan.

Thereafter, on 23.05.2021 the SRA had addressed an email to the Monitoring Agency, highlighting that the demand to compensate Financial Creditors is unjustified; sought permission for depositing the CIRP cost in an Escrow account and that the disbursement of CIRP cost, Performance Security and interest thereon be kept on hold until the Vanguard's appeal is decided by the Apex Court.

These circumstances led to filing of three interim applications before the Adjudicating Authority, NCLT Kolkata by CFM-ARC and SRA.

It was filed on 08.06.2021 by CFM-ARC against the SRA and the Monitoring Agency under Sections 33(3), 33(4) and 60(5) of the Insolvency and Bankruptcy Code, 2016 ("IBC") seeking liquidation of the Corporate Debtor; a direction to the Monitoring Agency to forfeit the Performance Security amount deposited by the SRA under regulation 36B(4A) of the IBBI (Insolvency Resolution Process for Corporate Persons) Regulations, 2016 and to utilize the same towards CIRP costs and other outstanding expenses; and to appoint a liquidator.

The second application was filed by the SRA against the erstwhile Resolution Professional and CFM-ARC under Section 60(5) of the IBC seeking directions to the respondents to cooperate in the implementation of the approved Resolution Plan.

The third application was filed by CFM-ARC against the SRA and the Monitoring Agency under Section 60(5) of the IBC seeking payment of interest by the SRA from the date of approval of the Resolution Plan, i.e., 04.09.2019, till the implementation of the Resolution Plan by the SRA. The basis of claim was that the SRA had delayed implementation of the Plan which depleted the time value of money and resulted in loss of business opportunity for the creditors and other stakeholders.

These applications were jointly heard by the Bench.

Contentions Of The Parties

Contentions Of The SRA

The counsel for SRA argued that Vanguard was the owner of the land in which the factory of the Corporate Debtor was situated and the Resolution Plan provided that the land will come to the Corporate Debtor. Therefore, the appeal filed by Vanguard before the Apex Court held importance. The counsel placed reliance on the Supreme Court judgment of Swiss Ribbons Private Limited v Union of India, (2019) 4 SCC 17, wherein the Court had held that the intent of the IBC is to discourage individual actions for enforcement and settlement to the exclusion of the general benefit of all creditors. Reliance was also placed on Babulal Vardharji Gurjar vs Veer Gurjar Aluminium Industries Pvt. Ltd. & Anr., (2020) 15 SCC 1, wherein the Supreme Court had held that the primary focus of the IBC is to ensure revival and continuation of the Corporate Debtor and, as far as feasible, to save it from liquidation and that the IBC not a mere recovery legislation for creditors. The counsel while referring to the judgment of Maharashtra Seamless Ltd. v Padmanabhan Venkatesh & Ors., (2020) 11 SCC 467, argued that the prayer for liquidation was not tenable at this juncture as the Supreme Court has already held that even if the liquidation value is more than the value of the plan, the plan should be accepted since the liquidation value is of no relevance and in the instant case the SRA ready and willing to honour its commitment under the Resolution Plan.

The counsel further contended that NCLT is not a forum for creditors to come up and ask for interest for delay as no such substantive provision has been incorporated in the IBC or its Rules by the legislature itself.

The counsel for PNB and the workers of the Corporate Debtor contended that one more chance should be given to the SRA without any pre-condition.

Observations Made By The Bench

The Bench observed that the land standing in the name of Vanguard Credit & Holdings Pvt. Ltd. was the centre piece of the entire Resolution Plan. It further observed that the SRA had indeed taken a number of steps to implement the Resolution Plan and has also made a total payment of Rs. 59.85 Crore, including EMD and Performance Security Amount. The Bench held that the SRA's request of keeping the payment made it in an Escrow account and not distributing it to the creditors as it may cause irretrievable harm to the SRA, is reasonable.

Liquidation Is The Last Resort

The Bench while considering the decisions passed by the Supreme Court in Swiss Ribbons Private Limited v Union of India and Babulal Vardharji Gurjar vs Veer Gurjar Aluminium Industries Pvt. Ltd. & Anr., held that liquidation should be the last resort, when everything else has been attempted and failed. It further observed that in the present case, a successful resolution applicant is ready and willing to implement the approved resolution plan as it is, therefore, despite of certain delays in the resolution process, the SRA has parked the entire resolution amount in an account separately earmarked for this purpose. This amount is now ready and available for utilization by various stakeholders.

The Bench dismissed I.A. (IB) No.538/ KB/2021 which was filed by CFM-ARC seeking liquidation, stating that the only reason why it has been filed is because the liquidation value is more than the enterprise value, but that cannot be a ground for sustaining the application, nor is it in line with the objects of the IBC, as IBC is not about maximizing value at all costs even if it means corporate death, which will inevitably ensue if the company is sent into liquidation.

The Bench held that the use of the term "shall" in section 33(4) of IBC, which empowers the Adjudicating Authority to pass a liquidation order if Corporate Debtor contravenes the provisions of the resolution plan, will have to be construed as per facts of each case, no mechanical interpretation can be given which presupposes that once a default is established, then liquidation should be the result, as the same would not subserve the purposes of the IBC. A purposive interpretation is called for when it comes to construction of the terms used in IBC.

The whole idea of IBC is to put the Corporate Debtor back on its feet for the larger benefit of all the stakeholders, not just the creditors. A Corporate Debtor is a fully functional enterprise and is generating value for the economy, apart from providing employment to a sizeable number of people. The present applications will have to be seen in the larger context of the objectives sought to be achieved.

The Bench further observed it would be better to look at the value addition that a running enterprise would bring over the long term to the economy and various stakeholders, rather than its projected liquidation value. Liquidation does not necessarily satisfy the projected liquidation value, and the liquidator has had to reduce the reserve bid in order to find buyers. Therefore, at least in the present compendium of facts it is a mirage that is best not pursued.

Decision Of The NCLT, Kolkata Bench

The Bench took into account that the SRA has deposited a sum of approximately Rs. 322 Crore, which represents the entire resolution amount, in a separate account and it can be transferred to the Corporate Debtor's account without any further delay and passed the following orders:

"(a) The full resolution plan amount now parked in a separate account, be transferred to the account of the Corporate Debtor without further ado, and in any case, no later than five days from the date of this Order.

(b) The said amount be distributed in accordance with the approved Resolution Plan immediately upon receipt. The entire process be completed within a period of one month from today.

(c) The management of the Corporate Debtor be transferred to the Successful Resolution Applicant shortly thereafter.