Insolvency & Bankruptcy Code - 2018 Annual Round Up 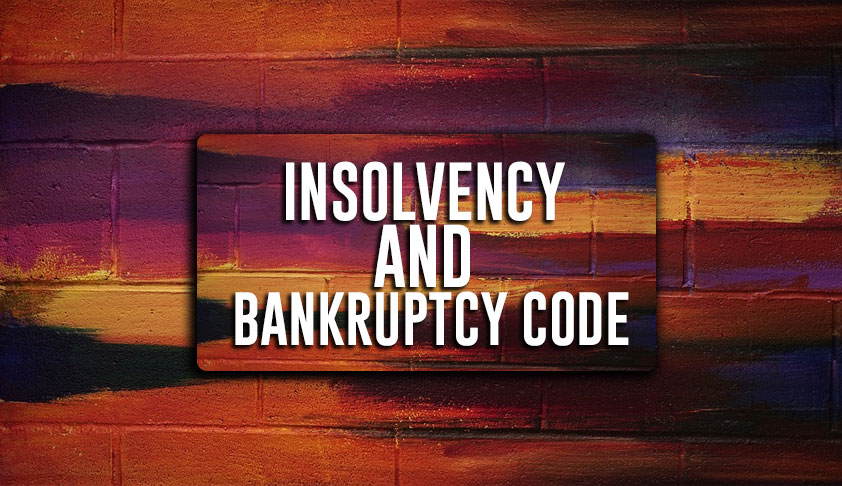 The year 2018 also witnessed major changes in the field of Insolvency and Bankruptcy Code(IBC).

While the year 2017 witnessed SC explaining the basic concepts of the nascent legislation, the year 2018 saw SC addressing more complex issues in relation to it.

Innoventive Industries explained IBC's objective and the procedure for initiating Corporate Insolvency Resolution Process(CIRP).The judgment also threw light on the concepts of "financial debtor" , "operational debtor", "dispute" etc under IBC. Mobilox decision rendered clarity to the concept of dispute in relation to operational creditor. It was held that in case of an operational debtor, to stall CIRP, it was not necessary that a court proceeding in relation to dispute was pending; mere existence of dispute, irrespective of pendency of legal proceedings, would suffice.

The 2018 decisions of SC and NCLAT were mostly based on the principles elucidated in the said two decisions.

A quick recap of the major developments of 2018 in IBC is given below :

The first amendment  to IBC was made as per Act notified on January 18, 2018.

The amendment took force with effect from November 23, 2017, replacing the Ordinance.

It extended the application of IBC to personal guarantors of corporate debtors and proprietorship firms, by amending Section 2. It also introduced Section 29A prescribing the class of persons who are ineligible to participate in the resolution process. This ensured that unscrupulous promoters of the distressed company will not derive benefits out of the process.

It restricted people, who with their misconduct contributed to defaults of companies, from regaining control of the corporate debtor

The amendment to Section 35 ensured that assets of the company will not be sold to disqualified persons.

The second amendment to IBC was made as per Act notified on August 17, 2018, with effect from June 6, 2018. It replaced the amendment ordinance promulgated in June.

After the amendment, home-buyers are also treated as financial creditors. This is  done by expanding the definition of 'financial debt' as given in Section 5(8) of the Code. The amendment included an explanation after clause(f) of Section 5(8) as follows : "any amount raised from an allottee under a real estate project shall be deemed to be an amount having the commercial effect of a borrowing"

Section 238A inserted by this Act made Limitation Act applicable to IBC proceedings. It reduced the voting threshold in the CoC as 66% from 75%.

On August 9, the SC vacated the stay of insolvency proceedings against Jaypee Infratech Ltd in NCLT Allahabad.

The SC noted that after IBC second amendment, homebuyers are treated as financial creditors. Therefore, their  representation is ensured in the CoC.

The Court also rejected the offer made by the promoters of JIL for reconstruction of debts. Referring to the newly introduced Section 239A, the Court held that the promoters were disqualified from submitting resolution plans.

The request by the homebuyers for pro rata distribution of the amount deposited in SC by the promoters amongst themselves was not acceded by Court.  The Court held that homebuyers were just one among the class of creditors, having no preferential claim.

Moratorium will not apply to guarantor

The SC held in State Bank of India v Ramakrishnan that moratorium under Section 14 of the IBC will not apply to personal guarantor of the corporate debtor.

"Section 14 refers to four matters that may be prohibited once the moratorium comes into effect. In each of the matters referred to, be it institution or continuation of proceedings, the transferring, encumbering or alienating of assets, action to recover security interest, or recovery of property by an owner which is in possession of the corporate debtor, what is conspicuous by its absence is any mention of the personal guarantor. Indeed, the corporate debtor and the corporate debtor alone is referred to in the said Section. A plain reading of the said Section,therefore, leads to the conclusion that the moratorium referred to in Section 14 can have no manner of application to personal guarantors of a corporate debtor", held the bench of Justice R F Nariman and S K Kaul

The Court noted that Section 14(3) was amended by the Second Amendment Act to state that guarantors are excluded from moratorium. An argument was advanced that this exclusion will apply only from the date of amendment. However, this argument was rejected holding that the amendment was 'clarificatory' in nature, clarifying the existing provision.

Upholding a Delhi High Court judgment which held that moratorium under the Insolvency and Bankruptcy Code (IBC) will apply to the order of Income Tax Appellate Tribunal, the Supreme Court held in PR Commissioner of Income Tax-6, New Delhi v. Monnet Ispat & Energy Limited that IBC will override anything inconsistent contained in any other enactment, including the Income Tax Act.

The conclusion was based on Section 238 of the Act.

In B K Educational Services v Parag Gupta and others, the SC held that limitation under Section 238A of the IBC is applicable from the inception of the IBC.

The Code cannot be triggered for a debt which stood time barred at its inception, ruled the bench of Justices R F Nariman and S K Kaul.

"..the expression "debt due" in the definition sections of the Code would obviously only refer to debts that are "due and payable" in law, i.e., the debts that are not time-barred", observed the Court.

The amendment introducing Section 238A was held to be clarificatory in nature, and hence applicable retrospectively.

In K Kishen v Vijay Nirman Company Pvt Ltd, the SC held that Sec.9 application cannot be admitted when proceedings under Section 34 of the Arbitration and Conciliation Act challenging arbitration award are pending.

The Court also added that IBC process cannot be used "in-terrorem" as a means for debt recovery.

The Court held that overriding provision under Section 238 IBC was not applicable in the instant case, as there was no inconsistency between Arbitration Act and IBC.

Dishonour of cheque a financial debt despite pendency of case

The pendency of proceedings under Section 138/441 of the Negotiable Instruments Act, 1881 cannot be considered as a dispute pending before a court of law, and hence, cannot be used as a reason for rejection of an application under Section 9 of the Insolvency and Bankruptcy Code.

The NCLAT held that NCLT, the 'adjudicating authority' under the Insolvency and Bankruptcy Code, was not a 'court' or a 'tribunal' and hence cannot decide the legality of a foreign decree.

It was held that an application under Section 7 of the Insolvency and Bankruptcy Code, 2016 cannot be rejected on the ground of "usurious and extortionate penal interest", which is governed by Usurious Loans Act, 1918.

The Tribunal noted that the Supreme Court had held in Innoventive Industries Ltd  that corporate debtor cannot maintain appeal.

The NCLAT  declared illegal the admission of application under Section 7 of the Insolvency and Bankruptcy Code after settlement between the parties. It was held the company could not have been said to be in default after settlement

Approval of Ultratech's plan for Binani

On November 14, the NCLAT upheld the revised resolution plan submitted by Ultratech Ltd for the distressed Binani Cements Ltd.

The Tribunal held that the CoC acted in a discriminatory fashion by refusing to consider the revised plan submitted by Ultratech. The CoC accepted the plan of Rajaputana.

It was noted that Rajaputana offer discriminated some of the financial creditors who are equally situated and not balanced other stakeholders, such as operational creditors.

The ruling was a notable instance of Tribunal interfering with CoC decision. The NCLAT decision became final when the SLP filed against it got dismissed by the SC.