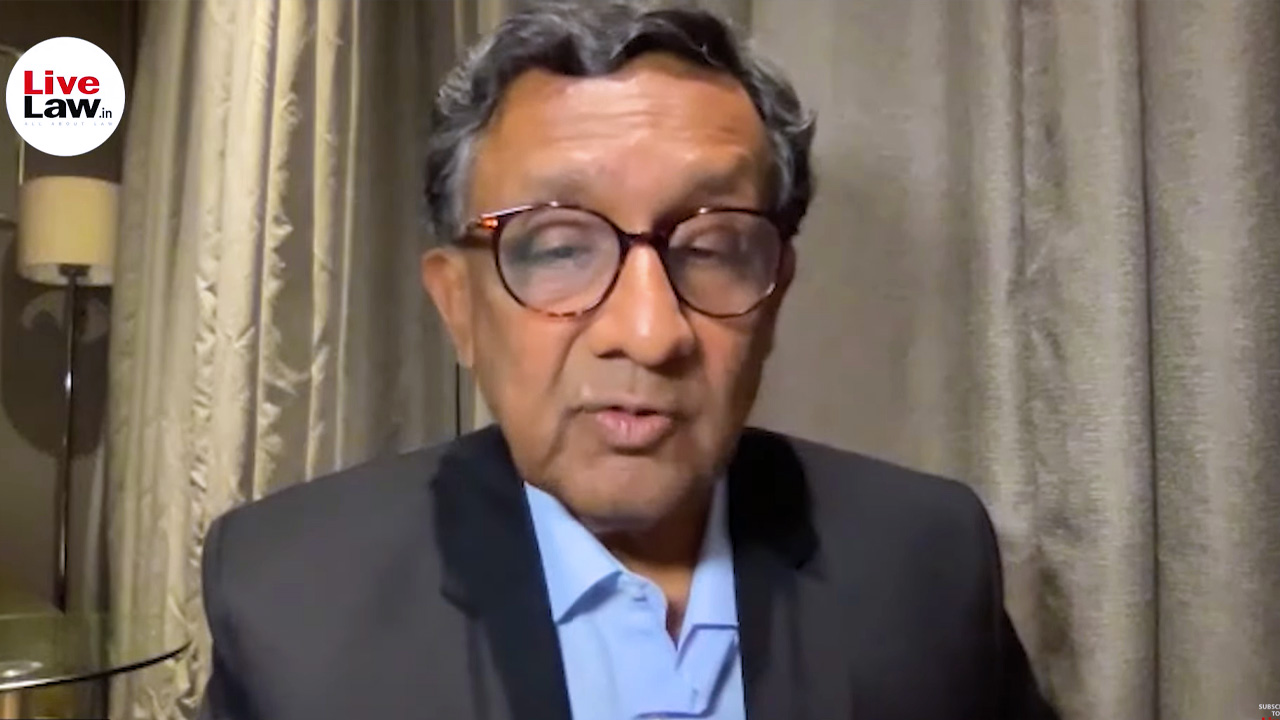 According to renowned academician Professor Dr. Mohan Gopal, the Supreme Court's majority judgment which upheld the reservation for Economically Weaker Sections (EWS) as introduced by the 103rd Constitution Amendment is comparable to the infamous emergency era judgment in the case ADM Jabalpur vs Shivkant Shukla.

"This is the ADM Jabalpur moment for social justice", he said speaking in an interview with LiveLaw.

But he added that there are "two HR Khannas" in this case, referring to the dissenting views expressed by Chief Justice of India UU Lalit and Justice S Ravindra Bhat.

"We must understand that two very experienced judges after careful consideration have said not only that this is unconstitutional but also that it destroys the social fabric of equality".

Professor Gopal explained that confining the EWS quota only to the forward classes, excluding the poor among the SC/ST/OBC categories, will destroy the social fabric of equality. This scheme undermines the concept of reservation as a tool for representation.

"Reservation is only a tool for representation and reservation is a dangerous tool if it is used beyond that. It should not be allowed to run loose in society because it will eat up the equality of opportunities", he said. What the EWS does is to confer benefits to the classes who have more than adequate representation in education and services.

Article 16(4) of the Constitution, which allows reservation for backward classes in services is subject to the condition that they are not adequately represented. However, there is no such rider for the 10% EWS quota in services, which has been introduced as per the newly introduced Article 16(6).

The majority judgment has not dealt with these aspects, he opined.

EWS reservation is to give reservation to those who are more than adequately represented and prevents the transformation of Indian state as a representative State : Mohan Gopal.#SupremeCourtOfIndia pic.twitter.com/ylymLU9GKn

Professor Gopal criticised the view taken by the majority judgment that the exclusion of the poor among the SC/ST/OBC from EWS is to prevent the conferring of "double benefits". He pointed out that SC/ST/OBC persons are not excluded from other forms of reservation like disability reservation.

"So we know this is a false argument that there is double reservation. So what can be the the genuine reason? Why you are picking out SC/ST/OBC reservations as wrong reservation while saying others must also get the similar kind of reservation? Why this concerted attack on that? Have we heard a serious attack that EWS will reduce merit in public employment or in education? So why this singling out of reservation for a SC/ST/OBC?", he continued asking.

"To get an answer to that you'll have to understand that what's really going on here has nothing to do with poverty or economic weakness. It has to do with the transformation of the Indian State Judiciary and Executive to being controlled by an oligarchy of a few communities that monopolize the top opportunities where powerful decisions are made. EWS quota is the reservation for the over-represented", he said.

"So you are targeting the groups that are unrepresented. Because you do not want the transformation of the Judiciary and the Executive from being unrepresented and oligarchic to becoming representative and democratic. So the real purpose of EWS is an attempt by the oligarchy to prevent the democratic transformation of the Indian State from an oligarchic state to a representative state by stopping the entry of unrepresented classes by perpetuating the myths that they're without capacity and without merit. Actually your real purpose is you want to maintain a monopolistic oligarchic control of the Judiciary and the executive. That's the real issue here. Those who are excluded are the unrepresented. You have carved out 10 percent of employment and 10 percent of Education and made it representation proof. In this 10 % there shall be no representation. There shall only be the oligarchy".

He pointed out that the beneficiaries of the EWS reservation are the lower middle class among the forward classes, while the poorest among the poor are excluded from it.

There is a misconception that the reservation for Socially and Educationally Backward Classes is a "caste-based reservation", he said. This is a deliberate distortion perpetuated by the dominant classes. The Constitution does not restrict the reservation under Article 15(4) and 16(4) to particular castes. Any backward class can secure the said reservation irrespective of caste or religion. In fact, in some states, certain classes of Brahmins are given SEBC reservation, he said.

"We must understand the proposition that economic criteria can be a basis of reservation as subject to the requirement that it must be for the purposes of addressing inequality in one form or the other, inequality which is the result of discrimination, exclusion or lack of representation", he said.

He further said that economic criteria must not be merely income criteria. It must be broad concept which looks at the issues of resources. It includes multi-dimensional aspects. So when we look at economic criteria, we should not mistake it as financial criteria and and simply income based criteria. It is a much broader concept multi-dimensional concept that sort of merges with the idea of social economic backwardness.

Article 46, when it refers to economically and educationally weaker sections, means that because of economic and educational factors, a group(not individuals), have no capacity to resist backwardness.

Majority view will be further challenged

Dr.Gopal said that the majority judgment will be further challenged.

"The struggle will continue. But I feel the way forward is we will continue to challenge some of these details in the court. By making challenges, we know we won't win. But we will be able to hold the state accountable and get them to answer and they if they cannot justify what they're doing, that will become transparent to the whole public and that will help them to make a decision as to whether this action is right or wrong", he said.

He said that the real solution is political mobilisation to nullify the 103rd amendment through a future amendment.

The interview can be watched here