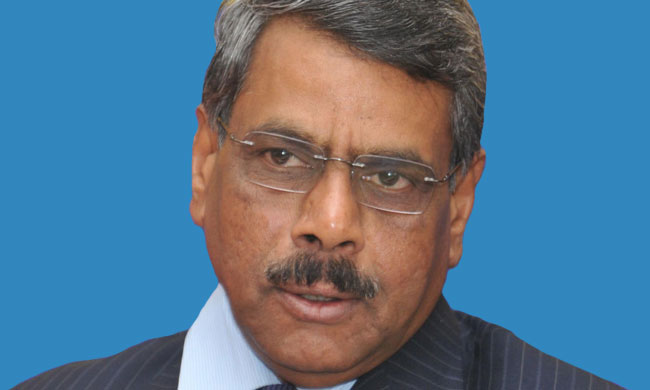 In its order passed on January 16, Principal Bench of National Green Tribunal, while appointing State Level Monitoring Committees, observed "The issue of solid waste management is of paramount importance for the protection of the environment. Failure to address this issue in a satisfactory manner, impacts 'Air pollution' as well as 'Water pollution'."Justice Subhash Adi, Chairman, NGT State...

In its order passed on January 16, Principal Bench of National Green Tribunal, while appointing State Level Monitoring Committees, observed "The issue of solid waste management is of paramount importance for the protection of the environment. Failure to address this issue in a satisfactory manner, impacts 'Air pollution' as well as 'Water pollution'."

Justice Subhash Adi, Chairman, NGT State Level Monitoring Committee for Solid Waste Management, (SWM) Karnataka, spoke about the present status of implementation of SWM rules, 2016, in Karnataka. He elaborated on measures, suggested/adopted for improving the environment in Bengaluru, in coordination with authorities and citizens.

Q: Since your appointment in February, what kind of progress has happened in the implementation of Solid Waste Management rules in Karnataka and especially in Bengaluru?

In Karnataka, 11, 085 Metric Tonnes (MT) of waste is generated every day. The major problem is only Bengaluru. As per estimated figures, it generates around 5,600 MT, out of which household is 4,200 MT and bulk generators, around 1,400 MT. Even today, more than 50 percent of the waste generated is going to landfill. Around Rs 700 crore is spent on establishing seven processing centers by the corporation. Amongst them only two to three are functioning. The main problem is wet waste. Dry waste is not much of problem. Wet waste, immediately gives bad smell the odor is big problem, so nobody allows a processing centre near their house. Because, they can't live there, it pollutes, the Air, secondly residents are unhappy as more mosquitoes/flies will be there, and nobody can even force them to live like that. So this system, adopted by the civic body has to change.

SA: If there is a possibility to manage waste at source, much problem can be solved. From June 5, "My waste my responsibility," campaign has begun. Every household must segregate waste. System is still not developed as even if waste is segregated the person who collects will mix up. Now only wet waste is collected on daily basis. This process has little bit improved. Dry waste will be picked up once or twice in a week dependent on density of population etc and hazardous waste once in two days. These are temporary measures.

Q: The problems which you have identified over these months which led to non-implementation of SWM rules.

SA: Major problem is black spots, where there is lot of garbage dumped. We are encouraging people to compost at ward level. We have directed ward commissioners, to identify places where minimum composting can be done. So that maximum composting is done at ward level, wet waste should not go to processing unit or land fill. Transport is avoided, the health problem is avoided and composting is done in these wards. It is picking up; most of the wards are adopting but for this corporation needs funds. A centre in Koramangala area, Kalika Kendra, a voluntary organisation, where they have displayed how to compost and from small quantity to large quantity. That particular ward has itself become a model.

Q: Is the landfill where waste generated from Bengaluru is dumped reaching the brim.

SA: Using landfill is banned. But they have no choice now, as processing units are not functioning properly. This method has to be done away with. Decentralizing has to be done. If you control wet waste, you will control everything. Nobody will oppose if you have a dry waste centre, it will not cause any harm, where there is only segregation.

Q: From September 1, the plastic ban rule will be strictly enforced in Bengaluru. Do you feel the city is ready for it?

SA: September 1, is deadline. Heavy fine will be imposed thereafter. No plastic carry bags will be available. As of now also it is not there. But from September 1, street vendors, who do not follow, their goods will be seized. So he should, know that if he does there will be some punishment. Hotels also where they give food in plastic is totally banned.

Q: Any regulations for food delivery supply, aggregators and hotels to minimize use of plastic?

SA: Plastic boxes are used, or some paper glass for tea/coffee/cold drink. But that also we are trying to avoid. We called officials of Swiggy/Zomato and others, and suggested them to shift to using steel. You take deposit from customers on booking, deliver and later get it back. Hotels should also provide in steel boxes by taking deposit. This is economically costly, amount of things a delivery person can carry with plastic is also more than as compared to steel. But you have to adjust and you cannot continue doing this. We have also told them to use an alternative, carrying materials.

Q: Consumption over the years has increased. Do you think the online sale companies have added to generation of waste in Bengaluru?

SA: Amazon and other companies, we are calling a meeting and will be suggesting them to take up responsibility, to collect dry waste of their own. We will be suggesting them to establish their own collection centers at different places. Otherwise, you pay, heavy amount to the corporation. Earlier, you used to get loose items, now due to easy accessibility to purchase products online you are getting more packed things. Under 'extended responsibility of producer' we are also asking them to recycle it.

Q: Bengaluru has a large number of block housings like armed force; Government quarters are they being roped in to manage their own waste?

SA: We are calling a meeting of the armed force, Universities, Staff quarters, to ensure that no garbage comes out from there. All Universities deemed or otherwise, Education institutions, all government quarters. We are making compulsory composting for them. This will reduce the pressure.

Q: What is your goal in the coming months?

SA: As far as possible I will not allow anything to go to the processing units. See that everything is consumed at the ward levels. BBMP officials are keen but local representatives, have some reservation. If their (Local Councilors) participation is ensured, they can control the ward and motivate people.