Senior Advocate Sanjay Hegde, whose twitter account was suspended twice last week, is contemplating legal action against the social media giant.On Tuesday morning, he received an email from Twitter stating that his appeal against the suspension of the account has been dismissed "I have no doubt that the blocking is due to trolls instigating, Twitter should not be party to it. Twitter can't...

On Tuesday morning, he received an email from Twitter stating that his appeal against the suspension of the account has been dismissed

"I have no doubt that the blocking is due to trolls instigating, Twitter should not be party to it. Twitter can't muzzle free speech",  Hegde told LiveLaw.

Through his Twitter handle named "@sanjayuvacha", Hegde has been expressing fiery criticism of the Central Government on many issues. Before suspension, his account  had nearly 98,000 followers.

"I am left with no option but to migrate to an alternate platform like Mastodon and to take twitter and others to court on this. I am examining all options including courts outside India", he said.

"Twitter will find that its actions will not go unchallenged", asserted the senior counsel, who has led the legal fight in several socially relevant causes, the latest examples being his appearances in the Kashmir habeas corpus case and Aarey forest issue.

Asked whether fundamental right to freedom of speech can be enforced against a non-state actor like Twitter, Hegde had an interesting thing to say :

"Commercial corporations which monetize free speech, perform a public function and must therefore in India be held to international standards , enforced by Indian courts. There's no precedent but even if this is a test case, it would be interesting to see".

"When you offer a public platform, it is incumbent upon you to see that free speech is not blocked, to ensure that your processes are not allowed to be hijacked to stifle free speech or become an online muzzle", he added.

"A private corporation performing public functions will be amenable to constitutional scrutiny", he said. Hegde acknowledged that the proposition was at the "edges of law" and hoped that the law will develop in that direction.

Apart from the constitutional issue of infringement of freedom of speech, the matter raises issues of civil defamation as well, added Hegde.

"Twitter cannot be the East India Company of free speech and say I am the viceroy and I decide", he said.

Hegde said that the blockage was a result of an organized attack by "troll factories" and "IT cells", and certain organizations have claimed credit for suspending his account.

"Twitter should not be complicit in online lynching", he said.

Background of the issue

Citing depiction of "hateful imagery", Twitter blocked Hegde's account on Sunday, October 27, for posting the picture of August Landmesser wherein he refused to the Nazi salute at a rally, when everybody around him was doing it; a picture Hegde claims has been up for several months as his cover photo.

Hegde said that the cover image was an iconic picture against majoritarianism and was not a Nazi image as the Twitter's profiling system thought. 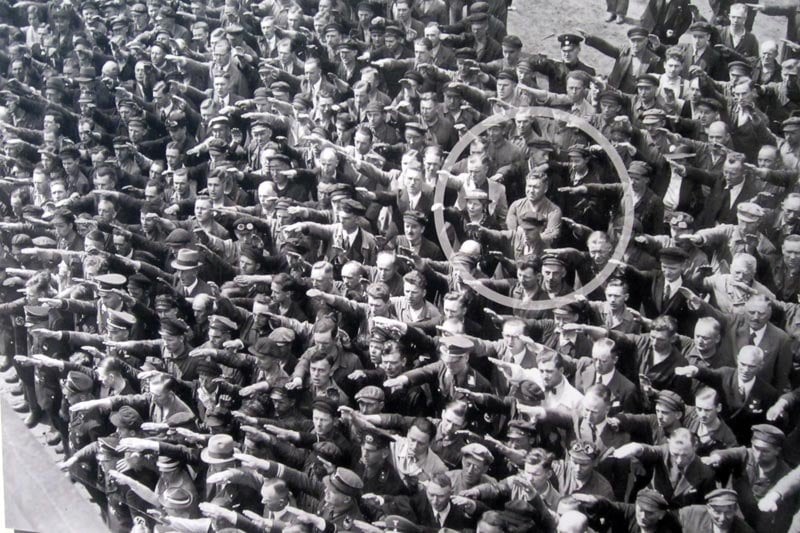 Following a massive virtual uproar in his favour, Twitter restored his account the next day, only to block it again, this time for sharing the poem titled "Hang Him". Hedge said that the said post dated back to 2017, where he had retweeted the poem posted by Kavita Krishnan, which dealt with the hanging of two peasant revolutionaries in Independent India.

Hedge was communicated that his account will be restored if he removes the "objectionable post" however; he chose to appeal against it, following which his account has been suspended. He has long been known as a strong proponent of free speech and he believes that "Only a country not yet rid of its colonial hangover of a government that commands and controls, labels dissent as seditious. A truly free nation will confidently view even its advocated destruction as a bad idea that will fail in the marketplace of ideas."

Indicating that Twitter's actions could be driven by "revenue model", Hegde was quoted saying,

"Twitter does not seem to take the same easy action that it takes against other people, including left-wing accounts. It is possible that there are revenue models also at play. At the end of the day, social media platforms like Facebook, Twitter, Google are corporations. Corporations now have not only access to free speech, they control free speech, they influence free speech."