The Concept Of 'Continuing Offence' Under Prevention Of Money Laundering Act 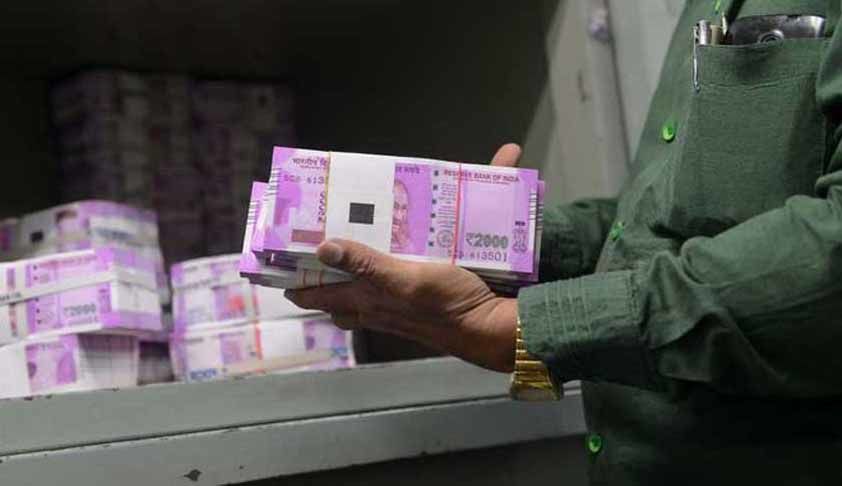 The provisions of Prevention of Money laundering act again caught attention when AM Singhavi argued that the act is being retrospectively applied in case of Mr. P. Chidambaram. Dr. Singhavi asserted that Mr. Chidambaram cannot be tried for an offence which was not a 'scheduled offence' under PMLA in 2007. However Solicitor general Tushar Mehta contended that the nature of offence...

The provisions of Prevention of Money laundering act again caught attention when AM Singhavi argued that the act is being retrospectively applied in case of Mr. P. Chidambaram. Dr. Singhavi asserted that Mr. Chidambaram cannot be tried for an offence which was not a 'scheduled offence' under PMLA in 2007. However Solicitor general Tushar Mehta contended that the nature of offence is continuing in nature hence there is no retrospective application in effect. Mr. Mehta further contended that as the money laundered is still in use and hence the accused person is getting benefit out of the crime which too is an offence under PMLA. It is pertinent to note that argument advanced by Mr. Singhavi derives its force form constitution of India which considers retrospective application of penal law a violation of fundamental right. Article 20(1) of the Constitution of India stipulates that no person shall be convicted of any offence except for violation of the law in force at the time of the commission of the act charged as an offence, nor be subjected to a penalty greater than that which might have been inflicted under the law in force at the time of the commission of the offence. It is pertinent to mention that the provisions of PMLA have been challenged time and again in courts of law on the ground of their retrospective nature.

In Mahanivesh Oils & Foods Pvt. Ltd. vs. Directorate of Enforcement[AIR 1973 SC 908] the High Court of Delhi held that in light of commission of money laundering offences observed that the first stage is Placement, where the criminals place the 'proceeds of the crime' into normal financial system. The second stage is Layering, where money introduced into the normal financial system is layered or spread into various transactions within the financial system so that any link with the origin of the wealth is lost. And, the third stage is Integration, where the benefit or proceeds of crime are available with the criminals as untainted money. There is much merit in this description of money-laundering and this also indicates that, by its nature, the offence of money-laundering has to be constituted by determinate actions and the process or activity of money-laundering is over once the third stage of integration is complete. The court further observed that a person concealing or coming into possession or bringing proceeds of crime to use would have committed the offence of money laundering when he came into possession or concealed or used the proceeds of crime. For any offence of money laundering to be alleged, such acts must have been done after the Act was brought in force. The proceeds of crime which had come into possession and projected and claimed as untainted prior to the Act coming into force, would be outside the sweep of the Act. In Hari Narayan Rai vs Union Of India & Ors[2010) 3 JLJR 475] the court held that only the date of laundering would be relevant for the purpose of section 3 of PMLA hence the date of procession of money for projecting it untainted is relevant for the purpose of law not the date of acquisition of money.

The courts including Supreme Court of India have held in numerous cases that a person cannot be punished for an offence which was not penalized at the time of commission. However in case of PMLA the issue is thorny as it renders the offence 'continuing' in the light of amendment inserted by Finance act 2019. The amendment added following provision to the act

(ii) the process or activity connected with proceeds of crime is a continuing activity and continues till such time a person is directly or indirectly enjoying the proceeds of crime by its concealment or possession or acquisition or use or projecting it as untainted property or claiming it as untainted property in any manner whatsoever.". (emphasis supplied)

The amendment also expanded the ambit of 'proceeds of crime' which now includes assets created through any criminal activity irrespective of being mentioned in PMLA. Sec.3 of the PMLA deals with provisions relating to "offence of money laundering". It previously read as follows:

"Whosoever directly or indirectly attempts to indulge or knowingly assists or knowingly is a party or is actually involved in any process or activity connected with the proceeds of crime including its concealment, possession, acquisition or use and projecting or claiming it as untainted property shall be guilty of offence of money-laundering. (Emphasis supplied)"

After the insertion of explanation a person will be guilty if he involved in one or more processes mentioned in amended section 3 of PMLA. The addition of phrase 'in any manner' has resulted into rendering the activities connected to proceeds of crime as a continuing offence. In Gokak Patel Volkart Ltd v. Dundayya Gurushiddaiah Hiremath[(1991) 2 SCC 141] the supreme court while discussing the meaning of continuing offence held that the question whether a particular offence is a 'continuing offence' or not must, therefore, necessarily depend upon the language of the statute which creates that offence, the nature of the offence and the purpose intended to be achieved by constituting the particular act as an offence. Similarly in Bhagirath Kanoria and Others v. State of MP[(1984) 4 SCC 222] the court affirmed that whether a particular offence is continuing offence depends upon the language and nature of the statute which creates that offence and most importantly on the purpose that is sought to be achieved by constituting the particular act as an offence. Now if we look at the purpose behind the amendment, it was made after the observation of Financial Action Task Force which observed that the concealment, possession, acquisition and use of the proceeds of crime were not criminalized earlier under Section 3 of the PMLA. If the amended provisions of Section 3 are read with Section 2 (1) (u) of the Act, process or activity connected with the proceeds of crime is a continuing offence till such time a person enjoys the proceeds of crime. In other words, the offence of laundering of proceeds of crime would not come to an end once the process of placement, layering is complete, but would continue till the fruits are enjoyed by the person concerned. In Sankar Dastidar V. Banjula Dastidar[2006 (13) SCC 470] the Supreme Court held that it is of the very essence of a continuing wrong that it is an act which creates a continuing source of injury and renders the doer of the act responsible and liable for the continuance of the injury. If the wrongful act causes an injury which is complete, there is no continuing wrong through the damage resulting from the act may continue. Going in line with logic of this ruling the offence of money laundering is a persistent offence till the benefits out of 'proceeds of crime' is enjoyed by the offender. The confusion regarding the continuing nature of offence has been cleared after the insertion of clarificatory clause in section 3 it cannot be said that there is retrospective application of the same in present case.

(The author is a third year law student of National Law School of India University, Bengaluru)