Does A High Court's Order Staying A Central Law Or Rule Apply Throughout The Country? 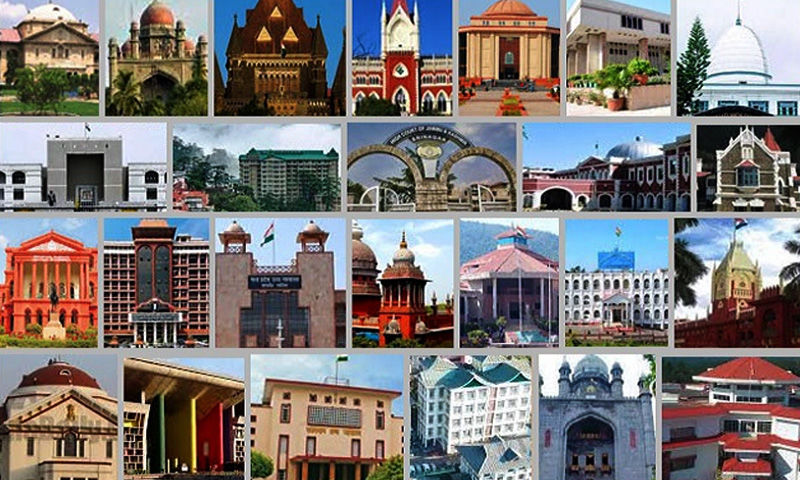 Many readers asked this doubt in the wake of the Bombay High Court staying the operation of the enforcement of the Digital Media Code of Ethics under the IT Rules 2021. This piece is an attempt to answer the issue.

The normal rule is that an order or a judgment of the High Court will operate only within its territorial jurisdiction. Article 226(1) of the Constitution says that a High Court shall have powers "throughout the territories in relation to which it exercise jurisdiction". This has been reiterated by the Supreme Court in several decisions (for ex, Ambica Industries v. Commissioner of Central Excise (2007), Durgesh Sharma v. Jayshree (2008)).

However, when it comes to a High Court's judgment against a Central law or a rule, the situation might be different.

In 2004, the Supreme Court in Kusum Ingots and Alloys Ltd. v. Union of India held that an order passed on a writ petition questioning the constitutionality of a Parliamentary Act, whether interim or final, will affect the territory of India subject to the applicability of the Act. A Division Bench of Chief Justice S.B. Sinha and Justice S.H. Kapadia held :

"An order passed on writ petition questioning the constitutionality of a Parliamentary Act whether interim or final, keeping in view the provisions contained in Clause (2) of Article 226 of the Constitution of India, will have effect throughout the territory of India subject of course to the applicability of the Act".

This was an obiter observation in the Kusum Ingots case as the main issue before the Court was whether the petition in question regarding the maintainability of the petition for alleged lack of cause of action within the territorial jurisdiction.

In this context, it is relevant to note that Article 226A inserted in the Constitution by the 42nd amendment provided that a High Court cannot consider the constitutional validity of a Central legislation. However, Article 226A was repealed shortly thereafter by the Forty-Third Amendment a year later.

The obiter observations in Kusum Ingot were followed by High Courts in certain instances .

The Madras High Court in Textile Technical Tradesmen Association v. Union of India (2011), held that a judgment of the Andhra Pradesh High Court which declared Section 17-A of the Industrial Disputes Act as unconstitutional, will have effect throughout the territory of India.  The Madras High Court expressly referred to the observations in Kusum Ingot case.

Likewise, in Shiv Kumar v. Union of India (2014), the Karnataka High Court held that a judgment of the Kerala High Court which read down Section 10A(1) of the Indian Divorce Act will apply throughout India.

"Keeping in mind the pronouncement of the Division Bench of the Kerala High Court and reading the same in the context of Kusum Ingots and Alloys Ltd, the position of law with regard to sub-section (1) of Section 10A of the Act is now been made clear, particularly, insofar as State of Karnataka is concerned", the High Court observed.

Favoring the applicability of a decision of one High Court against a Central law throughout the country, in Dr. T. Rajakumari v. Government of Tamil Nadu (2016), the Madras Court observed as follows,

"It is trite to say that once a High Court has struck down the provisions of the Central Act, it cannot be said that it would be selectively applied in other States. Thus, there is no question of applicability of provisions struck down by the High Court as of now until and unless the Hon'ble Supreme Court upsets the Judgment or stays the operation of the Judgment".  The Madras High Court made these observations while holding that the Delhi High Court's judgment striking down Section 2(p) of the PNDT Act was applicable throughout the country.

The Calcutta High Court, in a case challenging a notification issued by the Ministry of Environment, Forest, and Climate Change, observed that no orders were required from it as the High Courts of Gujarat and Karnataka have already stayed it. Although the High Courts dd not specify any reason for staying the notification, the Calcutta High Court observed that in view of the observations in Kusum Ingot, those stay orders will have country-wide effect.

In one case, the Kerala High Court held that the Gujarat High Court's decision which struck down Part IXB introduced in the Constitution by the 102nd amendment will have country-wide application.

"The Apex Court held that the order passed in writ petition questioning the constitutionality of the Parliamentary Act [whether the order be interim or final], will have effect throughout the territory of India, subject to the applicability of the Act. This being the position, the declaration made by the Gujarat High Court that the 97th amendment to the Constitution inserting Part IX B - as ultra vires to the Constitution, in turn striking down the same, is having application all over India [which of course, will be subject to the verdict to be passed by the Apex Court in the matter pending consideration, involving the challenge against the said verdict]", the Kerala High Court observed.

In  the case All India Jamiatul Quresh Action Committee v. Union of India (2017) the validity of Prevention of Cruelty to Animal (Regulation of Live Stocks, Markets) Rules, 2017, and the Prevention of Cruelty to Animals (Care and Maintenance of Case Property Animals) Rules, 2017 was in question. The Madras High Court had already stayed the operation of the Rules in another case.

While a batch of writ petitions challenging the Rules came before the Supreme Court, it observed that it understood the position as the stay order of the High Court applying throughout the country.

"Both the above Rules, we are informed, were challenged before the Madurai Bench of the Madras High Court, which has stayed the operation of the said Rules. Mr.P.S.Narasimha, learned Additional Solicitor General, informs this Court, that the Union of India is not seeking modification of the aforestated interim order. We accordingly record the statement of the learned Additional Solicitor General. We understand the position to be that the interim order shall apply across the whole country", the Court observed.