Dowry Death - No Conviction Under Section 304B IPC If Unnatural Death Is Not Established : Supreme Court 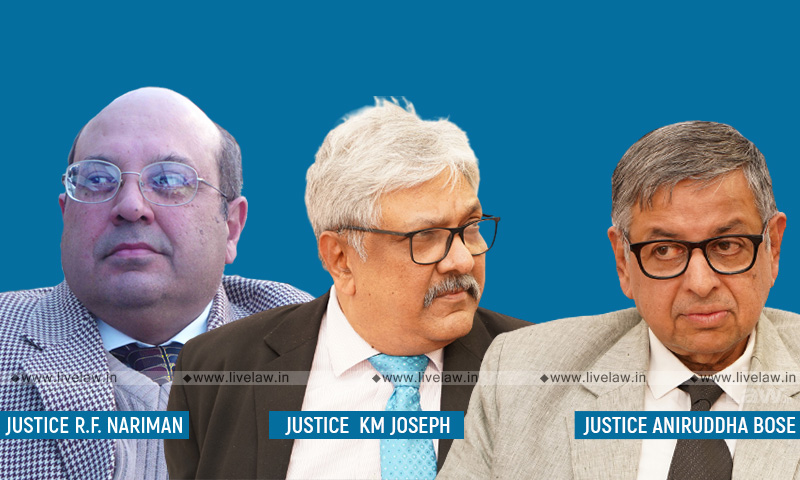 The Supreme Court has held that the offence of dowry death under Section 304B of the Indian Penal Code cannot be made out if the cause of death has not been established as unnatural.The Court also held that it has to be shown that the deceased wife was subjected to cruelty or harassment in connection with demand for dowry soon before her death.Holding that these factors were not established,...

The Supreme Court has held that the offence of dowry death under Section 304B of the Indian Penal Code cannot be made out if the cause of death has not been established as unnatural.

The Court also held that it has to be shown that the deceased wife was subjected to cruelty or harassment in connection with demand for dowry soon before her death.

Holding that these factors were not established, the Supreme Court set aside the conviction and life sentence awarded by the Uttarakhand High Court to three persons (husband, father-in-law and mother-in-law of the deceased wife) under Section 304B IPC(Sandeep Kumar and others v State of Uttarakhand and others).

The trial court had acquitted them holding that the offence of dowry death was not proved. However, the High Court reversed the acquittal on an appeal filed by the father of the deceased woman.

In the Supreme Court, a bench comprising Justices RF Nariman, K M Joseph and Aniruddha Bose set aside the High Court judgment and restored the acquittal awarded by the trial court.

Ingredients of the offence under Section 304B IPC

The judgment authored by Justice K M Joseph explained the ingredients of the offence under Section 304B IPC as follows :

"The ingredients of the offence are well-settled. A marriage performed within seven years before the death of the wife. The death must be unnatural. Soon before the death, the deceased wife must have been at the receiving end of cruelty or harassment, on account of demand for dowry. It is described as dowry death. The relatives concerned, including husband, become liable. Section 113B of the Evidence Act comes to the rescue of the prosecutor by providing for a presumption that a person has caused dowry death if, it is shown that soon before her death, she was subjected by such person for cruelty or harassment for or in connection with demand for dowry"(Paragraph 36).

The prosecution case was that the deceased had died of poisoning.

The Supreme Court held that this allegation was not proved on account of the following circumstances :

In this connection, the Court referred to the circumstances necessary to prove death by poisoning, as laid down in Sharad Birdhichand Sarda v. State of Maharashtra and Anant Chintamun Lagu v State of Bombay:

(1) there is a clear motive for an accused to administer poison to the deceased,

(2)that the deceased died of poison said to have been administered,

(3)that the accused had the poison in his possession,

The Court acknowledged that there are decisions to the effect that mere failure to recover poison from the accused is not a ground for acquittal (as laid down in Bhupinder Singh v. State of Punjab).

But with respect to the facts of the present case, the Court noted :

"As far as the facts of the present case is concerned,we have noticed that there is absolutely no evidence relating to poison in relation to the deceased. Were it a case of forcible poisoning,by using a corrosive poison, there would been some marks.There are none.If it were forcible poisoning by using any kind of poison, there would be struggle and resistance from the victim.

Even the material (wiper)recovered,according to prosecution,and which allegedly was used to clean vomit of the deceased,did not disclose any poison"

The Court also noted that there was an alternate cause of death suggested by the doctors as Tuberculosis. There was evidence of the victim undergoing treatment for Tuberculosis. That angle was not explored by the investigating officer, the Court noticed.

Oral evidence regarding demand for dowry

The Supreme Court noticed that the trial court had found the oral testimonies of the father, brother and a relative of the victim regarding the demand for dowry to be contradictory.

There were variations in the statements as to when the alleged demand for Rs 10 lakhs was made by the husband.

Admittedly, there was no demand for dowry at the time of marriage. The trial court also had held that since the allegation was that the husband sought Rs 10 lakhs for building a house on condition that he will pay it back, it cannot be regarded as dowry.

"It is to be noted that PW1 has admitted that there was no demand for dowry before or at the time of marriage. The marriage took place on 10.12.2009. The death was on 23.01.2011. ThoughPW1, PW3, PW4 and PW6 have spoken about harassment on account of dowry, the learned Sessions Judge did not find material reliable. It is to be noted that the version about the demand for Rs.10 lakhs is found wholly unacceptable. The Trial Court has the advantage of watching the demeanor of the witnesses".

In these circumstances, the presumption under Section 113B of the Evidence Act will not apply in the case.

"Section 113B of Evidence Act may not apply in this case for the reason that in order that Section 113B applies, there must be evidence that soon before the death of the person, which proves that the person,who is alleged to have caused death,treated the deceased with cruelty or harassed her or in connection with a demand of dowry"(Para 63).

The top court concluded that the High Court erred in reversing the acquittal of the trial court. The High Court exceeded the settled position that an acquittal should not be interfered with by the appellate court merely for the reason that an alternate view was possible.

Regarding the limitations on interference in appeal, the Court observed :

"It is well to remember that while the search of the truth and adjudicatory function of the judiciary are not strange bedfellows, these self-imposed limitations on the pursuit are based on the nature of jurisdiction. Every deviation from such limits could indeed result in grave injustice requiring correction to prevent miscarriage of justice. Excess of jurisdiction can have very serious repercussions, particularly when, what is involved is, personal liberty, which is inevitably at stake in a criminal trial"