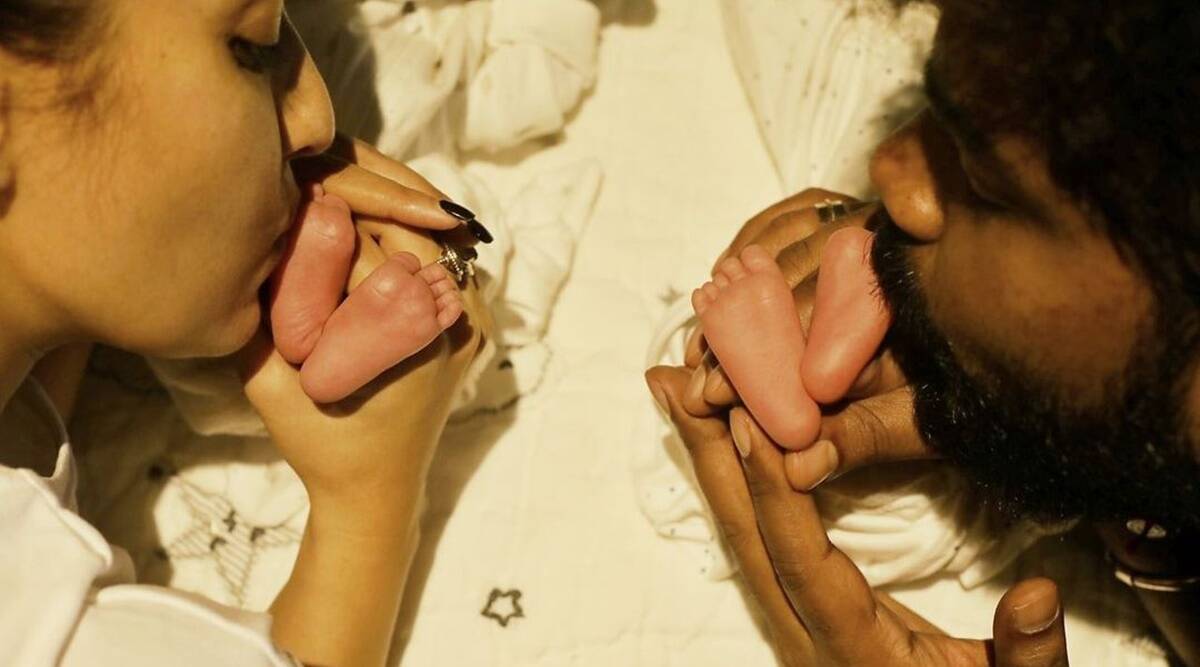 Actor Nayanthara and her husband filmmaker Vignesh Shivan on October 9 posted pictures of their twin babies on Instagram and other social media platforms. Within hours of the announcement about the newborns' birth, a controversy has erupted — questions are being raised whether surrogacy laws were followed by the couple.

During a presser, the Tamil Nadu Health Minister was asked a question regarding it by a journalist. The minister Ma Subramanian is reported to have said that the Directorate of Medical Services will look into the case. While not much is known about the process followed by the couple, LiveLaw explains the recently-enacted surrogacy laws in India.

Surrogacy is defined as a practice wherein one woman bears and gives birth to a child with the intention to thereafter hand it over to the intending couple. The parliament in December 2021 passed two laws - The Surrogacy (Regulation) Act and The Assisted Reproductive Technology (Regulation) Act. While the former governs the practice and process of surrogacy in India, the latter was enacted for regulation and supervision of the assisted reproductive technology clinics and banks. The Surrogacy (Regulation) Act provided a gestation period of ten months from the date of coming into force to existing surrogate mothers' to protect their well being.

The laws soon received assent from the President of India. Surrogacy (Regulation) Rules, 2022 was notified in June 2022. While commercial surrogacy is not allowed in India, such procedures are allowed only for altruistic purposes with many restrictions on the person seeking to apply under the law.

The two Acts have been described as discriminatory against the single man who may desire to become a father via surrogacy or the married woman who already has a child and is desirous of expanding her family through the procedure. A petition making such an argument is pending before the Delhi High Court. The Supreme Court has also issued notice on a petition filed by an IVF specialist challenging certain provisions of the Surrogacy Act and the ART Act.

According to the Surrogacy (Regulation) Act, only a married couple who has a medical condition necessitating gestational surrogacy can avail it - they have to first obtain a certificate of recommendation from a District Medical Board. An intending woman - who is a widow or divorcee between the age of 35 to 45 years- can also avail the surrogacy.

What does 'medical condition necessitating gestational surrogacy' mean? A woman can opt for surrogacy if

The intending couple - where the woman is of the age of 23 to 50 years and a man between 26 to 55 years- is eligible under the law. Only such intending couples can apply who have not had any surviving child biologically or through adoption or earlier surrogacy - an exception has been provided for the couples whose child is "mentally or physically challenged or suffers from life threatening disorder or fatal illness with no permanent cure".

Who is eligible to be a surrogate mother?

A married woman of the age of 25 to 35 years on the day of implantation, with a child of her own, can be a surrogate mother. She can act as a surrogate mother only once in her lifetime and with only three attempts of procedure are allowed.

The woman has to give a written informed consent for the purpose and also be medically and psychologically fit. Also, she has to be genetically related to the intending couple or intending woman. Under the rules, the intending woman or couple have to purchase a general health insurance coverage in favour of the surrogate mother for a period of 36 months to cover any postpartum delivery complications. No charges other than medical expenses can be given to the surrogate mother or her dependents or her representative by the intending couple or woman.

A surrogate mother can be allowed abortion during the process of surrogacy only in accordance with the Medical Termination of Pregnancy Act. She cannot have intercourse of any kind once the cycle preparation is initiated. She also cannot disclose the identity of the couple seeking the surrogacy.

An intending couple or intending woman can be sentenced to a maximum five years imprisonment and burdened with a fine of Rs five lakh rupees for the first offence in case it is found that surrogacy was undertaken for commercial purposes.

Shivan and Nayanthara married in June 2022 in Chennai - they were reportedly in a relationship since 2015. The couple have not made any public statement whether the newborn were conceived through surrogacy. The News Minute quoted a source saying that the twin babies were conceived through surrogacy. The law on surrogacy came into effect from January 25 and provides a gestation period of ten months to existing surrogate mothers' to protect their well being. Prior to coming in effect of the laws, the Indian Council of Medical Research had issued a 'Code of Practice, Ethical Consideration and Legal Issues' for clinics involved in such procedures. The guidelines said surrogacy by assisted conception should normally be considered only for patients for whom it would be physically or "medically impossible/undesirable" to carry a baby to term and that a surrogate mother should not be over 45 years of age.