Explainer : Rights Of A 'Shebait' In Property Dedicated To Deity 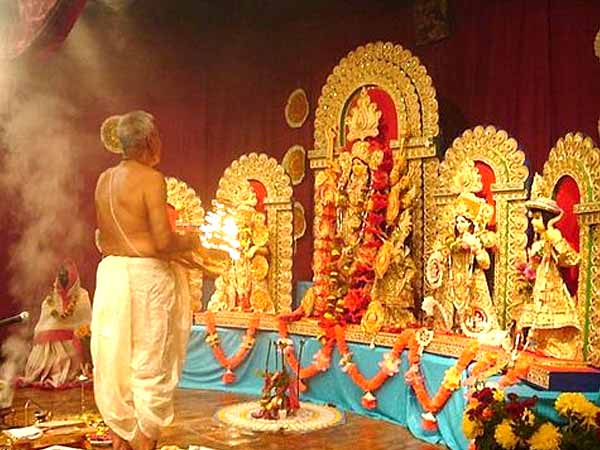 Who is a Shebait?A Shebait is one who serves and sustains the deity in the capacity of a manager of the debuttar property ( property vested with the deity).The property of the temple is regarded as vesting with the deity. However, it is in an ideal sense that the dedicated property vests in an idol, and in the nature of things, the possession and management of it must be entrusted to some...

A Shebait is one who serves and sustains the deity in the capacity of a manager of the debuttar property ( property vested with the deity).

The property of the temple is regarded as vesting with the deity. However, it is in an ideal sense that the dedicated property vests in an idol, and in the nature of things, the possession and management of it must be entrusted to some person as Shebait or manager. The Shebait is considered to be a human ministrant of the deity. He is the person entitled to speak on behalf of the deity on earth and is endowed with authority to deal with all its temporal affairs. The personal interest of the Shebait cannot be detached from the duties, such a transfer of Shebaitship would mean delegation of the duties of the transferor, which would not only be contrary to the express intentions of the founder, but would also contravene the very policy of law. Right of uraima or Shebaitship is considered by Hindu law as inalienable as the personal interest of Urallens / Shebaits cannot be detached from their duties. (B. K. Mukherjea on 'The Hindu Law of Religious and Charitable Trusts )

Relationship between Shebait and Deity

Now that the Ram Janmabhoomi- Babri Masjid case is in vogue again, the attention is also drawn to the relationship between Shebait and Deity. But the foremost question is -how is the holder of the position of the shebait ascertained? Observed by Lord Hobhouse in Gossamee Sree Greedharreejee v. Rumanlolljee Gossamee [16 IA 137] ,"the shebaitship is held to be vested in the heirs of the founder, in default of evidence that he has disposed of it otherwise, or there has been some usage, course of dealing, or some circumstances to show a different mode of devolution".

Hence, unless there the founder or the customs and usages dispose otherwise, shebaitship like any other species of heritable property follows the line of inheritance from the founder. Enunciated way back in 1954 (Sital Das v. Sant Ram ) and also reiterated in a 2018 judgment of Kutchi Lal Rameshwar Ashram Trust Evam Anna Kshetra Trust v. Collector, Haridwar, it was again held that these customs and usages that the Court must also keep in mind while appointing a shebait.

Besides the minor-guardian relationship between the deity and the shebait, there are other aspects in this relationship which are herein discussed.

Way back in 1922 in Vidya Varuti v. Balusami, the Privy Council clarified that the relation of a shebait in regard to debutter property is not that of a trustee to trust property under the English law; rather under Hindu endowment, the entire ownership of the dedicated property is transferred to the diety or the institution itself as a juristic person and the shebait or mahant is a mere manager.

But then the point to be noted is that the shebait has a share in the usufruct of the debutter property which depends upon the terms of the grant or upon custom or usage. Even where no emoluments are attached to the office of the shebait, he enjoys some sort of right or interest in the endowed property which partially at least has the character of a proprietary right. Thus, in the conception of shebaiti both the elements of office and property, of duties and personal interest, are mixed up and blended together; and one of the elements cannot be detached from the other. It is the presence of this personal or beneficial interest in the endowed property which invests shebaitship with the character of proprietary rights and attaches to it the legal incidents of property. This was elaborately discussed by a Full Bench of the Calcutta High Court in Manohar Mukherji v. Bhupendra Nath Mukherji.

But what is the beneficial interest of the shebait?

In Commissioner Hindu Religious Endowments, Madras v. Sri Lakshmindra Thirtha Suwamiar of Sri Shirur Mutt , Mukherjea, J., speaking for the unanimous Court, observed "The personal or beneficial interest of the Mahant in the endowments attached to an institution is manifested in his large powers of disposal and administration and his right to create derivative tenures in respect to endowed properties; and these and other rights of a similar character invest the office of the Mahant with the character of proprietary right which, though anomalous to some extent, is still a genuine legal right".

Although it is established that the ownership vests in the deity, but a little perplexity arises regarding the divestment of shebait's ownership which he held in his individual capacity prior to dedicating to deity. Maharani Hemanta Kumari v. Gauri Shankar Tewari, in 1940 expands on this proposition. A property can be dedicated for religious and public utility and not to any particular deity. But it cannot from this consideration be at once concluded that in any particular case there has been a dedication in the full sense of the Hindu law which involves the complete cessation of ownership on the part of the founder and the vesting of the property in the religious institution or object. There may or may not be some presumption arising in respect of this from particular circumstances of a given case, but, in the absence of a formal and express endowment evidenced by deed or declaration, the character of the dedication can only be determined on the basis of the history of the institution and the conduct of the founder and his heirs. Partial dedication may take place not only where a mere charge is created in favour of an idol or other religious object but also as Mr. Mayne in his well known work was careful to notice "where the owner retained the property in himself but granted the community or part of the community an casement over it for certain specified purposes." In the same case, the Allahabad High Court decided that "the plaintiff has only the right of reversion if ever the ghat ceases to be used as such" on which the Privy Council just noted that it was decided on the fact that the High Court considered it to be "dedicated to public".

Adding to the point made in Maharani Hemanta Kumari case, even in 1960 in Narayan Bhagwantrao Gosavi Balajiwale v. Gopal Vinayak Gosavi and in the most recent case of Shri Ram Mandir Indore v. State of Madhya Pradesh, the various factors to be considered in deciding whether the temple is public or not was stated. For example, in the former the revenue records where the grants were in the name of Devasthan and in the latter absence of blood relations in the successive pujaris were considered to conclude whether the temple was public or not . Another noteworthy thing, as decided in Sri Sri Iswari Bhubaneshwari Thakurani v. Brojonath Dey is that the dedication is not invalidated by reason of the fact that members of settlor's family are nominated as shebaits and given reasonable remuneration out of the endowment and also rights of residence in the dedicated property.

But even when there is complete dedication in strictest character the shebait does not loose every claim; it still remains that the possession and management of the dedicated property belongs to the shebait. [Maharaja Jagadindra Nath Roy Bahadur v. Rani Hemanta Kumari Debi ]

Shebait's right of possession and alienation

As we already know that despite being the owner of the property, the deity requires a human personality to act through it, which is the shebait. He must of necessity be empowered to do whatever may be required for the service of the idol and for the benefit and preservation of its property. The Court in Shakuntala Devi Dalmia & Anr vs Howrah Municipal Corporation has very categorically held that there is no provision that obliges a shebait to take prior permission of any court for alienating a property owned by the deity.

Although the Shebait has right of possession of the Debuttar's property, but if the document purports to create a permanent tenancy, it is invalid as beyond the competence of the grantor who was the, as held in the famous Privy Council case of Vidya Varutthi case., which only upheld the test of necessity and benefit of deity. Although this right can only be exercised in a case of need or benefit of the state, Lord Justice Knight Bruce in Hunooman Persaud Panday v. Munraj Koonweree held that if "the charge is one that a prudent owner would make in order to benefit the estate, the bonâ fide lender is not affected by the precedent mismanagement of the estate"

The important point that Vidya Varuthi case expands on is that except for unavoidable necessity, the head of a mutt cannot create any interest in the mutt property to enure beyond his life. A lessee, however, has not adverse possession. If the lessee's possession is consented to by the succeeding head, that consent can be referable only to a new tenancy created by him and there is no adverse possession until his death. Does that mean that the alienation can never become permanent? This was clarified in Bawa Magniram Sitaram V. Kasturbhai Manibhai And Another in which it was held that "If the grant was made by a person who possessed the limited power of dealing under which a shebait holds lands devoted to the purposes of religious worship, yet none the less there is attached to the office in special and unusual circumstances, the power of making a wider grant than one which enures only for his life. At the lapse of 100 years, when every party to the original transaction has passed away, and it becomes completely impossible to ascertain what were the circumstances which caused the original grant to be made, it is only following the policy which the Courts always adopt, of securing as far as possible quiet possession to people who are in apparent lawful holding of an estate, to assume that the grant was lawfully and not unlawfully made. This point was also upheld in Chockalingam Pillai v. Mayandi Chettiar long back in 1896.

Sri B K Mukherjea, in the book ''The Hindu Law of Religious and Charitable Trusts', has mentioned the cirumstances under which the office of shebait can be transferred :

In Harishanker, Son of Shri Amir Chand v Sri Lal Ram Alias Shiam Sunder, it has been held that transfer of shebaitship right by gift or will is permissible under following situations :