Explainer : Which Is The 'Appropriate Government' To Grant Suspension, Remission And Commutation Of Sentences Under Section 432/433 CrPC? 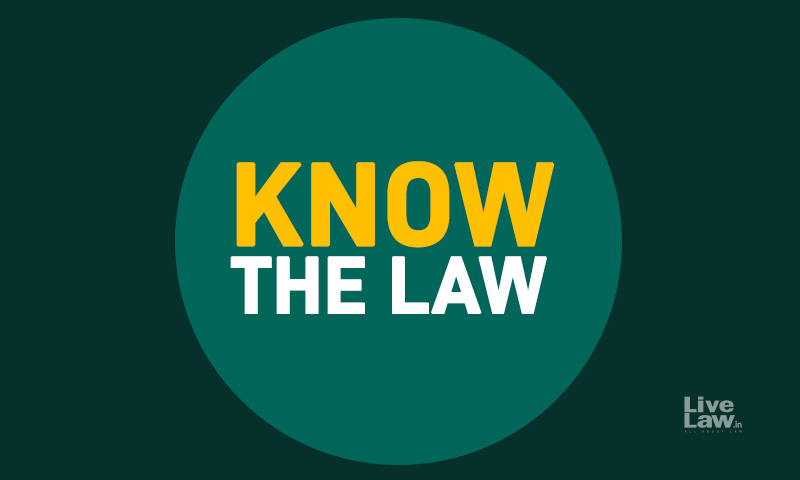 Recently, the Supreme Court reiterated that the Governor has the power under Article 161 to remit/commute/pardon sentences imposed under Section 320 of the Indian Penal Code, 1860. A three-judge Bench of the Apex Court was considering the issue appertain to remission of sentence, against the backdrop of the Tamil Nadu Governor forwarding the recommendation of the State Cabinet approving early release of A.G. Perarivalan, convict in the Rajiv Gandhi assignation case, to the President for his consideration. Therein the Court had largely deliberated on the Constitutional power conferred on the executive head of the State to grant remission. However, in order to defend the authority of the President as the 'appropriate authority' to decide Perarivalan's remission plea, the Additional Solicitor General had referred to the judgment of the five-judge Bench of the Apex Court in Union of India v. Sriharan @ Murugan And Ors., which extensively deal with the remission power of the 'appropriate Government' under the provisions of the Code of Criminal Procedure, 1973. It is apposite to mention herein that the judgment in Sriharan (supra) was with respect to the power of the Government to grant remission of sentence of the convicts in the Rajiv Gandhi assassination matter. One of the issues before the Constitution Bench was with respect to determination of the 'appropriate Government' for grant of remission.

[*Sub-section (6) of Section 432 - The provisions of the above sub-section shall also apply to any order passed by a Criminal Court under any section of this Code or of any other law which restricts the liberty of any person or imposes any liability upon him or his property.]

In relation to commutation of sentence of death and life imprisonment, Section 55A of the Indian Penal Code, 1860 also defines 'appropriate Government'. The expression is defined as under -

Section 2(y) of the CrPC states that words and expressions used in the statute if not defined in CrPC, but defined in the IPC would have the same meaning as assigned to them in the Penal Code.

(1) Subject to the provisions of this Constitution, the executive power of the Union shall extend -

Provided that the executive power referred to in sub-clause (a) shall not, save as expressly provided in this Constitution or in any law made by Parliament, extend in any State to matters with respect to which the Legislature of the State has also power to make laws.

The proviso to Article 73(1) makes it clear that when both Parliament and the State Legislature have the power to make laws, executive power of the Union would extend to State matters only when the same is explicitly mentioned in the Constitution or in any law made by the Parliament.

In this regard it would be relevant to have a look at Article 162 of the Constitution which contemplates the extent of executive power of the State. It reads as under -

Subject to the provisions of the Constitution, the executive power of the State shall extend to the matters with respect to which the Legislature of the State has power to make laws:

In order to determine whether the Union or the State Government would be the 'appropriate Government' to grant remission or commute sentence, what needs to be really looked at is the law under which the sentence was imposed [2].

The specification with respect to the 'territorial jurisdiction of the concerned State' where the convict is sentenced aids in determining the appropriate State Government when the offence is committed in multiple States or in a different State than the one where the sentence is imposed on the accused.[4] For example: If offence is committed in State A and trial is held and sentence is passed in State B, then the Government of State B would be the appropriate Government.

When the power to legislate is co-extensive

If both the Parliament and the State Legislature have the power to enact the law under which sentence is imposed, and in terms of Article 73(1), the Constitution or any enactment of the Parliament expressly reserves the power to extend executive power in favour of the Union, then by virtue of Section 432(7)(a) CrPC the Central Government would be the appropriate Government;

The instances wherein the Central Government would have primacy -

Interestingly, in G.V. Ramanaiah (supra), the Apex Court had held that though the Code falls under the ambit of the Concurrent list, the various provisions of the Code may relate to Union or the State lists of the Seventh Schedule. Accordingly, the appropriate Government would be identified under Section 432(7) CrPC.

Other than the instances mentioned above in all other cases, the State Government would be the appropriate Government. As enunciated by Dr. Ambedkar in the Constituent Assembly, generally the authority to execute laws which relate to what is called the Concurrent field, whether the law is passed by the Central Legislature or whether it is passed by the Provincial or State Legislature, shall ordinarily apply to the Province or the State. Execution of Concurrent law would be with the Centre only if Parliament passes a law and specifically retains the executive power of the Central Government with respect to it or if it is expressly provided in the Constitution. The intention of the framers of the Constitution found reiteration in Rai Sahib Ram Jawaya Kapur And Ors. v. State of Punjab.

"....Thus under this article the executive authority of the State is exclusive in respect to matters enumerated in List II of Seventh Schedule. The authority also extends to the Concurrent List except as provided in the Constitution itself or in any law passed by the Parliament. Similarly, Article 73 provides that the executive powers of the Union shall extend to matters with respect to which the Parliament has power to make laws and to the exercise of such rights, authority and jurisdiction as are exercisable by the Government of India by virtue of any treaty or any agreement. The proviso engrafted on clause (1) further lays down that although with regard to the matters in the Concurrent List the executive authority shall be ordinarily left to be State it would be open to the Parliament to provide that in exceptional cases the executive power of the Union shall extend to these matters also."

Prosecuting agency is the Central Government

In Sriharan (supra), the Solicitor General had argued that when the offence is dealt with by the prosecuting agency of the Central Government, in view of the proviso to Article 73(1) the appropriate Government would be the Central Government. It was argued that when the CBI or other Central agencies investigate an offence, the executive power of the Central Government is saved, as elucidated under the proviso to Article 73(1), by the statute which empowered the agencies to do so.[8] However, perusing the relevant provisions, the Court was of the opinion that in order to ascertain the 'appropriate Government', the power to enact the law under which the sentence is imposed would be of relevance and not the affiliation of the prosecuting agency.[9]

State Government to act after 'Consultation' with Central Government

Section 435(1) of the CrPC stipulates that in all the cases wherein the prosecuting agency is the CBI or any other Central agency; cases which involve misappropriation or destruction of, or damage to, any property belonging to the Central Government; cases which are committed by an employee of the Central Government during the course of their employment, the State Government ought to consult the Central Government before remitting or commuting the sentence. The five-judge Bench in Sriharan (supra) held that 'consultation' in this regard would necessarily amount to 'concurrence'.[10]

It is pertinent to note, that the Trial Court had convicted and sentenced 26 persons including Perarivalan for offences punishable under Terrorist and Disruptive Activities (Prevention) Act, 1987, Indian Penal Code (IPC for short), Explosive Substances Act, 1908, Arms Act, 1959, Passport Act, 1967, Foreigners Act, 1946 and the Indian Wireless Telegraphy Act, 1933. Later, on appeal, the Supreme Court had set aside the conviction under TADA. But, both, in Sriharan (supra) and A.G. Perarivalan (supra), the discussion was limited to Section 302 IPC because the punishments under the various Central Acts, which were for a lesser term, had already been undergone by the convicts. In fact, in Sriharan (supra) the Solicitor General himself had pointed out that the convicts had already served out the punishment imposed under the Central Acts and submitted that in that regard Section 435(1) could not be invoked.[13] Nonetheless, the Union Government had argued that the decision of the State Government was subject to the consultation in terms of Section 435 (1) with the Central Government, but, as CBI was the prosecuting agency. In A.G. Perarivalan (supra), the State Government emphasised that the terms of sentences under the Central Acts had been undergone; what was remaining was the life imprisonment imposed under Section 302 IPC, and the same was accepted by the Apex Court.