A Move Towards Ease Of Doing Business: Amended Definition Of A Small Company 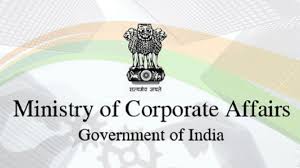 The Ministry of Corporate Affairs ("MCA") has recently implemented a number of initiatives aimed at making it easier for companies to conduct their business and function with ease, a few of these are as follows: extending fast track mergers to start-ups, encouraging the incorporation of One Person Company ("OPC"), decriminalizing certain aspects of the Companies Act, 2013 r/w the allied rules made thereunder ("Companies Act") and other similar steps to facilitate ease of doing business. Following a similar objective, the definition of a 'small company' provided under the Companies Act has also recently been amended, wherein the MCA by way of issuing a notification (notification number G.S.R. 700(E)), dated September 15, 2022 ("Notification"), and amending the Companies (Specification of Definitions Details) Rules, 2014, has widened the ambit of what is now defined as a 'small company'. By doing so, small companies are said to include companies whose paid-up share capital is no more than Rs. 4 crores and a P&L account turnover for the immediately preceding financial year of no more than Rs. 40 crores ("Revised Threshold"). Given that small companies in India, provide a significant contribution to the Indian economy, it appears that the intent of the government is to aid ease of doing business in light of the recently introduced amendment. This article seeks to highlight the potential advantages which the said Notification is likely to achieve.

It is to be noted that the definition of a 'small company' (defined under (Section 2(85) of the Companies Act)), has over the years seen a few amendments. The following paragraphs, broadly provide an overview of the same:

Advantages That Small Companies Get Under The Companies Act, 2013

Ease in preparing of Financial Statements

Section 2(40) of the Companies Act provides the definition of the term 'financial statement' wherein it has been stated that: "The financial statement, with respect to One Person Company, Small Company, and dormant company, may not include the cash flow statement". Considering the Notification, given that the threshold of what constitutes a small company has been subsequently amended, this would mean that a larger number of companies would automatically fall under the definition of a 'small company' who would now not mandatorily be required to prepare cash flow statements as a part of the financial statements.

The Companies (Auditor's Report) Order, 2020 ("CARO 2020")[4] was released by the MCA and is applicable to every report issued by auditors of a specified class of companies under Section 143 of the Companies Act, for financial years beginning on or after April 01, 2021. CARO 2020 states that the following entities are exempt from its application:

Given that the definition of a 'small company' has by way of the Notification, seen more companies getting

covered under its ambit, this would mean that more companies can now benefit from the exemption provided by way of CARO 2020.

Mandatory rotation of auditor not required

According to Section 139(2) of the Companies Act, there needs to be a mandatory rotation of individual auditors every five years and for firms of auditors, it is every ten years; the said requirement however does not apply to small firms/ small companies. Given that in light of the Notification, there has been a relaxation in the definition of what constitutes as a small company, companies falling under the said definition can also now take advantage of such relaxations.

According to Section 143(3)(i) of the Companies Act, the Auditor Report must indicate whether the Company has an effective system of internal financial controls in place and make recommendations for improving those controls' performance.

By notification dated June 13, 2017, the MCA exempted certain classes of private companies from having internal financial controls, including OPC and small businesses, if they had not missed a deadline for filing their financial statements under Section 137 of the Companies Act, or their annual returns under Section 92 of the Companies Act, with the relevant Indian governmental authority.

Advantages of preparing and filing an abridged Annual Return

Sub-rule (1) of Rule 11 has been changed as of March 5, 2021, by the revision to the Companies (Management and Administration) Rules, 2014[5], and the relevant extract is provided as below:

One of the main advantages of Form No. MGT-7A is that the shortened version does not need to include the board of directors' composition, details of the directors, or key managerial personnel. In addition, small companies are simply required to disclose the total amount of directors' compensation in their annual returns, unlike other companies that must provide information about the compensation of their directors and senior managerial people.

Holding of only two board meetings in a year

As per Section 173 of the Companies Act, a 'Small Company', or a 'Dormant Company' is assumed to have met with the requirements of this section, if there has been at least one meeting of the board of directors held in each half of the calendar year and there has been a minimum of 90 days between the two meetings. Given that more companies will fall under the Revised Threshold, such companies can take benefit of holding only upto two board meetings in a year, as opposed to the mandatory requirement of holding a minimum of four board meetings, which is the norm for companies that do not fall under this category.

The Companies Act provides exemption to companies falling under the definition of small company, not to have pre-certification of the Company Secretary is not required in Form No. MGT-7A required for filing annual returns, instead, a director's self-certification would suffice. With the relaxation in the ambit of what constitutes to be a small company, it would imply that more companies, now falling under the ambit of the Revised Threshold can now simply only get the directors of a company, to sign its annual report.

In such a scenario, the corporation, its defaulting officer, or anyone else involved will be responsible. The maximum fine for a firm is Rs 2 Lakhs, and the maximum fine for an officer who is in default, or any other individual is Rs 1 Lakh. The fine cannot be more than one-half of the fine mentioned in such provisions.

With a view of ease of doing business, small companies in India have over the years enjoyed various relaxations in compliance and reporting requirements to the relevant Indian governmental authority, a few of which have been highlighted above. With the Revised Threshold, it can be seen that more companies are likely to now fall under the definition of a 'small company' and enjoy similar benefits what other companies would enjoy. To conclude, the principle underlying the concept of small business recognition is to ease the burden of compliance, which is likely to facilitate ease of doing business.