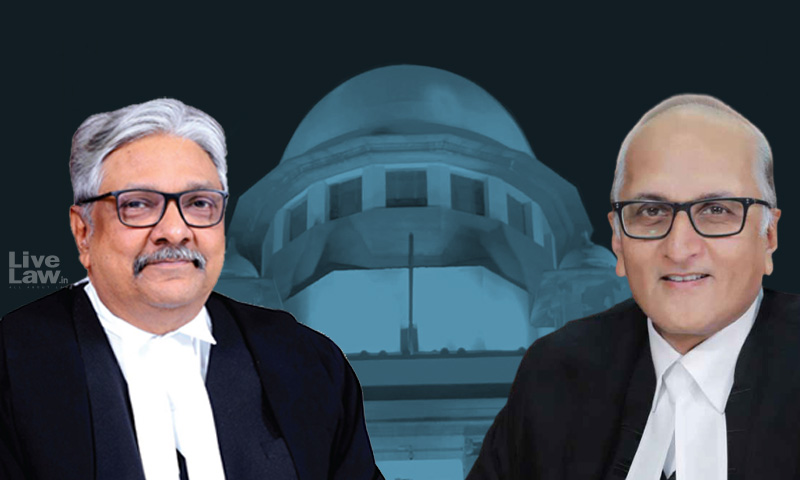 In a judgment delivered on Wednesday (15 September 2021), the Supreme Court explained the difference between culpable homicide under Section 304 of the Indian Penal Code and murder under Section 300 IPC.The court observed that, though it difficult to distinguish between culpable homicide and murder as both involve death, there is a subtle distinction of intention and knowledge involved in...

In a judgment delivered on Wednesday (15 September 2021), the Supreme Court explained the difference between culpable homicide under Section 304 of the Indian Penal Code and murder under Section 300 IPC.

The court observed that, though it difficult to distinguish between culpable homicide and murder as both involve death, there is a subtle distinction of intention and knowledge involved in both the crimes

"This difference lies in the degree of the act. There is a very wide variance of degree of intention and knowledge among both the crimes.", the bench of Justices KM Joseph and S. Ravindra Bhat observed.

In this case, a police officer, SI Tiwari, tried to board a running truck since the truck did not stop on his instructions. The driver allegedly pushed him, as a result of which SI Tiwari fell off the truck and he was run over by the rear wheels of the truck which resulted in his death. Thereafter the accused fled with the truck, but was later caught, arrested and charged with committing murder of SI Tiwari. The Trial Court convicted him for murder. The High Court dismissed his appeal.

Before the Apex Court, the accused contended that the prosecution version of the incident was highly improbable given that two witnesses had clearly deposed that the the accused continued to drive the truck. It was submitted that if such was the position, unless the prosecution established that the deceased had actually boarded the truck and sat in it near the driver, it was impossible for the accused to have pushed him with such force that he would have fallen off and gotten crushed under the rear wheels. The state, on the other hand, contended that, the overall effect of the evidence led before the Court  clearly showed that SI Tiwari was pushed and deliberately ran over by the accused.

The bench noticed that in Section 300 does not use the term 'likely' and observed thus:

The question of whether in a given case, a homicide is murder punishable under Section 302 IPC, or culpable homicide, of either description, punishable under Section 304 IPC has engaged the attention of courts in this country for over one and a half century, since the enactment of the IPC; a welter of case law, on this aspect exists, including perhaps several hundred rulings by this court. The use of the term "likely" in several places in respect of culpable homicide, highlights the element of uncertainty that the act of the accused may or may not have killed the person. Section 300 IPC which defines murder, however refrains from the use of the term likely, which reveals absence of ambiguity left on behalf of the accused. The accused is for sure that his act will definitely cause death. It is often difficult to distinguish between culpable homicide and murder as both involve death. Yet, there is a subtle distinction of intention and knowledge involved in both the crimes. This difference lies in the degree of the act. There is a very wide variance of degree of intention and knowledge among both the crimes. (Para 11)

The court referred to the following observations made in Pulicherla Nagaraju @ Nagaraja Reddy v State of Andhra Pradesh which outlined considerations that should weigh with courts, in discerning whether an act is punishable as murder, or culpable homicide, not amounting to murder:

"29. Therefore, the Court should proceed to decide the pivotal question of intention, with care and caution, as that will decide whether the case falls under Section 302 or 304 Part I or 304 Part II. Many petty or insignificant matters - plucking of a fruit, straying of cattle, quarrel of children, utterance of a rude word or even an objectionable glance, may lead to altercations and group clashes culminating in deaths. Usual motives like revenge, greed, jealousy or suspicion may be totally absent in such cases. There may be no intention. There may be no premeditation. In fact, there may not even be criminality. At the other end of the spectrum, there may be cases of murder where the accused attempts to avoid the penalty for murder by attempting to put forth a case that there was no intention to cause death. It is for the courts to ensure that the cases of murder punishable under Section 302, are not converted into offences punishable under Section 304 Part I/II, or cases of culpable homicide not amounting to murder are treated as murder punishable under Section 302. The intention to cause death can be gathered generally from a combination of a few or several of the following, among other, circumstances;
(i) nature of the weapon used;
(ii) whether the weapon was carried by the accused or was picked up from the spot;
(iii) whether the blow is aimed at a vital part of the body;
(iv) the amount of force employed in causing injury;
(v) whether the act was in the course of sudden quarrel or sudden fight or free for all fight;
(vi) whether the incident occurs by chance or whether there was any premeditation;
(vii) whether there was any prior enmity or whether the deceased was a stranger;
(viii) whether there was any grave and sudden provocation, and if so, the cause for such provocation;
(ix) whether it was in the heat of passion;
(x) whether the person inflicting the injury has taken undue advantage or has acted in a cruel and unusual manner;
(xi) whether the accused dealt a single blow or several blows.
The above list of circumstances is, of course, not exhaustive and there may be several other special circumstances with reference to individual cases which may throw light on the question of intention."

Taking note of the facts and evidence on record, the bench concluded that the conviction of accused under Section 302 could not be sustained.

" All the essential elements show that the appellant did not have any previous quarrel with the deceased; there was lack of animus. The act resulting in SI Tiwari's death was not pre-meditated. Though it cannot be said that there was a quarrel, caused by sudden provocation, if one considers that the deceased tried to board the truck, and was perhaps in plain clothes, the instinctive reaction of the appellant was to resist; he disproportionately reacted, which resulted in the deceased being thrown off the vehicle. Such act of throwing of the deceased and driving on without pausing, appears to have been in the heat of passion, or rage. Therefore, it is held that the appellant's conviction under Section 302 IPC was not appropriate."