What Is Meant By 'Taking Cognizance' In Section 190 of CrPC? 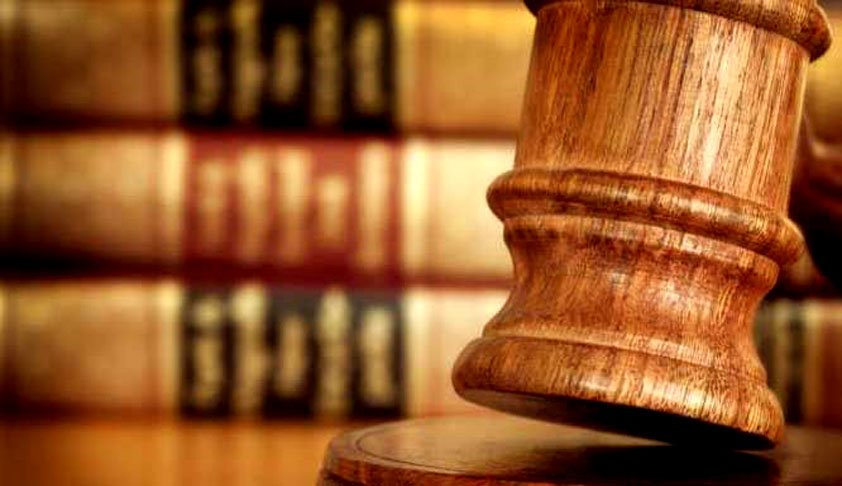 in the case of S.K. Sinha, Chief Enforcement Officer v. Videocon International Ltd. and others, [2008 (2) SCC 492 : AIR 2008 SC 1213] it is observed that the expression "cognizance" has not been defined in the Code, but the word is of indefinite import. It has no esoteric or mystic significance in criminal law. It merely means "become aware of" and when used with reference to a Court or a Judge, it connotes "to take notice of judicially".

"Taking cognizance" does not involve any formal action of any kind. It occurs as soon as a Magistrate applies his mind to the suspected commission of an offence. Cognizance if taken prior to commencement of criminal proceedings. Taking of cognizance is thus a sine qua non or condition precedent for holding a valid trial. It is also settled that cognizance is taken of an offence and not of an offender"

The Supreme Court in Tula Ram v. Kishore, AIR1977 SC 2401, held that, it seems that there is no special charm or any magical formula in the expression. 'Taking cognizance' which merely means judicial application of the mind of the Magistrate to the facts mentioned in the complaint with a view to take further action. Thus, what S.190 contemplates is that the Magistrate is said to have taken "cognizance" once he makes himself fully conscious and aware of the allegations made in the complaint and decides to examine or test the validity of the said allegations.

"What is meant by 'taking cognizance of an offence' by the Magistrate within the contemplation of S.190? This expression has not been defined in the Code. But from the scheme of the Code, the content and marginal heading of S.190 and the caption of Chap.14 under which S.190 to 199 occur, it is clear that a case can be said to be instituted in a Court only when the Court takes cognizance of the offence alleged therein. The ways in which such cognizance can be taken are set out in Clause.(a), (b) and (c) of S.190(1).

"Whether the Magistrate has or has not taken cognizance of the offence will depend on the circumstances of the particular case including the mode in which the case is sought to be instituted, and the nature of the preliminary action, if any, taken by the Magistrate. Broadly speaking, when on receiving a complaint, the Magistrate applies his mind for the purposes of proceeding under S.200 and the succeeding Sections in Chap.15 of the Code of 1973, he is said to have taken cognizance of the offence within the meaning of S.190(1)(a). If instead of proceeding under Chap.15, he, has in the judicial exercise of his discretion, taken action of some other kind, such as issuing a search warrant for the purpose of investigating, or ordering investigation by the police under S.156(3), he cannot be said to have taken cognizance of any offence"

When the Magistrate applies his mind not for the purpose of proceeding under the subsequent sections of this Chapter, but for taking action of some other kind, e.g. ordering investigation under S.156(3), or issuing a search warrant for the purpose of the investigation, he cannot be said to have taken cognizance of the offence. " [R.R. Chari, AIR 1951 SC 207]

Is the magistrate bound to take cognizance when he receives a Complaint?

It is well settled that when a Magistrate receives a complaint, he is not bound to take cognizance if the facts alleged in the complaint, disclose the commission of an offence. This is clear from the use of the words "may take cognizance" which in the context in which they occur cannot be equated with must take cognizance". The word "may" gives a discretion to the Magistrate in the matter. If on a reading of the complaint he finds that the allegations therein disclose a cognizable offence and the forwarding of the complaint to the police for investigation under s. 156(3) will be conducive to justice and save the valuable time of the Magistrate from being wasted in enquiring into a matter which was primarily the duty of the police to investigate, he will be justified in adopting that course as an alternative to taking cognizance of the offence, himself. [D. Lakshminarayana Reddy and Others v. V. Narayana Reddy and Others [AIR 1976 SC 1672]

Is taking cognizance of an offence is the same thing as issuance of process?

No. Cognizance is taken at the initial stage when the Magistrate applies his judicial mind to the facts mentioned in a complaint or to a police report or upon information received from any other person that an offence has been committed. The issuance of process is at a subsequent stage when after considering the material placed before it the court decides to proceed against the offenders against whom a prima facie case is made out." [State of Karnataka v. Pastor P. Raju, 2006 (6) SCC 728, 734, para 13 : 2006 (3) SCC (Cri) 179] : AIR 2006 SC 2825.

A Magistrate can order investigation under Section 156(3) of CrPC before taking cognizance.

"The clear position therefore is that any judicial Magistrate, before taking cognizance of the offence, can order investigation under S.156(3) of the Code. If he does so, he is not to examine the complainant on oath because he was not taking cognizance of any offence therein. For the purpose of enabling the police to start investigation it is open to the Magistrate to direct the police to register an FIR. There is nothing illegal in doing so. After all registration of an FIR involves only the process of entering the substance of the information relating to the commission of the cognizable offence in a book kept by the officer - in - charge of the police station as indicated in S.154 of the Code. Even if a Magistrate does not say in so many words while directing investigation under S.156(3) of the Code that an FIR should be registered, it is the duty of the officer - in - charge of the police station to register the FIR regarding the cognizable offence disclosed by the complaint because that police officer could take further steps contemplated in Chapter XII of the Code only thereafter."

In Gopal Das Sindhi Vs. State of Assam [AIR 1961 SC 986 ; 1961 CRI. L. J. 39] a Three Judge Bench of Supreme Court held that when a Magistrate applies his mind not for the purpose of proceeding under the various sections of Chapter XV but for taking action of some other kind, e. g., ordering investigation under S. 156 (3) or issuing a search warrant for the purpose of investigation, he cannot be said to have taken cognizance of any offence.

Is ordering investigation under Section 156(3) a mechanical process? OR Does the magistrate need to apply his mind?

Supreme Court in Maksud Saiyed case, 2008 (5) SCC 668 examined the requirement of the application of mind by the Magistrate before exercising jurisdiction under S.156(3) and held that where a jurisdiction is exercised on a complaint filed in terms of S.156(3) or S.200, Cr.P.C., the Magistrate is required to apply his mind.

Should the application for investigation U/S 156(3) be supported by Affidavit?

In our considered opinion, a stage has come in this country where S.156(3), Cr.P.C. applications are to be supported by an affidavit duly sworn by the applicant who seeks the invocation of the jurisdiction of the Magistrate. That apart, in an appropriate case, the learned Magistrate would be well advised to verify the truth and also can verify the veracity of the allegations. This affidavit can make the applicant more responsible. We are compelled to say so, as such kind of applications are being filed in a routine manner without taking any responsibility whatsoever only to harass certain persons. That apart, it becomes more disturbing and alarming when one tries to pick up people who are passing orders under a statutory provision which can be challenged under the framework of said Act or under Art.226 of the Constitution of India. But it cannot be done to take undue advantage in a criminal court as if somebody is determined to settle the scores. We have already indicated that there has to be prior applications under S.154(1) and S.154(3) while filing a petition under S.156(3). Both the aspects should be clearly spelt out in the application and necessary documents to that effect shall be filed. The warrant for giving a direction that an the application under S.156(3) be supported by an affidavit so that the person making the application should be conscious and also endeavour to see that no false affidavit is made. It is because once an affidavit is found to be false, he will liable for prosecution in accordance with law.

Can a Magistrate order investigation after taking cognizance?

Yes. Under Section 202 CrPC, Magistrate can direct an investigation to be made either by a police officer or by any other person. But it is only for a limited purpose.

"Section 156(3) occurs in Chapter XII, under the caption: "Information to the Police and their powers to investigate"; while s. 202 is in Chapter XV which bears the heading "Of complaints to Magistrates". The power It order police investigation under s. 156(3) is different from the power to direct investigation conferred by s. 202(1). The two operate in distinct spheres at different stages. The first is exercisable at the pre cognizance stage, the second at the post-cognizance stage when the Magistrate is in seisin of the case. 'That is to say in the case of a complaint regarding the commission of a cognizable offence, the power under s. 156(3) can be invoked by the Magistrate before he takes cognizance of the offence under s. 190(1)(a). But if he once takes such cognizance and embarks upon the procedure embodied in Chapter XV, he is not competent to switch back to the pre-cognizance stage and avail of s. 156(3). It may be noted further that an order made under sub-section (3) of s. 156, is in the nature of a peremptory reminder or intimation to the police to exercise their plenary powers of investigation under s. 156(1). Such an investigation embraces the entire continuous process which begins with the collection of evidence under s. 156 and ends with a report or charge sheet under s. 173. On the other hand s. 202 comes in at a stage when some evidence has been collected by the Magistrate in proceedings under Chapter XV, but the same is deemed insufficient to take a decision as to the next step in the prescribed procedure. In such a situation, the Magistrate is empowered under s. 202 to direct within the limits circumscribed by that section, an investigation "for the purpose of deciding whether or not here is sufficient ground for proceeding ". Thus the object of an investigation under s. 202 is not to initiate a fresh case on police report but to assist the Magistrate in completing proceedings already instituted upon a complaint before him".

What is the meaning of 'taking cognizance' under Section 197 IPC and Section 19 of Prevention of Corruption Act? For answer read this Article