Is Taking Voice Sample From Accused Without His Consent Unconstitutional? 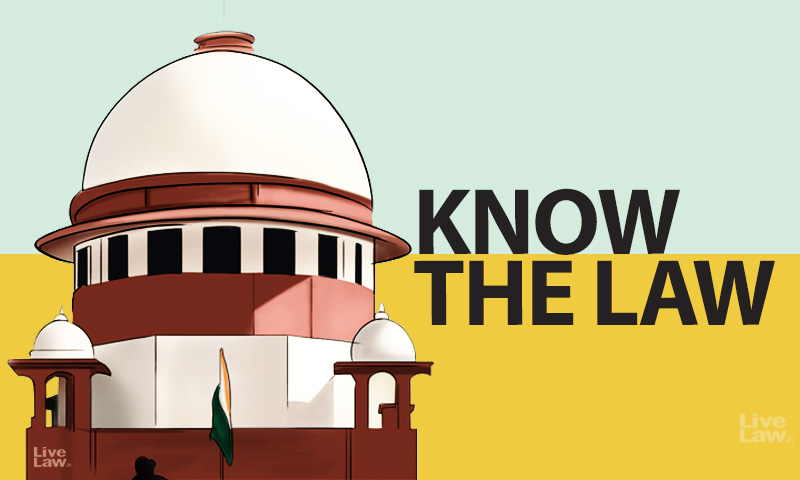 The Rajasthan High Court recently dismissed a plea of an accused in which he contended that his voice sample cannot be taken against his wishes, as it would amount to self-incrimination under Article 20 of the Constitution of India. Justice Pushpendra Singh Bhati, in this regard, referred to the Supreme Court judgment in Ritesh Sinha Vs. State of Uttar Pradesh. This piece intends to...

The Rajasthan High Court recently dismissed a plea of an accused in which he contended that his voice sample cannot be taken against his wishes, as it would amount to self-incrimination under Article  20 of the Constitution of India. Justice Pushpendra Singh Bhati, in this regard, referred to the Supreme Court judgment in Ritesh Sinha Vs. State of Uttar Pradesh. This piece intends to examine the said judgment.

Article 20 (3) provides that no person accused of any offence shall be compelled to be a witness against himself.

In Ritesh Sinha, the Supreme Court initially delivered a split verdict on the point whether the magistrate had implied powers to direct the accused to give voice samples. The issue raised in that case were:

(2) Assuming that there is no violation of Article 20(3) of the Constitution of India, whether in the absence of any provision in the Code, can a Magistrate authorize the investigating agency to record the voice sample of the person accused of an offence?

Before the two judge bench of Justices Ranjana Prakash Desai and Aftab Alam, the counsel submitted that he was not pressing the challenge that the order passed by the Magistrate violates the appellant's fundamental right of protection from self-incrimination as guaranteed under Article 20(3) of the Constitution (see Para 5 of the judgment). However, in her judgment, Justice Desai proceeded to consider it, by referring to the following judgments on the scope of Article 20(3).

In State of Bombay v. Kathi Kalu Oghad AIR 1961 SC 1808, the question considered by an eleven Judges Bench was regarding the admissibility of the specimen writings in view of Article 20(3) of the Constitution. Departing from the earlier view taken in M.P. Sharma v. Satish Chandra AIR 1954 SC 300 that "to be witness is nothing more than to furnish evidence". the court held thus:

Justice Desai also noted that in Selvi v. State of Karnataka (2010) 7 SCC 263, in which the court held that that compulsory administration of the Narco Analysis techniques violates the right against self-incrimination, it was observed that the tests and the results thereof are of a 'testimonial character' attracting the bar of Article 20(3) of the Constitution.

Relying on these judgments, Justice Desai observed that if an accused person is directed to give his voice sample during the course of investigation of an offence, there is no violation of his right under Article 20(3) of the Constitution. It was observed thus:

Voice sample is like finger print impression, signature or specimen handwriting of an accused. Like giving of a finger print impression or specimen writing by the accused for the purposes of investigation, giving of a voice sample for the purpose of investigation cannot be included in the expression "to be a witness". By giving voice sample the accused does not convey information based upon his personal knowledge which can incriminate him. A voice sample by itself is fully innocuous. By comparing it with tape recorded conversation, the investigator may draw his conclusion but, voice sample by itself is not a testimony at all. When an accused is asked to give voice sample, he is not giving any testimony of the nature of a personal testimony. When compared with the recorded conversation with the help of mechanical process, it may throw light on the points in controversy. It cannot be said, by any stretch of imagination that by giving voice sample, the accused conveyed any information based upon his personal knowledge and became a witness against himself. The accused by giving the voice sample merely gives 'identification data' to the investigating agency. He is not subjected to any testimonial compulsion.

Justice Aftab Alam said that he 'is broadly in agreement' with the view taken by Justice Desai on Article 20(3). He, however, noted that the issue of constitutional validity in compelling the accused to give his/her voice sample did not 'really arise' in the case.

On the second issue, Justice Desai held that the magistrate had ancillary or inherent power as per Section 53 of the CrPC read with Section 5 of the Identification of Prisoners Act 1920 to order giving of voice samples. Justice Aftab Alam dissented on this point, and held that there was no such ancillary or inherent power. In view of the split in verdict, the matter was referred to larger bench.

Answering the reference, the three judge bench of Justices Ranjan Gogoi, Deepak Gupta and Sanjiv Khanna held that until explicit provisions are engrafted in the Code of Criminal Procedure by Parliament, a Judicial Magistrate must be conceded the power to order a person to give a sample of his voice for the purpose of investigation of a crime. Such power has to be conferred on a Magistrate by a process of judicial interpretation and in exercise of jurisdiction vested in this Court under Article 142 of the Constitution of India, the court clarified.

But the discussions on this question was made in one paragraph (24) which read thus:

"Would a judicial order compelling a person to give a sample of his voice violate the fundamental right to privacy under Article 20(3) of the Constitution, is the next question. The issue is interesting and debatable but not having been argued before us it will suffice to note that in view of the opinion rendered by this Court in Modern Dental College and Research Centre and others vs.State of Madhya Pradesh and others, Gobind vs. State of Madhya Pradesh and another and the Nine Judge's Bench of this Court in K.S. Puttaswamy and another vs. Union of India and others the fundamental right to privacy cannot be construed as absolute and but must bow down to compelling public interest. We refrain from any further discussion and consider it appropriate not to record any further observation on an issue not specifically raised before us."

The court said that the issue is 'interesting and debatable' but not argued before it. The court then proceeded to reiterate that the fundamental right to privacy cannot be construed as absolute and but must bow down to compelling public interest. The discussion ended there.

So the three judge bench judgment did not actually answer the question since it was 'not specifically' raised before it. But, in the judgment of Justice Desai, it was held that there is nothing unconstitutional in directing an accused person to give his voice sample during the course of investigation of an offence. However, relying on the three judges bench judgment, some High Courts have upheld the orders directing taking of voice sample from the accused. For instance, recently the Madhya Pradesh High Court held that requiring an accused to give voice sample does not mean that he is asked to testify against himself. The Punjab and Haryana High Court has also held that a judicial order to collect voice samples for Investigation purposes/comparison purposes can't be said to be violative of the right to privacy.