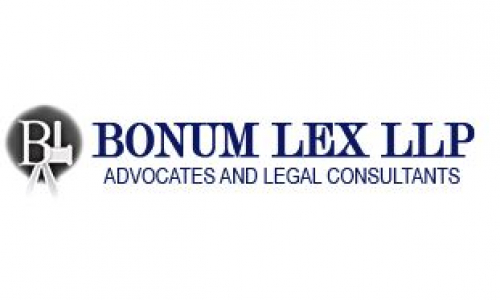 The COVID-19 pandemic has made social distancing and video conferencing the new normal. This paper aims at current difficulties in adapting video conferencing as a long term method for conducting court proceedings, followed by a few suggestions.

Recently the Hon'ble Supreme Court issued a Standard Operating Procedure (SOP) for E-filing and hearing through Video Conferencing. The SOP provides the link to the detailed e-filing procedure, which eliminates the need for counsels or clerks to approach the filing counter. Furthermore, a detailed checklist has simplified the filing procedure and eliminated the possibility of defects and shortened the procedure for listing by not necessitating refiling of the petition.

In the wake of these guidelines issued by the Hon'ble Supreme Court in the matter of Suo Moto Writ (Civil) 5 of 2020 and the aforementioned SOP, Hon'ble High Courts of various States have adopted a conforming procedure. However, to begin with, only matters deemed to be of an extremely urgent nature, by the designated Registrar, were to be put up for hearing. These included bail matters.

The Apex Court mandate is for High Courts and District Courts to arrange for the conduct of hearings by video conferencing. Gradually, litigants and advocates are familiarising themselves with applications like Vidyo and Jitsi Meet Applications which are the tools to enable conferences over video links. On 18th April 2020, the Hon'ble Supreme Court expanded the type of matters to be taken up for hearing after the consent of the parties. Review and Curative Petitions, which are to be decided via circulation in Chambers would be taken up. Furthermore, short matters pertaining to family law and death penalty which can be heard through video conferencing may be taken up with the consent of both the parties involved.

The biggest hurdle in the way of full-fledged digitisation of court proceedings is the fact virtual proceedings would not be open to the public, Hence they would be in camera which is not in keeping with the requirements of natural justice. Secondly, the kind of matters that can be suitably adjudicated through video conferencing, are limited. It is only the Courts that are deciding a question of law, that can resort to these means. Courts of first instance, recording facts and evidence cannot resort to conducting proceedings over the internet.

As per Section 3 of the Indian Evidence Act, 1872, the term evidence, includes, all statements which the Court permits or requires to be made before it by witnesses in relation to matters of facts under inquiry, all documents including electronic documents. Even though the Hon'ble Supreme Court, in the matter of, Umar Abdul Sakoor Sorathia Versus Intelligence Officer, MC Bureau(1999) CrLJ 3972(SC) has allowed identification via photograph; it remains unclear whether such identification would constitute substantive evidence.

Recording of examination in chief and cross examination of the witness in the presence of the accused for criminal matters particularly becomes challenging.

In the case of Ayaaub Khan Noorkhan Pathan versus State of Maharashtra AIR 2013 SC 58, it was held that "affidavits are not included within the purview of the definition of evidence in Section 3 and the same can be used for evidence only if for sufficient reasons the Court passes an order under Order 19 of the Code of Civil Procedure, 1908".

Section 17 of the Indian Evidence Act, 1872, defines admission, "An admission is statement[ oral, or documentary or contained in electronic form] which suggests any inference as to any fact in issue or relevant fact, and which is made by any of the persons, and under any circumstances herein after mentioned."

The Hon'ble Supreme Court has held admissibility to be substantive evidence of the fact admitted in the case of Bishwanath Prasad V. Dwarka Prasad, AIR 1974 SC 117. Admission has been held to be best evidence against the maker and it can be inferred from the conduct of the party. Admission implied by conduct is strong evidence against the maker but he is at liberty to prove that such admission was mistaken or untrue, as held by the Hon'ble Supreme Court in the case of Income Tax Officer Versus Mangat Ram Norata Ram (2011) 6 SCALE 605. These complexities of recording evidence, cannot be suitably met in video conferencing, as no cloud and/ or application has yet been designated for recording and digitally storing the information in a neutral space, in tune with the requirements of the Evidence Act. . For admission to be held valid, it pertinent for such an admission to be clear and unambiguous as held in in the matter of Joshna Gouda Brundaban Gouda (2012) 5 SCC 634. This burden of proof cannot be, as yet, discharged via video conferencing. Documents submitted in original are considered primary evidence within the ambit of Section 62 of the Evidence Act. However, without physical submission of the document before the Court, any copy of it would be secondary evidence.

Recording of evidence in criminal trials is not a mere mechanical exercise. It often entails, frequent communication with the client and observing the body language of the witness and mannerisms. A witness cannot be prompted. Certain aspects of a trial prove to be particularly challenging, for instance test identification parade or comparing original documents from the Court records with the copies supplied. Especially in criminal trials, the right of the accused to cross examine a witness is a crucial right and integral to the concept of right to a fair trial and synonymous to the principles of natural justice. Examination of witnesses under Section 138 of the Evidence Act, has to be done in a free and fair manner without undue influence and coercion. Independence of witness testimony and free will, of a witness, can easily be questioned in appeals in case of trial by video conferencing. Furthermore, to expand the ambit of video conferencing to original jurisdictions and criminal trials, would mandate the need for expansion of infrastructure, to facilitate recording of witness testimony at locations that can be certified as being protected against undue pressure or coercion besides being open to public scrutiny. Nevertheless inspection of documents will continue to pose a challenge.

Although certain suggestions are being made hereunder, it is of prime importance that all aspects of digitised court proceedings should (a) fully meet the requirements of the Evidence Act; (b) should not be violative of the norm of "procedure established by law" prescribed under Article 21 of the Constitution which the Supreme Court has construed, through numerous decisions, to mena "due process of the law"; (c) should not place a significant cost burden on the litigants many of whom would hail from the weaker sections and (d) the Information Technology Act, CPC, CrPC and Evidence Act should be suitably amendment to enable a comprehensive digitisation of court procedure without such digitisation being vulnerable to legal challenges.

R K Naroola is an Advocate at Supreme Court with more than three decades of experience in teaching, corporate affairs and law practice, Udayan Mukerji is an Advocate with above thirty years experience in homeland security and the broad spectrum of investigations and Krishna Parkhani is an Advocate, with specialisation in Criminal Law and Gender Justice. Author's views are personal.