Multiple References In One Contract

As Arbitration is gaining popularity as preferred mode of alternative dispute resolution mechanism, it has been observed that in commercial contracts, parties refer their disputes to arbitration at different stages of such contracts, by way of separate references. The nature of contracts is such where parties are not required to wait for completion of contractual period, for referring...

As Arbitration is gaining popularity as preferred mode of alternative dispute resolution mechanism, it has been observed that in commercial contracts, parties refer their disputes to arbitration at different stages of such contracts, by way of separate references. The nature of contracts is such where parties are not required to wait for completion of contractual period, for referring all their disputes to arbitration in one go and the same can be referred even during the currency of such contracts as and when such disputes arise.

In another words, parties are free to invoke arbitration agreement more than once by way of separate references at different points of time, though arising out of the same contract. The above, however, may lead to multiplicity of arbitration proceedings before different arbitral tribunals, which may result into conflicting findings on contractual as well as legal provisions. Besides, sometimes, it may not be feasible and effective to invoke multiple arbitrations. In this respect, two recent judgments passed by the Hon'ble High Court of Delhi, will be helpful to understand the web of issues entangled around multiple arbitration proceedings, arising out of a single commercial contract or series of contracts forming a single commercial transaction between the parties.

The Hon'ble High Court of Delhi, in the case of Gammon India Ltd. vs. National Highways Authority of India[1] ("Gammon India"), has extensively dealt with the aspect of the multiplicity of the arbitral proceedings i.e. multiple invocations, multiple references, multiple Arbitral Tribunals, multiple Awards and multiple challenges, between the same parties, in respect of the same contract or the same series of contracts.

The brief facts of abovementioned case are that a contract was executed between Gammon-Atlanta JV and National Highways Authority of India ("NHAI") on 23.12.2000 for the work of widening and strengthening of existing 2 lane carriageway of NH-5 in the State of Orissa. The date of commencement of project was 15.01.2001 and the total duration of the project was 36 months. The project could not be completed within the scheduled completion date i.e. 14.01.2004, and hence, extensions were granted to the Contractor time to time. However, disputes arose between the parties and three separate arbitrations were invoked by the Contractor, raising various claims, some of which were also overlapping. Consequently, three separate arbitral tribunals were constituted for the purpose of adjudication of disputes between the parties, and subsequently, three separate arbitral awards were passed. While two arbitral awards attained finality after challenge to the same came to an end, the third one was pending for consideration before the Hon'ble Court in the above matter. The Contractor was seeking to set aside the award in the above matter on the basis of findings of the arbitral tribunal arrived at in one of the two awards, which had already attained finality. The question before the Court, therefore, was that whether such argument by the Contractor, was sustainable in law.

FINDINGS OF THE COURT

The Court, after dealing with the rival contentions, refused to set aside the Award in question and held that no interference of the Court was required in the matter. The Court rejected Contractor's submissions that the findings in another Award be relied upon for setting aside the Award in question. The Court while relying upon the judgment of Vijay Karia vs. Prysmian Cavil E. Systemic SRL[2] passed by Hon'ble Supreme Court of India, held that the Award would have to be tested as on the date when it was pronounced, on its own merits, and not on the basis of findings which had been rendered by another Arbitral Tribunal. The Court while interpreting Sections 7, 8 and 21 of the Act, reiterated the settled law that if a dispute is arbitrable, a second reference can be made and the same is legally tenable. It was further held that the commencement of proceedings under Section 21 of the Act, would be different qua each of the disputes, and hence, there can be multiple claims, multiple reference and multiple arbitrations at different stages of a contract.

The Court taking note of the legal position that an arbitral proceeding is not strictly governed by the Code of Civil Procedure, 1908("CPC"), concluded that it was possible for the parties to invoke multiple arbitrations in one contract, unlike a civil suit being filed under CPC. However, while concluding the above, the Court also observed that multiple arbitrations before different Arbitral Tribunals in respect of the same contract is bound to lead to confusion and the same would set the entire arbitration process at naught. Such situation would defeat the very purpose of legislature in making arbitration an expeditious and cost effective remedy. The Court, further observed that in a construction contract, irrespective of the quantum and nature of the claims, the underlying disputes relating to breach, delays, termination, etc. would form the core of the disputes in almost all the claims arising out of such contract. Therefore, a situation may arise where multiple Arbitral Tribunals parallelly adjudicate different claims arising out of the same contract, especially overlapping issues. The Court held that such situations must be avoided.

The Court, while referring to the judgment of Hon'ble Supreme Court of India in case titled as Dolphin Drilling Ltd. vs. ONGC[3], held that, if disputes had arisen and arbitration clause was to be invoked at different stages under a contract, then the party invoking arbitration ought to raise all the claims that had already arisen on the date of invocation of arbitration. However, if any dispute was not raised, no separate reference could be brought for such dispute, as the principle of Order II Rule 2 of CPC is applicable to an arbitration proceeding as well, which bars raising any such dispute.

The Court further held that in cases where an Arbitral Tribunal was already constituted for adjudication of a particular dispute arising out of a contract or series of contracts forming a single legal transaction between the parties, any further dispute or claim that might arise between the parties, be ordinarily referred to the same Tribunal, instead of constituting a separate tribunal. In such cases, the Arbitral Tribunal may pronounce separate awards in respect of multiple references, however, since the constitution of the Tribunal would be the same, the possibility of contradictory and irreconcilable findings would be avoided.

The Hon'ble Court further proceeded to hold that parties while filing an application under Section 9, 11 or an application under Section 34 of the Act, should also disclose pendency of any other petition or application, relating to the same contract, so that all of them could be decided appropriately, preferably together, wherever possible in order to avoid any kind of confusion or legal infirmity. The ratio laid down in the above judgment is a much needed reform in today's scenario, where multiple arbitrations arising out of same contract is a very common sight.

The focus of the Hon'ble Court in the above judgment is that parties should avoid constituting separate arbitral tribunals for adjudicating upon the disputes arising out of same contract, as the said situation will only lead to conflicting findings on the facts and contractual clauses involved in the matter, causing disruption to the administration of justice.

The Division Bench of the Hon'ble High Court of Delhi, in the recent judgment of Hero Wind Energy Pvt. Ltd. vs. Inox Renewables Ltd.[4] ("Hero Wind"), inter alia has also touched upon another aspect of multiple references and multiple Arbitral Tribunals arising out of same contract.

The brief facts of the present case were that the Inox Group was engaged in the business of developing, constructing, operating and maintaining various wind energy projects across the country. They entered into three separate agreements with Hero for the following purpose:

The petition filed by Hero was rejected by the Single Judge of Delhi High Court on the ground that an arbitral tribunal was already in place, which was adjudicating upon some of the disputes between the parties and therefore, in terms of Section 9(3) of the Act, Court could not grant any interim relief. The Court further held that Hero should approach the arbitral tribunal under Section 17 of the Act for seeking any interim relief. Feeling aggrieved by the aforesaid order of Single Judge, Hero challenged the same before the Division Bench of Delhi High Court.

FINDINGS OF THE COURT

The Division Bench while dealing with the judgment of Single Judge framed the following question of law:

In the aforesaid circumstances, the Division Bench held that the arbitral tribunal constituted for the adjudication of the first set of disputes could not be said to be the arbitral tribunal for subsequent disputes raised by Hero. The Division Bench, therefore, found the appeal of Hero maintainable on merits and set aside the order passed by the Single Judge. The Court thereafter proceeded to grant the interim relief sought by Hero in its Section 9 petition, as no arbitral tribunal in respect of disputes involved in Section 9 petition was constituted as on date of filing of petition.

Gammon India judgment passed by Hon'ble High Court of Delhi is a pragmatic and farsighted approach shown by the Court, which will benefit the arbitration law enormously. Reference of subsequent disputes to the same Arbitral Tribunal, which is existing at the time of such reference, shall not only reduce the duplicity of the proceedings and be cost effective but will also enable the tribunal to take a wholesome approach while deciding various disputes some of which may be inter linked.

The second judgment of Hero Wind settles the issue of applicability of Section 9(3) of the Act to subsequent Arbitral Tribunals constituted pursuant to subsequent references in the same contract. As seen from above, a party may approach the Court under Section 9 seeking interim measures for subsequent causes of action, irrespective of existence of an arbitral tribunal, constituted for earlier disputes based on different causes of action.

It is therefore, essential that the guidelines issued by the Court in above two cases are strictly adhered to by the parties so that alternative dispute resolution becomes truly alternative and efficacious remedy. 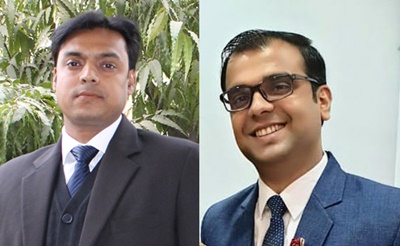 Siddharth Pandey has more than 4 years of experience in the field of Arbitration Law and Civil Commercial Litigation.