WHY COVID-19 Situation Has NO Implication On The Commercial Leases? 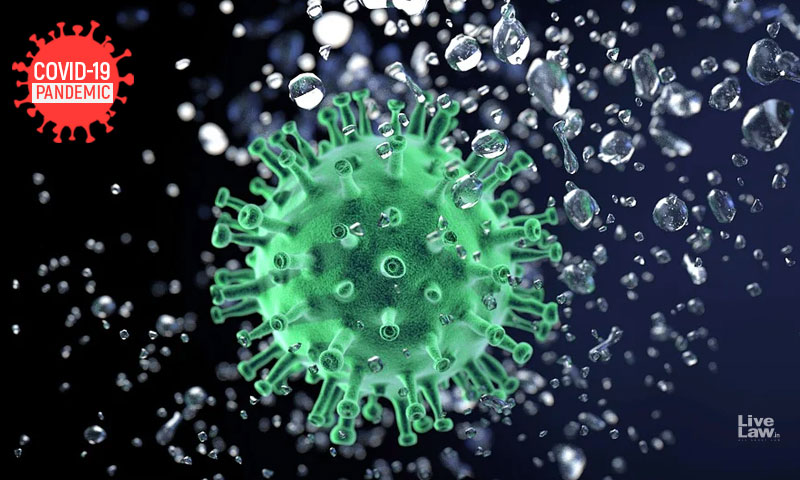 Government of India has invoked powers under the Epidemic Diseases Act, 1897 ("Epidemic Act") to enhance preparedness and containment of the novel corona virus and declared COVID-19 ('Corona Virus & Disease') a 'notified disaster' under the Disaster Management Act 2005 ("Disaster Management Act"). Accordingly, competent authority issued several measures[1] to be taken by the Government of India, State, U.T Governments for the containment of COVID-19 in the Country. One of such measure is mandatory directions/orders to close down/lock down the Commercial and private establishments including the malls but excluding the ration shops dealing with food, groceries, dairy etc., ("Lock down Order"). Consequently, the persons including Companies and other entities not engaged in business of supply of essential products and/or rendering services had no option but to cease their operations until the Lock down Order is in force.

Lock down Order a Force Majeure event for the Lessee?

Generally, all Commercial Leases and other Commercial Contracts contain events or circumstances "beyond the reasonable control of the parties" as part of a Force Majeure clause besides having an inclusive definition of Force Majeure events. The phrase "beyond the reasonable control of the parties" is quite wide in nature and ordinarily should cover the Lock down Order as a Force Majeure event. However, whether the Lock down Order will be a Force Majeure event or not in relation to a commercial contract, is a question of interpretation and is fact-specific/clause-specific. In view of the authors, due to the unprecedented nature of the COVID-19 outbreak, the consequent Lock down Order is very much likely to constitute a force majeure event with regard to several kinds of contracts including executory contracts of supply of goods and services, construction contracts, etc.,

The relevant question which triggers for analysis in this paper/article is whether the Lock down Order (i.e. a force majeure event of general nature) which has resulted in temporary closure of virtually all kinds of business/commercial operations will qualify to be a 'Force Majeure' event, enabling the Lessees of purely commercial leases to claim exemption from paying the agreed rental till the continuation of a Lockdown Order on the pretext of non-use or non-occupation of the leased premises during the said Lockdown?

The above said framed question can arise in two cases namely,

Adverting to the first case, it is noted that ordinarily commercial leases stipulate force majeure clauses essentially in the following terms:

"If due to any Force Majeure event like act of God, tempest, flood, earthquake, etc., including event beyond reasonable control of the parties the leased premises cannot be used and/or occupied by the lessee or if the leased premises is sealed or is rendered unfit for use or occupation then the lessee shall not be liable to pay any lease rental or any other amount.

It is worth noting that the lessees of commercial leases containing above indicated clause or a clause of similar nature cannot rely on the Lockdown Order as a Force Majeure event to claim exemption from their liability to pay the agreed lease rental till continuation of the Lock down Order on account of the following:

Besides the above, the lessees of commercial leases containing above said indicated clauses will be hit by the following law laid down by the Apex Court in Satyabrata Ghose vs Mugneeram Bangur & Co.[5]:

"16…..In cases, therefore, where the court gathers as a matter of construction that the contract itself contained impliedly or expressly a term, according to which it would stand discharged on the happening of certain circumstances the dissolution of the contract would take place under the terms of the contract itself and such cases would be outside the purview of section 56 altogether."

With regard to the second scenario where there are no force majeure clauses in the leases, the question of resorting to any clause in the said leases does not arise and accordingly, the lessees will not be in their right to claim that they are not liable to pay the agreed lease rental till continuation of the Lock down Order.

Now, therefore, the next logical question which arises for consideration is that whether the lessees of commercial leases can resort to the law of frustration/ supervening impossibility or illegality as embodied in Section 56 of the Indian Contract Act,1872 ("Contract Act") for claiming benefit of the Lock down Order and that they are not liable to pay the agreed lease rental till continuation of the Lock down Order. The Answer to the said question is NO for the following reasons:

"8. The conclusion of the Division Bench of the Jammu and Kashmir High Court that Section 56 of the Contract Act applies to leases as well cannot be accepted as correct. Section 56 applies only to a contract. Once a valid lease comes into existence the agreement to lease disappears and its place is taken by the lease. It becomes a completed conveyance under which the lessee gets an interest in the property. There is a clear distinction between a completed conveyance and an executory contract. Events which discharge a contract do not invalidate a concluded transfer-see Raja Dhruv Dev Chand v. Harmohinder Singh and Anr.: [1968]3SCR339. In view of that decision the view taken by some of the High Courts that Section 56 of the Contract Act applies to leases cannot be accepted as correct. Further the English decisions bearing on the point can have no further relevance."

From the above discussion, following clear principles emerge: -

Upholding the liability of the lessee to pay the rent/premium as absolute the Hon'ble Madras High Court in Gopalakrishna Mudaliar v. Rajan Kattalai[11] negated the contention of the tenant who contested the claim for rent on the ground that there had been a cyclone. The Madras High Court rejected the contention holding that the rent stipulated in the lease is an unconditional rent and not subject to act of God.

Relief for the Lessees under the Epidemic Act & the Disaster Management Act-MISCONCEPTION!!

Relying on Section 4 of the Epidemic Act[12] and Section 73 of the Disaster Management Act some of the lessees have sought to justify that they are not liable to pay the lease rental. The reliance on the said provisions is totally misconceived, wholly inapposite to the lessees' case and is not likely to pass muster of law for following reasons:

This interpretation is fortified in view of the judgment of the Hon'ble Apex Court in the State of Gujarat vs. Kansara Manilal Bhikhalal[13] wherein, while interpreting almost identical provision i.e., Section 117 of the Factories Act, 1948, it was, inter alia, held that

Thus, what is significant is that the loss of revenue arising due to events like Lock down Order is primarily in the nature of a business risk undertaken by the lessees while leasing out the premises for operating their commercial establishments and operations. This business risk has to be borne by the lessees and they can neither wriggle out of their obligations to pay the lease rental under their respective leases nor resort to the current legal framework to get out of their said obligation to pay the lease rental to their lessors.

Since the lessees cannot take resort to Lock down Order to get rid of their liability during the operation of Lockdown Order therefore, the said Lock down Order cannot be put to service for any reduction or waiver of payable lease rental for future months.

The pragmatic approach for the lessee is to renegotiate the lease terms primarily the lease rental with the lessors till they recuperate from the potential economic hardships caused due to COVID-19.

This article has been written by Mr. Vikas Mishra (Partner) and Mr. Shaleen Srivastava (Associate) of Capex Legal and with invaluable inputs from the Managing Partner of the Firm, Mrs. Malini Sud.". Author's views are personal

[2] Section 108 (l) the lessee is bound to pay or tender, at the proper time and place, the premium or rent to the lessor or his agent in this behalf:

[3] Section 108 (e) if by fire, tempest or flood, or violence of any army or of a mob or other irresistible force, any material part of the property he wholly destroyed or rendered substantially and permanently unfit for the purposes for which it was let, the lease shall, at the option of the lessee, be void:

[12] 4. Protection to persons acting under Act. —No suit or other legal proceeding shall lie against any person for anything done or in good faith intended to be done under this Act.