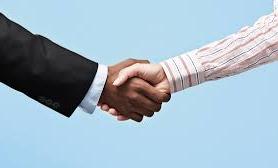 The Delhi High Court has rejected an application under Order 1 Rule 10 filed by Commercial Bank of Kuwait, whereby the Bank of Kuwait was seeking deletion of its name from the array of parties in a Suit for recovery instituted by a Plaintiff Company based in New Delhi.

The Plaintiff had entered into a transaction for the export of wholesale food items with a Kuwait-based Company. It was agreed between the Parties, as is common in international transactions, that the payment of goods shipped would be through 'collection of documents' or 'payment collection against bill'.

The Plaintiff had alleged that Commercial Bank of Kuwait was in violation of the ICC Uniform Rules of Collection (URC-522) since it released the documents related to the transaction against a written undertaking and without seeking acceptance of Bill of Exchange from the Company based in Kuwait.

The Bank had approached the High Court under Order I Rule 10 of CPC, 1908 seeking deletion of its name from the array of parties in the Suit. It was argued on behalf of the Bank that it neither had an office nor the cause of action arose within the jurisdiction of this Hon'ble Court. Further, it was argued that there is no contractual obligation, and it acted on the instructions of the Plaintiff's Bank.