The Seat Or The Assets – Where Do You Enforce The Award? 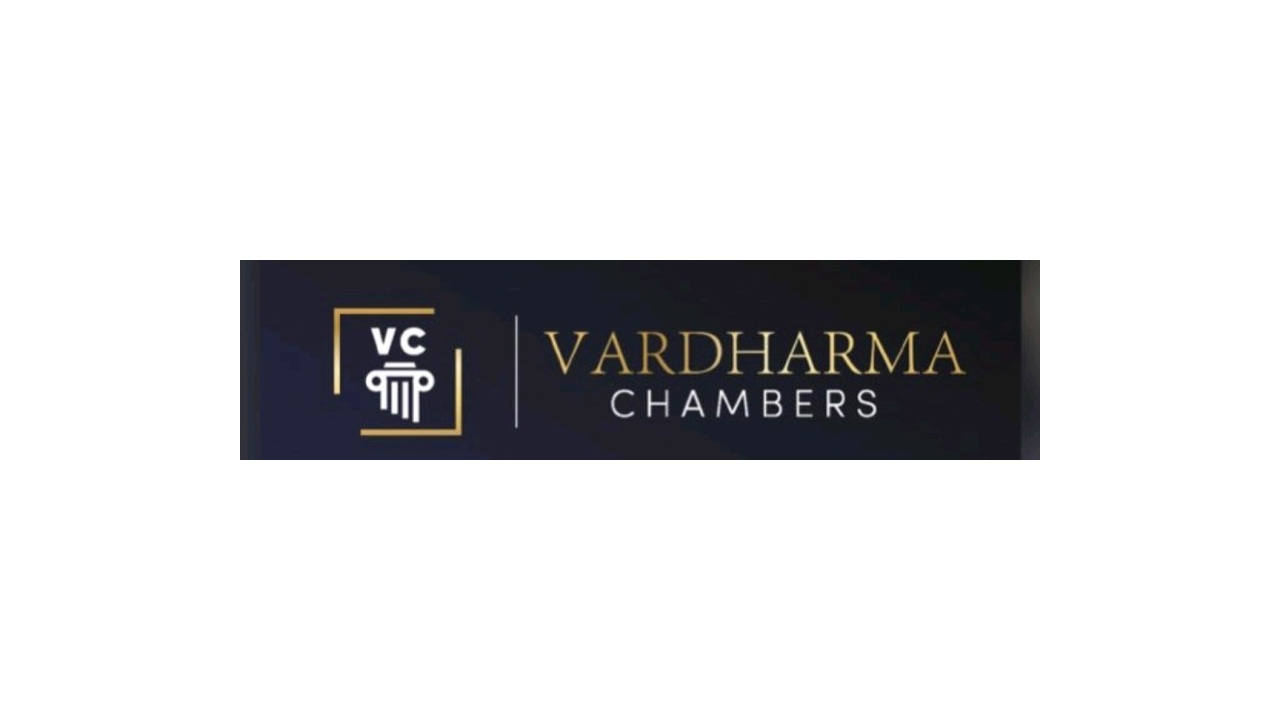 The emergence of arbitration as one of the primary mechanisms of dispute resolution has vastly changed the landscape of commercial disputes in India. Arbitration has fast become the preferred mode of dispute resolution in commercial matters in India[1]. Time limits on arbitration proceedings, strict limitation periods, and an extremely limited scope of challenge ensure that an award is ripe for enforcement much sooner than a decree in civil proceedings. But enforcing an award is a challenge, an issue which will be discussed during the present article.

The Arbitration & Conciliation Act, 1996 (A&C Act), aided by various judgments of the Supreme Court, operates in its own sphere, free from the procedural shackles of the Code of Civil Procedure, 1908 ("Code") and general contract law. It has now been firmly established that, unlike the usual proposition under contract law, Parties to an arbitration agreement can seat the arbitration in a completely neutral venue where no cause of action arises[2].

The consequence of such anchoring assigns courts of that jurisdiction with the exclusive power to adjudicate the disputes arising out of the agreement. Exclusive jurisdiction of courts at the stage of appointment and interim relief is a hotly contested issue in most arbitrations even today, though various Supreme Court judgments having settled the seat v. venue debate conclusively in a plethora of judgments[3]. It is, however, the second leg of the arbitration proceedings, i.e., the post award stage, where the issue of jurisdiction of the executing court still seems to produce conflicting judgments from the High Courts.

Where can an award be enforced?

Prior to 2018, there were divergent views on this question which were being adopted by various High Courts of the country. Essentially, they can be classified into two categories;

1. View A - The transfer of decree should be obtained from the seat/ jurisdictional court before filing the execution before the court where the assets are located. This view was taken by the Madhya Pradesh[4] and Himachal Pradesh[5] High Courts; and

2. View B - The award can be enforced as a decree and execution can be filed directly before the courts where the assets are located, without obtaining any transfer. This view was taken first by the Delhi High Court[6], and subsequently also taken by the High Courts of Kerala[7], Karnataka[8], Punjab & Haryana[9], Allahabad[10], Rajasthan[11] and Madras[12].

This conflict in opinions finally came before the Supreme Court in Sundaram Finance Ltd. v. Abdul Samad & Anr.[13] in 2018, wherein the Petitioner was told by the executing court at Morena, Madhya Pradesh (where the assets were located) to obtain a transfer from the competent court in Tamil Nadu before the award could be enforced. Rather than approach the Madhya Pradesh High Court, the Petitioner directly approached the Supreme Court, bringing forth the conflicting views being adopted all over the country.

The Supreme Court in its judgment in Sundaram Finance (supra) drew a comparison between the relevant provisions of the A&C Act and the Code. As per Section 36[14] of the A&C Act, the award of the tribunal is to be enforced in accordance with provisions of the Code as if it were a decree of the court. The High Courts which followed 'View A' understood the said provision to mean that Section 37[15] and 39[16] of the Code will be attracted, i.e., the sections which define the Court which passes a decree and lay down the procedure of transfer of that decree respectively. Furthermore, the MP High Court also relied on Section 42[17] of the A&C Act to hold that once the jurisdiction of one court is established over the arbitration proceedings, then only that court shall exercise jurisdiction over the said proceedings.

The Supreme Court, disagreeing with the aforesaid view, first negated the applicability of Section 42 of the A&C Act by referring to Section 32[18] of the Act, which says that the arbitration proceedings stand terminated upon the passing of the award. Secondly, the Supreme Court observed that although Section 36 of the A&C Act states that the award is to be enforced as if it were a decree under the Code, there is no deeming fiction in the Act to hold at that the arbitral award was a decree passed by the jurisdictional court. It was held that the award made by the arbitrator is not a decree of the court, and the provisions of Section 36 were only to facilitate the procedure of execution.

Resultantly, the Supreme Court affirmed 'View B', and held that an arbitral award can be directly enforced by any court where it can be executed, and that there is no requirement for obtaining a transfer from court having jurisdiction over the arbitration proceedings. The execution at Morena court was restored. One would think this would put a hiatus to the confusion, but this has brought us to the next round of conflict.

Does the seat or the jurisdictional court have no jurisdiction to entertain or transfer an execution?

In Sundaram Finance (supra), the Supreme Court was not considering the issue as to whether the Court as defined under Section 2(1)(e)[19] of the A&C Act, if there are no assets within its jurisdiction, can also entertain an execution petition. The lack of a definite answer on that front has once again produced contrasting judgments of High Courts.

In Global Asia v. Arup Piramal[20], a Single Judge of the Bombay High Court interpreted Sundaram Finance (supra) to hold that "its ratio does not strip the 2(1)(e) of its jurisdictions. It only says that a successful claimant is not compelled to come to the 2(1)(e) Court only to then have to detour to a local court for enforcement. He may go to that local court directly to execute his award." The learned Single Judge also relied on the full court judgment of the Bombay High Court in Gemini Bay Transcriptions vs Integrated Sales Service Ltd.[21] to arrive at the conclusion that the 2(1)(e) courts and the courts where the assets are located would exercise concurrent jurisdiction to enforce the award. In essence, the award holder would have the option to choose.

On the contrary, a Single Judge of the Delhi High Court in Continental Engineering Corporation v. Sugesan Transport Pvt. Ltd.[22], while referring to Sundaram Finance (supra), observed that "In fact, it is now conclusively settled by the Supreme Court in Sundaram Finance v. Abdul Samad, that an arbitral award is not equal to a decree passed by a Court, and execution proceedings can be straightaway filed in the court where the Judgement Debtor's assets are located… There is no justification for filing an execution petition before the court within whose jurisdiction the arbitral award was passed, and then seek a transfer to the Court which has jurisdiction over the Judgment Debtor or their properties. Irrespective of the place where the award was passed, it is to be executed by a Court within whose jurisdiction the Judgment Debtor resides, carries on business or his property is situated. Since the Judgment Debtor is admittedly residing within the territorial jurisdiction of the courts at Chennai, such courts would certainly have territorial jurisdiction to enforce the arbitral award. Thus, this Court lacks territorial jurisdiction to entertain the present petition." Hence, the Delhi High Court, departing from the judgment of the Bombay High Court, held that the execution proceedings will lie before the court where the assets are located, and the jurisdictional courts will be totally devoid of jurisdiction to entertain the same.

A third view, seemingly completely in the opposing camp, was recently taken by the Punjab & Haryana High Court in NHAI v. Yashpreet Singh & Anr.[23]. In the case, the seat of the arbitration was at Faridkot, Punjab, and the assets of the judgment debtors were located at Bhatinda, Punjab. An execution petition was filed at Faridkot, and the award was challenged before the court in Bhatinda. It was argued by the Petitioners that the court at Faridkot will have no jurisdiction to enforce the award, as all the assets were in Bhatinda, and therefore, the execution petition ought to be transferred.

From a perusal of the judgment, the conflicting nature of the obiter and the ratio contained therein becomes apparent. The Court duly noticed the judgment of the Supreme Court in Sundaram Finance to observe that enforcement of an award is maintainable wherever it can be executed. However, the Court then went on to hold that since the award was made at the seat in Faridkot, the challenge, as well as the execution, were maintainable only at Faridkot. It held "Section 2(e)(i) of the Arbitration and Conciliation Act would reveal that Faridkot Court has only jurisdiction to entertain and decide the objection petition under Section 34 of the Arbitration and Conciliation Act and also the execution and therefore, the objection petition filed at Bathinda Court is not maintainable… [43]. Having regard to the aforesaid case laws, it can be held that the Court at Faridkot has the exclusive jurisdiction to the exclusion of other Courts in the country as juridical seat of the arbitration was fixed at Faridkot. [44]. Taking into consideration the totality of facts and circumstances of the case, I am of the considered view that the seat of the Arbitrator was fixed at Faridkot and the execution proceedings are maintainable in the Court at Faridkot." The Court, therefore, repelled the contention that the execution was maintainable at Bhatinda at all.

Prima facie, the judgment of the P&H High Court seems to be in the teeth of the judgment of the Supreme Court in Sundaram Finance, in as much as it holds that the execution is not maintainable at all outside the jurisdiction of the seat court at Faridkot, though it must be kept in mind that the Single Judge mentions that the award is being passed in the facts and circumstances of the case. The said judgment is now under challenge before the Supreme Court[24].

Despite the Supreme Court's judgment in Sundaram Finance, divergent views are once again emerging in different High Courts. Litigants are once again faced with the question – where does one file for enforcement of the award? In a process that is already difficult enough, with the judgment debtor disposing of their assets or not filing their affidavit of income, the question of jurisdiction strikes at the very root of the issue. It is hoped that the Supreme Court in NHAI's pending challenge to the judgment of the P&H High Court will consider the need for putting the above issue to rest.

After having taken massive leaps in arbitration law, the enforcement stage is where the courts in India are still lacking. Recently, the Supreme Court was faced with an execution petition of an award which was passed in 1992[25], wherein the execution itself has been pending for 20 years. In other cases, the courts have often had to exercise their powers of contempt to punish the judgment debtors who disposed of their assets after the passing of the award[26].

There are still ways to go before India becomes a hub for international arbitration. And yet, in the last ten years, the Government has noted significant amendments to the A&C Act, and the Supreme Court has passed multiple landmark judgments on the interpretation of its various provisions. It is the correct and proper implementation of these steps taken at the top of the pyramid which need to translate into meaningful change at the bottom for India to truly be a leading seat for arbitrations.

[16] Section 39: Lien on arbitral award and deposits as to costs.