Doorstep Delivery Of Certified Copies From Delhi District Courts: Whether An Experience Of Reality Or Aberration? 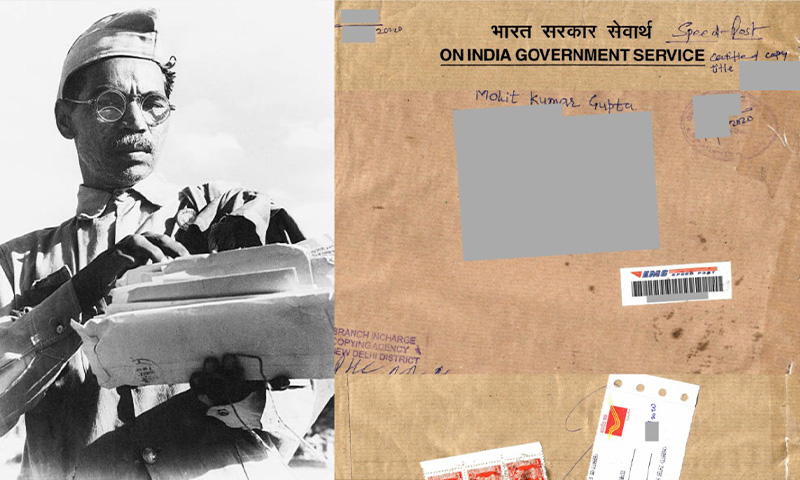 The adjournments, for whatever reason(s), have been an Achilles' heel for the litigant, if not alone for the justice system. The sense of seriousness towards the menace adjournments create, although subtly and in a tolerant manner in the system, gets pinching attention, when the like treatment is meted out to the litigant and the counsels, with repeated dates by the copying agency, for getting the certified copies of the judicial records. The system and its functionaries, may have thousand genuine or other explanations, for the snail pace of the work, but it is the ultimate consumer of the process, who is made to feel disheartened in receipt of pure administrative public services. The learned counsels, party-in-persons, other litigants etc., who have experienced the process of filing application seeking the provision of certified copies till its actual receipt, must be well-aware of the difficulties and ignominy one has to face, in encountering 'Next Date' culture as is usually prevalent there, with the sheer absence of and a need to have, a virtual, faceless (contactless) and direct interface.

The tale of time, trouble and twist relates to pre COVID-19 era, when certified copies of a criminal case records were about to be applied at the Copying Agency (CA) Filing Counter at the Hon'ble Patiala House District Courts. While perusing the application being already prepared in Form C.A.I. (format of the application which is available as uploaded on the official website of the Delhi District Courts), against the line 'I copy to be sent by post or Will applicant attend in Person', for the very first time, the word 'post' was duly encircled and '-N.A.-' (Not Applicable) was written, believing on an assumption which formed the basis for inclusion of such provision in the format and duly extended with practical disbelief and expected disapproval from the concerned officials/officer(s), and nonetheless, the application was filed, after making necessary changes in the amount of court fees to be pasted, as per the pre-calculated number of pages sought and the charges for registered post and speed post applicable thereto, whichever were found to be higher then. The usual resistance came from the official, who was though unavailable at the counter then and was later coaxed to come on the seat to do the job by seeking the intervention of the Branch In-charge, in the form of denial to accept the application, for the simple reason of such applications being never seen to have been accepted as such in the limited experience of the concerned official. I was advised to contact the official's supervisor or superior, being the Branch In-charge, and before I could delve more into the issue of seeking certified copies through postal means, I was provided with three important disclaimers by the Branch In-charge, before agreeing to enter into a dialogue. The same are reduced in writing herein below, as far as remembered correctly:

After listening to the same, the dialogue was entered into, and the plausible response which was being expected then, was given that there has been no institutionalized procedure to undertake such delivery of certified copies, and there were no resources available. The usual consequential advice, which was in fact given, was to seek the intervention of the Officer In-charge (Copying Agency), who is generally an officer of Delhi High Judicial Services and of the rank of Additional District or Sessions Judge, whose court room number, was too unavailable with the Branch In-charge. Finding the issue to be significant and having ramifications over the entire set of working mechanism in the Copying Agency with lack of underlying study of the applicable rules and precedents, if any, it was found expedient to avoid approaching the said Officer In-charge with an oral request and accordingly, a detailed grievance in writing was filed with the Ld. District & Sessions Judge, (Now Ld. Principal District & Sessions Judge), New Delhi District, Patiala House District Courts, incorporating the following extract of the applicable rules, seeking immediate action to provide the certified copies by postal means and an opportunity of being heard as a matter of natural justice since correct and relevant details were unavailable then (with no public access available) to approach the Branch Head, if there was any.

Punjab Civil and Criminal Courts Preparation and Supply of Copies of Records Rules, 1965 (as amended from time to time and as in force)

The relevant extracts of the rules, which were quoted then, are being reproduced herein below for ready reference:

11. Charges for copies and manner of payment thereof-

(a) If the applicant desires that the receipt in Form C.D. 10 be posted to him immediately on the receipt of his application, he should also affix to his application extra Court-fee stamps of such amount which are sufficient enough to cover the postal charges.

(c) If the applicant desires that the copy be sent to him by post, he should also affix to his application extra Court-fee stamps of such amount which are sufficient enough to cover the registration and other postal charges.

Note - The Court-fee label of forty paise affixed to the application shall be destroyed by the Copying Agent in the presence of the Copying Supervisor in the manner laid down in Rule 39.

14. Presiding Officer to be consulted in case of doubt -

If it is clear that the copy can be supplied as a matter of routine and the application is in order, the officer receiving the application shall order the copy to be prepared. If, however, he is doubtful on any point he shall put up the application for the orders of the District and Sessions Judge or the Register of the Small Cause Court, as the case may be.

Well, what happened thereinafter, is an inside story unknown, however, within a week, the certified copies were supplied through speed post at no extra charge. What, in fact followed, post submission of the grievance, was a tele-call from the same Branch In-charge that she was so directed to send the certified copies by post, but she actually needed the original copy of the acknowledgement receipt/slip, which had to be put up in the file. To the logical denial of getting into such submission of original slip in-person or otherwise through post, which would have rendered the very premise of seeking certified copies at doorstep purposeless and caused ill-required harassment, with much persuasion, the tele-call ended with divided expectations on the said official's acceptance to the logical submissions made then, but the results proved it to so with the receipt of the copies afterwards. As a sequel to the same, after few months, a similar application was filed just before the onslaught of COVID-19, through postal means as against filing at the counter, and without the need for any such filing of grievance and persuasions, the certified copies were made available within a period of two weeks thereinafter.

Thus, the instance shared above could not be termed as mere aberration, but an undiscovered and unexploited opportunity in the system itself. The ordeal has made us to ponder the need to have a structured virtual, faceless (contactless) and direct interface/facility, in tune with the one, having been made so available by the Hon'ble Supreme Court of India, for provisioning of certified copies of the judicial records. The present system is just not archaic but ignores the contemporaneous times, where the proclivity of every stakeholders, primarily the recipients of justice being the litigants, is to receive public services at doorsteps and the same assumes significance, when the litigants are based at far off places from the place where the court premises are located. The present issues of miscalculation of applicable court fees, delivery charges, wrong addresses, non-eligibility to apply, besides others, are such that they cry loud for remedial measures, although without being heard as such as of now, requiring a much desired change in set-up. The technological developments in the private e-commerce entities and their courier/delivery partners in online applying, tracking, delivery, returns and customer care, have ushered into a new revolution, which too can be adopted by our system with suitable modifications, to bring in the concept of 'Convenient and Affordable Justice'.

NOTE: The redacted portions as are marked in 'Grey Colour' in the JPEG/PNG/PDF files enclosed/attached herein, contain the personal as well as the other information revealing the identity of the documents and the party concerned, being found to be needless in the present context. The said files as are created are meant for information purposes only, considering the issue(s) involved therein, being believed to be of social interests and/or importance.

The author, Mohit Kumar Gupta is an advocate at High Court of Delhi and District Courts-Delhi NCR. He can be reached at [email protected] for any questions or feedback concerning the write-up. The views expressed herein are personal in nature which do not constitute legal advice as such and is not intended to be understood as solicitation of work.