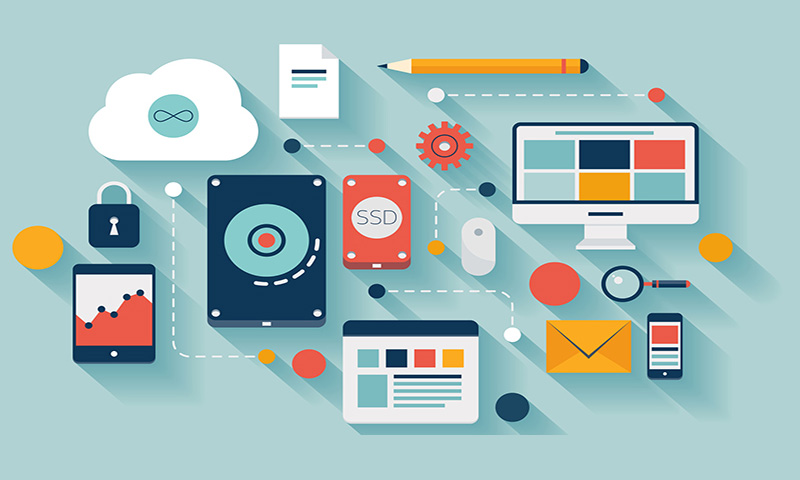 On 24 March 2015 the Supreme Court delivered a landmark verdict in Shreya Singhal v Union of India ("Shreya Singhal"). At the time most commentators focused on Section 66A of the Information Technology Act, 2000 ("IT Act"), which the court struck down for being ultra vires the fundamental right to free speech. Less appreciated were the court's views concerning two other Sections of the...

On 24 March 2015 the Supreme Court delivered a landmark verdict in Shreya Singhal v Union of India ("Shreya Singhal"). At the time most commentators focused on Section 66A of the Information Technology Act, 2000 ("IT Act"), which the court struck down for being ultra vires the fundamental right to free speech. Less appreciated were the court's views concerning two other Sections of the IT Act – Section 69A (along with Blocking Rules) and Section 79 (along with Intermediaries Guidelines). This article will focus on the court's analysis of these provisions.

The court read into Section 69A several procedural safeguards such as user rights to a hearing and appeal in response to government takedown requests ("TDRs"). It also enhanced the safe harbour protection available to intermediaries under Section 79 by exempting them from the need to respond to private TDRs. Now intermediaries would only have to contend with government/court TDRs to maintain their immunity from liability. In this way, the court redressed the pervasive chilling effect problem that intermediaries were grappling with at the time.

However, this enhancement of intermediary safe harbour protection has come to be seen as somewhat anachronistic. While the public once viewed intermediaries as passive platforms, many now contend that intermediaries exercise enormous editorial control over content [by for instance using algorithms to amplify and demote content]. Consequently, even some regulators have begun to assert that intermediaries should not continue to benefit from the safe harbour immunity bestowed on them in a previous era. Since intermediaries wield more control over content, they cannot simply wait for TDRs to alert them to the presence of illegal content. On the contrary, this line of thinking goes, they must proactively remove illegal content or face liability for the same.

But while scapegoating intermediaries can be gratifying in the short run, it represents a short-sighted approach that will ultimately backfire. Indeed, neither free speech nor online safety can be achieved by pressurizing intermediaries with threats of strict liability. To achieve the optimum balance between liberty and safety, it is essential to retain the notice and takedown framework articulated in Shreya Singhal and build on it by robustly incorporating the basic principles of natural justice – user notification, hearing and appeal – into both Sections 69A and 79 of the IT Act.

Challenge in Shreya Singhal: Section 69A and the Blocking Rules 2009 were challenged as unconstitutional on various grounds. Firstly, petitioners contended that the user who uploaded the content targeted for takedown is not given any notice or hearing regarding the same. Notice followed by a pre-decisional hearing to the user [not just the intermediary] is essential they argued. Secondly, they posited that strong judicial oversight of blocking orders must be incorporated into the law as a necessary safeguard against abuse. They cited the example of Sections 95 and 96 of Code of Criminal Procedure, 1973 ("CrPC"), which provide for a court hearing to anyone wishing to challenge a book/newspaper ban. Thirdly, petitioners argued that the secrecy provision contained in Rule 16 of the Blocking Rules was unconstitutional; they averred that blocking orders must be in the public domain and backed by sound reasons.

What the Court Got Right: The court rightly said that a pre-decisional hearing is to be given to the user as well as the intermediary by the government. The court also rightly concluded that "reasons have to be recorded in writing in such blocking order" so that users who wish to can proceed to challenge such orders in court.

Where the Court Missed Out: With respect, the court didn't adequately resolve concerns raised about the secrecy provision of the Blocking Rules. While the court did empower aggrieved users to challenge blocking orders in court, it did not explain how they could go about doing so if the blocking orders remained secret. Indeed, the petitioners turned out to be quite prescient in their concerns about secrecy. Many users have sought to access blocking orders since 2015, but MEITY has opposed them on the ground that such orders remain secret.

What Can be Done to Remedy Gaps Going Forward: The Anuradha Bhasin judgment stressed the importance of publishing internet shutdown orders in the interest of transparency. Applying the same principle, courts can lift the secrecy restriction on Section 69A blocking orders [apart from emergency orders] so that going forward such orders may be challenged by users.

Also, courts should ensure that the opportunity of pre-decisional hearing given to users is realized in practice. Unfortunately, as per several news reports this right is being denied to users wishing to contest TDRs sent to intermediaries.

Challenge in Shreya Singhal: Petitioners challenged these provisions on several grounds. First, they asserted that intermediaries lack the capacity to judge the legality of content based on private takedown notices. Petitioners also alleged that Rule 3(2) of the Intermediaries Guidelines contains vague terms that leave users in the dark about their scope and meaning. Finally, they contended that the use of the term "unlawful acts" in Section 79(3) suggests that intermediaries might have to remove content which goes "beyond the specified subjects delineated in Article 19(2) of the constitution." This is in contradiction of settled law which clearly holds that speech restrictions can only be imposed if they pertain to one of the eight subject matters contained in Article 19(2).

What the Court Got Right: The court was right to conclude that private TDRs will excessively burden intermediaries, as they lack the incentives to be the judges of third-party content. Being risk averse an intermediary will over-remove content when faced with a barrage of TDRs, instead of carefully assessing context. As corporations, intermediaries are constrained to focus their energies on satisfying short-term shareholder concerns, which leaves them with a limited appetite for engaging in nuanced analyses of incoming TDRs. This is especially so if the user is not empowered in any way to challenge TDRs and ask for content to be 'put back' online.

The court was also right to state that the content removal obligations of intermediaries under Section 79(3) are restricted to article 19(2) subjects.

Where the Court Missed Out: With respect, the court failed to assert that the terms in Rule 3(2) are completely "open ended…and vague." And so, as in the case of Section 66A a user has no idea whether their speech falls outside the ambit of the terms of Rule 3(2) or not.

What Can be Done Going Forward: Courts can direct the government to clarify the meaning of the terms contained in Rule 3(1)(b) of the New Intermediaries Guidelines so as to avoid excessive ambiguity and arbitrariness.

Courts can also bolster user rights of notice and appeal by reading Section 79 expansively. Such user involvement in the takedown process constitutes an essential safeguard. By keeping users in the loop when their content is about to be removed, intermediaries will be less likely to succumb to unsound TDRs; even if they do users can seek reinstatement via a court challenge. Given the absence of any confidentiality provision in Section 79 and the New Intermediaries Guidelines it should be much easier to bring such a safeguard into effect.

Additionally, transparency measures for algorithms can be pursued as is being done in the United States and European Union. If there is greater transparency regarding platform behavior, individuals can choose to be on platforms that amplify and moderate content in line with their preferences. This way platforms will over time be compelled by market forces to do away with amplification practices that fail to garner popular support.

Shreya Singhal transformed intermediary liability law. Because of this decision intermediaries no longer had to be the judges of private TDRs sent by aggrieved individuals. They got the breathing space to better assess fewer TDRs vetted by public authorities like governments and courts. The involvement of users in the Section 69A process also promised to ease the pressure on intermediaries and enrich the procedural soundness of the takedown process. Going forward, courts should involve users in the Section 79 takedown process as well.

But there are dark clouds on the horizon. Vigorous efforts are underway to make intermediaries the judges of content again. Such pressures will push intermediaries to deploy problematic filtering tools, which have not only proven to be ineffective at promoting safety but have also resulted in the disproportionate removal of legal speech, especially the speech of minorities and the disenfranchised.

It must be remembered that apart from clear cut cases of illegal speech such as Child Sexual Abuse Material for which POCSO already imposes separate obligations on intermediaries, it is impossible to ascertain the legality of speech in the absence of proper context [which filtering tools don't provide]. This context can only be understood when robust procedural safeguards such as the ones described in Shreya Singhal are in place. 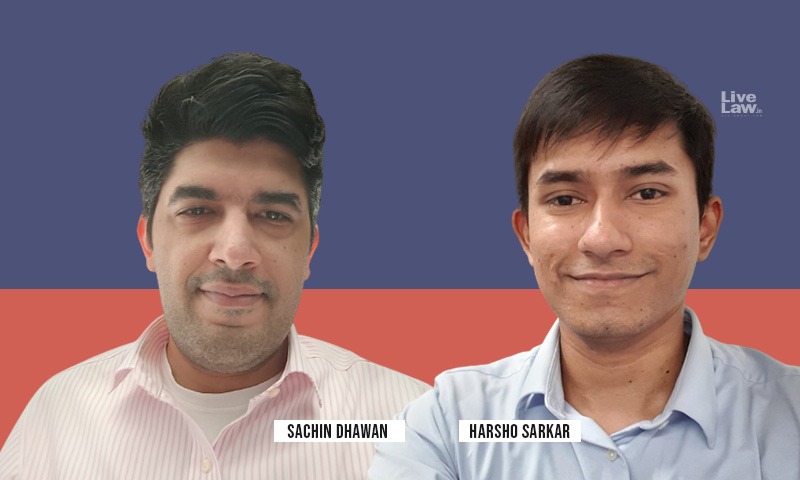