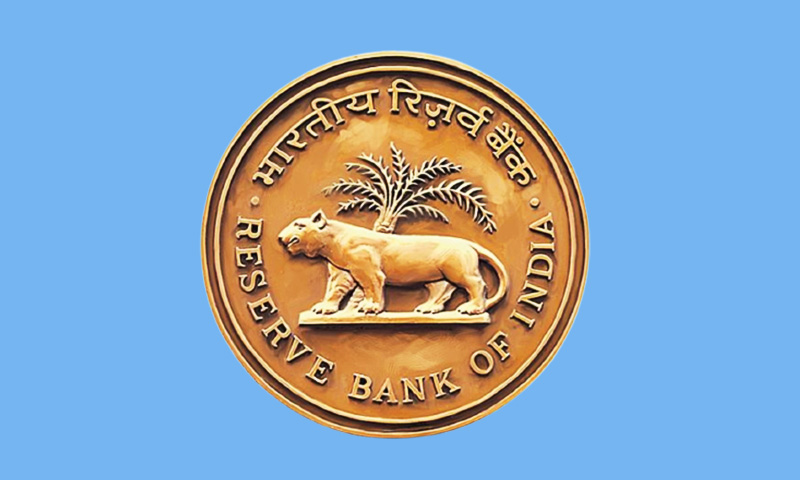 Banks are evaluated on their standard of assets as well as their number of branches and deposit volume. Today, one of the major concerns for Indian banks are Non-Performing Assets ('NPAs'), as NPAs have detrimental impact on the bank's earnings, liquidity, and solvency. Failure in the banking industry could have a negative effect on several other industries. Certainly, NPAs have sickened the Indian economy for many years now, however, as a remedy, economic policies in India from time to time have been designed to offer relief to Banks as well as Financial Institutions ('FIs') from the current NPAs and to mitigate actions to lower the rate of such NPAs. The economic policies have been infused by the Apex Bank of India i.e., Reserve Bank of India (RBI) as guidelines or circulars aiding the Banks and FIs to control, mitigate, and resolve issues pertaining to NPAs. Further, such RBI Guidelines and Circulars as and when necessary has been judicially interpretated extensively so as the Lenders can take appropriate measures against the Borrowers.

The RBI had several Circulars (amended from time to time) pertaining to Prudential norms on Income Recognition, Asset Classification and Provisioning pertaining to Advances which allows the Banks/FIs to recognize incipient stress in borrower accounts, immediately on default, by classifying them as Special Mention Account ('SMA'). Further, when these SMA accounts continues to remain overdue for more than 90 days period, the accounts get categorized as NPA by such Banks/FIs. Further, if the account remains NPA for less than or equal to 12 months then it is classified as Sub-Standard Asset and if the assets remain NPA for more than 12 months they are classified as doubtful assets. Moreover, when these NPAs further slips to such a little value, where the assets are no more bankable, they are known as Loss Assets. In recent times, the lending business is deemed as a threat for several banks due to rise in NPAs, which have put the long-term future of such Banks/ FIs in jeopardy. In this context it would be justified to state herein that RBI has laid down the Circulars under which the Banks/FIs are obligated to mark bad loans as NPA after the default of 90 days. It is very necessary for one to understand herein that declaring NPA is essential to identify the impairment of accounts and any deferment in classification of such assets will not only be against the RBI norms but would further lead to non-recognition of stress in the books of the Lenders which will distort the financial statements published by them. The act of identifying and classifying a defaulted loan account in the books of the Banks/FIs as NPA is only a process of treating the account as required in accordance to the guidelines of the Regulatory Authority. It is imperative to refer herein the matter of M/s. Holystar Natural Resources Pvt. Ltd. & Anr. Vs. Union of India & Anr.[1], the High Court of Delhi relying on the findings of the Supreme Court in the matter of Mardia Chemicals Ltd. v Union of India (2204) 4 SCC 311, held that declaring an asset as NPA is not based on the whims and fancies of the Banks and FIs but basing on the guidelines issued by the RBI. Further, the Court specifically stated that RBI directives and guidelines have a statutory flavour and consequently the Banks have to abide by them in order to improve the quality of assets of the Banks. Thus, it is must for the Banks to flag bad loans as NPAs after the 90 days default. However, the Borrowers have alleged these statutory obligations of the Banks/FIs as coercive with a sheer intent to escape from its own default and thereafter on being declared as NPA. Nonetheless, judiciary has time and again highlighted the intent of the RBI Circulars and the duty casted upon the Banks/FIs. It was in the matter of M/s Sri Kalyani Agro Products & Ors vs. Union of India[2], wherein the petitioners prayed for a writ of mandamus to declare the action of the respondent bank in declaring the account of the petitioner as NPA and initiating in further steps including coercive actions, as illegal and unconstitutional. The Andhra Pradesh High Court held that, the petitioners cannot question the action of the bank while it is taking steps to realize the loan amount. Further, a similar observation was made by the High Court of Uttarakhand in the matter of Hotel Golden Tulip a Unit of M/S Surgico and Medical Centre vs. Ramesh Kumar & Ors.[3]. Certainly, in the said matter a contempt writ petition arose after the petitioner believed that the respondent bank is taking coercive action by declaring its loan account as NPA and not following the previous orders issued by Writ Court. Petitioner contented that the Bank authorities have issued a notice declaring its loan account as NPA with a request to deposit the outstanding amount within one week. This, according to the petitioner, amounts to disobedience of the order passed by the Writ Court. However, the High Court specifically held that the declaration of the petitioner's loan account as NPA cannot be treated as coercive action and dismissed the petition. Therefore, it is the responsibility casted upon the Banks/FIs by the RBI Circulars, to depict the actual financial scenario to the public, instead of showcasing some rosy picture of the Borrowers, as ultimately the funds involved is public money.

The ages ongoing tussle of Banks with the Borrowers to declare NPA on default, has led to a further stricter approach by RBI to improve financial front of the economy. The regulatory authority having noticed the Borrowers failing miserably to clear the default, led to the formulation of circulars pertaining to declaring a director as willful defaulter. Accordingly, RBI brought into effect a scheme in 1999 under which Banks/FIs were required to submit RBI the details of willful defaulter. Later, a Master Circular on 'Willful Defaulters' came into effect in the year 2013, which was further strengthen and broaden vide master circular dated 01.07.2015. This circular squarely distinguishes between 'default' and 'willful default' to identify between people who legitimately fell into the debt trap and people who are intentionally abusing the banking system to avoid paying back their debts. The goal to infuse such a circular into the banking sector is to put in place a system to disseminate credit information pertaining to willful defaulters for cautioning Banks/FIs to ensure that bank finance is not made available to them. The circular fairly lays down that willful defaulters are 'unit' which includes individuals, juristic persons and all other forms of business whether incorporated or not and further, in case of business enterprise (other than companies), Banks/FIs may also report the names of those persons who are in-charge and responsible for the management of the affairs of the business enterprise. The intent of these master circulars is to ensure that directors make the default good or else face penalties on intentionally not paying which would further be detrimental to the director's name, reputation, and dignity in the industry. It is to be understood that Banks are to strictly abide by these circulars/guidelines of RBI to ensure a better corporate governance structure in companies and ensuring accountability of independent /professional directors, promoters, auditors etc.

The RBI Master Circular dated 01.07.2015 details out a mechanism for Banks/FIs that is to be undertaken by them while identifying and reporting instances of willful defaults. The stepwise mechanism is stated herein below in brief:

It is certain from the mechanism that declaration of willful defaulter is a Lender's regulatory right enshrined under the RBI Circular. Further the mechanism is totally an internal proceeding of the Lenders, as it involves officials of the Bank/FIs who have to adhere to the guidelines laid down by RBI. It is relevant to note that the SC in one of its landmark judgments of State Bank of India vs. Jah Developers Private Limited and Ors.[4], held that RBI Circular pertaining to willful defaulter is in-house proceedings wherein, there is no right to be represented by a lawyer, as events of willful default only relate to individual facts of each case. It has further been made very clear by the Court that Banks/FIs has to discover whether a 'unit' has defaulted in making its payment obligations even when it has the capacity to honour the said obligations; or that it has borrowed funds which are diverted for other purposes, or siphoned off funds so that the funds have not been utilized for specific purpose for which the finance was made available and to further analyze whether the default is intentional, deliberate and calculated. All such analysis and observations are merely a question of fact which the lender puts to the borrower in a show cause notice to elicit the borrower's submissions on the same. At this instance, it is relevant to understand that the in-house proceedings are merely an administrative proceeding, which the Banks/FIs has to oblige and work in consonance to the circulars/guidelines laid down by the RBI. Such in-house committees are only regulatorily responsible for gathering information to draw conclusions and such proceedings bear no complicated questions of law. Further, the Supreme Court in Jah Developers (Supra) very well upheld the RBI Circular and only supplemented the same with a basic principle of natural justice. The Supreme Court reached an empathetic conclusion that identifying a person as a willful defaulter has certain serious ramifications since a person's fundamental right under Article 19 (1)(g) is attracted, as the moment a person is declared to be a willful defaulter, the impact is on its fundamental right to carry on business which is affected directly and immediately. As soon as the borrower/person is declared as willful defaulter, it/they loses a chance to enjoy additional facilities that can be granted by any Banks/FIs and entrepreneurs/promoters would be barred from institutional finance for five years. Moreover, the banks and other financial institutions may even change the management of the willful defaulter and a promoter/director of a willful defaulter cannot be made promoter or director of any other borrower company. Further, under section 29A of the Insolvency and Bankruptcy Code, 2016, a willful defaulter fails to qualify as a resolution applicant as well. Therefore, the principles of natural justice should be welcomed in the decision-making process by the Banks/FIs. However, the RBI Circular being in public interest has well encouraged submissions/representations from the Borrower and the and the promoter/whole-time director. Therefore, it can be well considered that the committees comprising of Bank/FIs officials, constituted in accordance with the RBI Circular pertaining to Willful Defaulter, must pass a reasoned order. Accordingly, it is imperative to refer herein the orders passed by the High Court of Delhi in the matter of Frost International Limited vs. Punjab National Bank[5], wherein it was well-observed by the High Court that the Identification as well as Review Committee's failed to lay out a reasoned order because it lacked sufficient justification and the least that is expected from such Committees is to consider the representations and give reasons for rejection of such representations.

In conclusion, it is certain to emphasis that both RBI and the judiciary are actively doing their part to provide businesses the comfort they need during these unprecedented circumstances. It can be well assumed that the actions taken by RBI are in the best interests of the economy and the nation, which is further well comforted by the judicial interpretations. Thus, it won't be wrong to state that the Banks/FIs has been duly authorized by RBI norms to carry out necessary functions and while carrying out such obligations the Banks/FIs need to strictly ensure that the principles of natural justice are well adhered to, to have a financially sound banking sector.