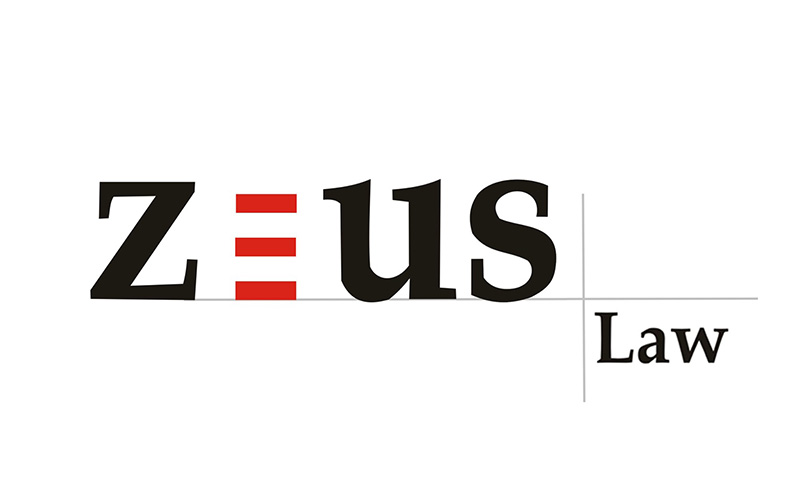 It is a well- known fact that the Government of India is the biggest litigant in the country. Whether through its ministries, departments or state-owned undertakings, the government accounts for nearly 50% of all pending cases in India according to a recent speech made by the Chief Justice of India. While arbitration or commercial civil litigation is the available remedy in case of contractual disputes with the government bodies, the individuals or the corporations take the route of Article 226 of the Constitution of India in matters of breach of their fundamental rights by the state or the state-owned entities. But what happens to the maintainability of your writ petition if the state-owned entity ceases to be "state" during the pendency of the writ petition? Or, can you file a writ petition against an entity that was "state" when your fundamental rights were breached but is no longer a state-owned or controlled undertaking at the time of filing of the writ? This aspect needs to be examined in the light of ambitious disinvestment targets set by the Central Government.

Disinvestment of loss-making Public Sector Undertakings (PSUs) has become a key component of Indian capitalism in the last decade. It not only gives overgrown PSUs, ridden with low efficiency, low incentive for innovation and excessive red-tape, the opportunity to overcome these vices under the leadership of a private entity, but it also helps reduce the burden of debt on the exchequer.[1]

In the Budget for FY 2021-22, the Union Government set a roaring target of raising Rs.1.75 lakh crores from disinvesting PSUs barring those PSUs identified under the four strategic sectors, namely, atomic energy, Space and Defence; Transport and Telecommunications; Power, Petroleum, Coal and other minerals; and Banking, Insurance and financial services. This target, however, has been revised to Rs.78,000 crores in the budget for FY 2022-23.

More recently, the Government achieved its long due endeavour to privatise the loss-making national carrier Air India. The Tata Group took over the airline for Rs.18,000 crores.

With more than 100 such actions of disinvestment having been undertaken in the last five years, it is important to understand how this transition of corporations from "state", under Article 12 of the Constitution of India, to a private entity impacts the maintainability of writ petitions seeking enforcement of the fundamental rights.

Challenges To The Legality Of The Act Of Disinvestment Itself

Before delving into the question of maintainability of writ if the entity changes its status from "state" to "privately held", it is relevant to take a sneak peek into how the courts have dealt with the challenges to the decision of disinvestment of certain PSUs itself.

The Madras High Court, unimpressed with the plea of the Petitioners, ruled that "the court will not sit in judgment over issues of economic policy, unless such policy is violative of constitutional or statutory provisions."

The Court categorically noted that "The employees have no vested right in the employer company continuing to be a government company or "other authority" for the purpose of article 12 of the Constitution of India" and, hence, the challenge to the disinvestment was dismissed.

This aforesaid decision was referenced heavily by the Apex Court in adjudicating (read dismissing) the challenge to the validity of the disinvestment of the Bharat Aluminium Company ("BALCO") in BALCO Employees Union vs. Union of India[3] . The Government transferred 51% of the stake in BALCO to a private entity. The petition filed by the Employees' Union of BALCO had made averments similar to those in Southern Structural (supra).

Similarly, the Supreme Court in All India ITDC Workers Union & Ors. vs. ITDC & Ors.[4] followed the same principle in dismissing the writ petition, filed at the behest of the employees, challenging the decision of the ITDC to sell the hotel at Agra to a private entity, as being a "policy decision taken by the Government of India… (which) cannot be assailed at the instance of the employees."

While the judgements in BALCO and All India ITDC (supra) were concerned with the challenge distinct from the proposition the authors intend to address here, these pronouncements are essential for understanding the differing views taken by the High Courts while answering the question of maintainability of the petition in the light of change of status of the entity.

Disinvestment being a recent phenomenon, there is scant authority on the issue of maintainability of an ongoing writ petition when the Respondent Government Body ceases to be "state" under Article 12 of the Constitution. And the lack of consensus amongst the different high courts complicates this scarcity even further.

This question of law was squarely dealt with by the Calcutta High Court in Ashok Kumar Gupta & Ors. vs. Union of India [5]. The Petitioners, who were employees of Jessop & Co. Ltd., took voluntary retirement under the Voluntary Retirement Scheme, 1998 and approached the High Court under Article 226 seeking re-computation of the benefits under VRS. In the interregnum, Jessop & Co. had fallen sick and been referred to the Board for Industrial and Financial Reconstruction ("BIFR"). Thereafter, the rehabilitation scheme sanctioned by BIFR failed and the Government was constrained to disinvest its shares in Jessop & Co. by transferring it to a private entity.

The Counsels for Jessop & Co. took the preliminary objection that the Respondent had ceased to be "State" within the meaning of Article 12 and was no longer amenable to writ jurisdiction and consequentially to an appeal arising therefrom. The Appellant/Writ-Petitioners contended that "a proceeding which is maintainable on the date of institution does not become non-maintainable because of change of law unless such change expressly makes it non-maintainable…". It was not in dispute that the Respondent Company was a PSU on the date when (i) the writ petition was filed; (ii) the writ petition was dismissed by the Single Judge; and (iii) the appeal was preferred against the dismissal of the writ.

The Division Bench of the Calcutta High Court decided the preliminary objection as to maintainability by holding that an appeal which was valid at the time of its commencement could not become invalid/non-maintainable even by a subsequent legislation unless retrospective effect is specifically given to such legislation.

The High Court of Delhi was met with a similar issue in Asulal Loya vs. Union of India & Ors.[6] where the Petitioner challenged the order of his termination by BALCO by way of a writ petition before the Single Bench of the Delhi High Court. The writ petition was filed way back in the year 1991 while BALCO got privatised in March 2001. Since the matter was not decided until the year 2008, the Respondent took a preliminary objection as to the maintainability of the writ petition contending that the Respondent no longer being a Government Company was not amenable to writ jurisdiction.

Though faced with facts much like those in Ashok Kumar Gupta (supra), the Single Judge of the Delhi High Court ruled quite the contrary. The Court found merit in the submissions of the Respondent and relying on the ratio of BALCO and All India ITDC dismissed the writ petition. The Court also relied on Binny Limited and Anr vs V Sadasivan and Ors[7] to state that the writs are usually issued against the public authorities and and also against the private authorities when they are discharging public functions. Since the present matter didn't relate to any of the two cases, the writ was found to be non-maintainable. The Court observed that the Petitioner is "not left remediless" and would be well within his rights to prefer a civil suit or proceedings under the Industrial Development Act whilst seeking protection from Section 14 of the Limitation Act to save its limitation.

Another Single Bench of the Delhi High Court in Ladley Mohan vs. Union of India & Ors[8] relied on Asulal Loya (supra) to dismiss a writ petition resting on similar facts.

The Bombay High Court also dealt with a related issue in Tarun Kumar Banerjee vs. Bharat Aluminium Company Limited & Anr.[9] where the writ petitions were filed when BALCO was still a Government Company but its legal status during the pendency of the petition. The Division Bench of the Bombay High Court, taking a view similar to the Delhi High Court, dismissed the writ petition whilst giving the Petitioner the option to approach any other forum to address their grievances.

Therefore, the High Courts of Delhi and Bombay refused to pass final directions in the petitions where the status of the Respondent changed from "state" to "private" during the pendency of the matter.

As a natural corollary, the question of maintainability of the writ when it is filed at the time when the Respondent's status has already changed from "public" to "private" (though the cause of action for filing arose when the Respondent was "State") is also not settled. For instance, recently the Karnataka High Court has dismissed a writ[10] filed against Air India Limited on the ground that the Respondent is no longer a state-owned or controlled undertaking at the time of filing of the writ though the cause of action may have arisen before the change in status.

It is clear from the foregoing decisions that the proposition discussed by the Authors here finds itself torn between two categories of interpretations taken by the different High Courts on the issue maintainability of petition when the status of the entity changes from "public" to "private" during the pendency of the writ petition or at the time of filing the writ. One adopted by the Calcutta High Court in Ashok Kumar Gupta (supra) wherein the decision was based on the "when the cause of action arose" principle and the other adopted by the High Courts of Delhi and Bombay on the sheer "present status" approach.

While relying on the "cause of action" principle seems to be a more equitable and fair approach when dealing with the challenges to maintainability, the Authors are aware that such decisions can meet technical difficulties at the time of implementation of the decision since the management structure of the entity changes due to the privatisation. The issue, therefore, begs clarity and harmonisation of the differing stands from the Apex Court especially in light of the disinvestment overdrive that the Government of the day seems to be in.