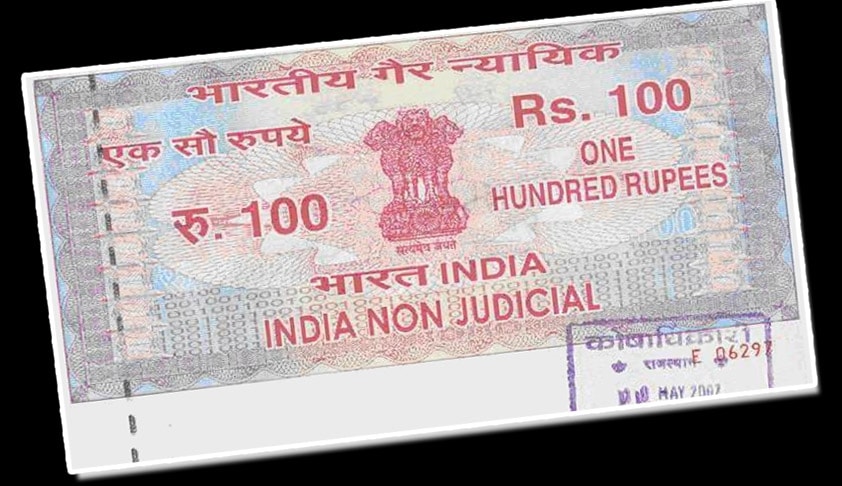 The onset of the covid 19 pandemic has accelerated the merger and acquisition activity in India, with the year 2021 witnessing an all-time peak of finalization of 85 strategic deals valued over USD 75 million[1]. The jurisprudence behind mergers and demergers in India is a trite law and with the comprehensive mechanism envisaged under Chapter XV of the Companies Act, 2013, it is...

The onset of the covid 19 pandemic has accelerated the merger and acquisition activity in India, with the year 2021 witnessing an all-time peak of finalization of 85 strategic deals valued over USD 75 million[1]. The jurisprudence behind mergers and demergers in India is a trite law and with the comprehensive mechanism envisaged under Chapter XV of the Companies Act, 2013, it is almost mechanical in most of the cases. The laws in India, dealing with levy of stamp duty dates to the colonial era and are purely fiscal measures enacted to secure revenue for the Government on certain classes of instruments specified therein and emanates from the all-encompassing Constitution of India. However, the conundrum with respect to levy of stamp duty on an Order duly sanctioning a Composite Scheme of Arrangement involving mergers and demergers of companies, passed by the Hon'ble National Company Law Tribunal ("NCLT") within the National Capital Territory of Delhi still persists.

Article 246 of the Constitution of India empowers the Parliament to make laws with respect to levy of stamp duties on the instruments prescribed under Entry 91 of List I of the Seventh Schedule ("Union List"), namely, bills of exchange, cheques, promissory notes, bills of lading, letters of credit, policies of insurance, transfer of shares, debentures, proxies and receipts. The legislature of various States by virtue of Entry 63 in List II of the Seventh Schedule ("State List") of the Constitution of India are competent to make laws regarding the levy of Stamp duty on documents other than those specified under Entry 91 of the Union List. Provisions relating to levy of stamp duty which fall outside the scope and purview of Entry 91 of the Union List and Entry 63 of the State List as aforesaid, fall within the legislative power of both the Union and the States under Entry 44 of the List III in the 7th Schedule ("Concurrent List") of the Constitution of India.

AN OVERVIEW OF THE INDIAN STAMP ACT, 1899

The Indian Stamp Act, 1899 ("Act"), which came in force on 01.07.1899, was adopted as the central legislation to levy stamp duties across India. The preamble to the Act states that it is enacted for the purpose of consolidating and amending the law relating to stamps. In terms of Section 3(1) of the Act, the instruments mentioned in Schedule I are chargeable with duty specified therein, subject to the other provisions and exemptions of the said Act. The Act mandates that every instrument executed in India on or after 01.07.1899 and mentioned in Schedule I of the Act and every instrument executed outside the territories of India relating to any immovable property situated in India or any matter or thing executed and received in India, shall be chargeable with the stamp duty of an amount indicated in the Schedule I of the Act. [2]

A perusal of the definition of 'Instrument' under the Act would manifest that legislative intent behind the definition prescribed for the term under the Act is to include any document by means of which any right or liability is created or transferred or extinguished and, as such, may include an Order of the NCLT sanctioning a Composite Scheme of Arrangement for the purposes of restructuring.[3] Furthermore, the Schedule to the Act stipulates that every instrument evidencing conveyance is also exigible to stamp duty.

The Act defines 'Conveyance' to include every instrument that has not been specifically provided under the said Schedule by which property is transferred inter-vivos.[4] conveyance as defined under the Act is a catch all residuary provision that prescribes that that all such instruments which are not specified in the Schedule to the Act may fall within its ambit. An interpretation of the definition of 'Instrument' and 'Conveyance' under the Act would showcase that the definition as provided by the legislature is an inclusive one, which is amenable to interpretation in a liberal manner. The interpretation of usage of the term 'includes' in a definition clause is no longer res integra as it carries a wide import and is done with the legislative intent to enlarge the interpretation of the said clause. Thus, the definition of 'Instrument' and 'Conveyance' under the Act can be comprehended to not only include the things that are expressly included in the said definition but also such things as they signify according to their nature and import.[5]

LEVY OF STAMP DUTY WITHIN THE NATIONAL CAPITAL TERRITORY OF DELHI

However, NCT of Delhi has adopted the provisions envisaged under Act subject to certain modifications and is amongst those States/Union Territories which has not provided a rate for levying stamp duty on an Order sanctioning a Scheme of Arrangement in Schedule IA which applicable to NCT of Delhi.

The Delhi High Court on 04.12.2004 settled the Law in its landmark judgment of Delhi Towers Limited Vs. G.N.C.T. of Delhi [8] wherein the provisions of the Act as applicable to the NCT of Delhi were critically analyzed considering the judicial pronouncements and statutory provisions with respect to levy of stamp duty on an Order sanctioning a Scheme of Arrangement in other States to address the issue of applicability of stamp duty on such an Order in Delhi. The Delhi High Court observed that a legislative omission to mention a subject or item in an inclusive definition does not tantamount to legislative exemption from applicability of the statutory provisions. Furthermore, relying on the judgments of the Supreme Court in Hindustan Lever v. State of Maharashtra[9] and Ruby Sales and Services P. Ltd. v. State of Maharashtra,[10]the Hon'ble Delhi High Court has categorically held that that merely because the Legislature has not amended the existing statutory provision with regard to Delhi to specifically include transfer of property under an Order approving a Scheme of Arrangement in the definition of conveyance, the same would not amount to an exclusion on applicability of the Act and chargeability to stamp duty thereon. Thus, in terms of the said judgment it is settled proposition that an Order passed by the NCLT approving a Scheme of Arrangement is an instrument of conveyance and hence, exigible to stamp duty within the NCT of Delhi.

Interestingly, the Delhi Towers[11] judgment while stating that an Order sanctioning a Scheme of Arrangement is an instrument of conveyance did not deliberate on the rate of the levy of stamp duty on such an Order. Most of the States Legislatures that have amended the definition of conveyance or their respective Schedules to include and Order passed under 230-232 of the Companies Act, 2013, have done so with the intent to encourage restructuring of businesses, wherein only shares are being issued / allotted to the shareholders of the transferor companies. In cases where immovable property is being transferred in a Scheme of Arrangement, the prescribed stamp duty is considerably higher in such States and ranges between 2% to 5% on the market value of the immovable property of the transferor company. However, in the cases wherein only shares are being issued / transferred pursuant to a Scheme of Arrangement, stamp duty in such States is being charged at a much lower rate ranging between 0.5% to 1% on the aggregate market value of the shares issued / exchanged pursuant to the Scheme of Arrangement.

However, in absence of a specific entry to Schedule IA of the Act as applicable to the NCT of Delhi, stamp duty on a Scheme of Arrangement is levied under Article of conveyance of the said Schedule[12] at the rate of three percent of the consideration amount set forth in the instrument. Further, the rate of levy of stamp duty with respect to the instrument in question is reduced to two percent in respect of individually/jointly held immovable property by women in proportion to their share in the said property. In our opinion, the steep rate of levy is evidently a deterrent for corporate houses from restructuring their business within the NCT of Delhi.

THE AMENDMENTS INTRODUCED BY THE FINANCE ACT, 2019

Prior to the amendments brought about by the Finance Act, 2019, in terms of Section 8A of the Act, the transfer of shares held in dematerialized form were exempted from levy of stamp duty. The Single Judge in the case of Holcim (India) Private Limited[14] has also passed an Interim Order staying the levy of stamp duty where only dematerialized shares were sought to be transferred by the Scheme of Arrangement in question. However, with effect from 01.07.2020, in terms of the amended Section 8A of Act, exemption is only limited to transfer of securities from a person to a depository or from a depository to a beneficial owner.

Notwithstanding the law being reiteration by the Courts, the roadmap for levying stamp duty on an Order passed by the NCLT sanctioning a Scheme of Arrangement is not uniform. The most pressing impediment is the calculation of the stamp duty on such Schemes of Arrangement especially considering the fact that different States have set forth different rates at which stamp duty is charged.

Even after the landmark judgment of Delhi Towers[15], the Schedule 1A of the Act as applicable to NCT of Delhi has not been amended to include an Order passed under 230-232 of the Companies Act, 2013 within the definition of conveyance. In our view, if the intent of the Legislature was to levy stamp duty on an Order sanctioning a Scheme of Arrangement, an amendment prescribing the rate of levy on such an Order would have been introduced by the Legislature with the NCT of Delhi. The NCT of Delhi has adopted the central legislation and till date does not specify the rate of the said levy on an Order sanctioning a Scheme of Arrangement. Thus, an exorbitant rate of three percent of the net value of the instrument under the Article of conveyance coupled with the stamp duty implications on the issuance of shares pursuant to the said scheme deters the companies from restructuring their business. This often and inevitably forces the corporate houses to conclude the Schemes of Arrangement in States that prescribe for levy of stamp duty at lower rates, causing loss of revenue to the NCT of Delhi as well. The present economy is a devout believer of the theory of survival of the fittest however, the need of the hour is an amendment to the Act so as to bring uniformity while keeping in mind the revenue derived from the levy of stamp duty for the Government and safeguarding the business interests of the companies.