WAGES (As per the new wage code) 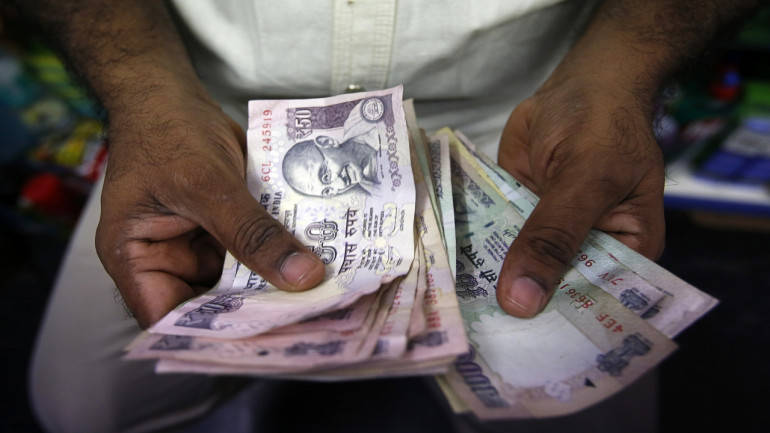 The Code on Wages, 2019 ("Code") received assent of the president on September 28, 2020. The Code focuses on simplifying the existing labour laws dealing with payment of wages, overtime, bonus, minimum wages etc. by bringing uniformity in the definition of terms and reducing the burden of filing returns and maintaining the registers under different acts. The Code will subsume four...

The Code on Wages, 2019 ("Code") received assent of the president on September 28, 2020. The Code focuses on simplifying the existing labour laws dealing with payment of wages, overtime, bonus, minimum wages etc. by bringing uniformity in the definition of terms and reducing the burden of filing returns and maintaining the registers under different acts. The Code will subsume four Central labour legislations namely the Payment of Wages Act, 1936, the Minimum Wages Act, 1948, the Payment of Bonus Act, 1965 and the Equal Remuneration Act, 1976. The Code not only regulates the wages of workmen but also the wages of employees performing managerial, supervisory functions.

Along with the Code the government has also introduced three other codes Viz. the Code on Social Security, 2020, The Industrial Relations Code, 2020 and the Occupational Safety, Health and Working Conditions Code, 2020.

The Code and the SS Code are yet to be notified by the Government and will come in force once the same are notified in the official gazette.

Wages under the Wage Code

The Code and the SS Code contains unified definition of 'wage' which was earlier interpreted differently under different labour laws. For instance, special pay paid to the employees is part of wages for Employee Provident Fund ("EPF") but not for gratuity and therefore the same term was defined differently under each labour legislations and hence caused confusion. The definition of basic wage under the Employees Provident Funds and Miscellaneous Provisions Act, 1952 ("EPF Act") is defined as all emoluments which are earned by an employee while on duty, on leave or on holidays with wages in accordance with the terms of the employment contract and which are paid or payable in cash to the employee, but does not include— (i) the cash value of any food concession; (ii) any dearness allowance, house-rent allowance, overtime allowance, bonus commission or any other similar allowance payable to the employee in respect of his employment or of work done in such employment; (iii) any presents made by the employer.

The definition of basic wage was used as a loop hole by the employers to minimize the contributions payable towards the EPF defeating the purpose of the EPF Act. This issue was dealt by the Supreme Court in the case of The Regional Provident Fund Commissioner (II) West Bengal Versus Vivekananda Vidyamandir And Others where the Supreme Court held that all allowances which are universally, uniformly, necessarily and ordinarily paid to all employees would form a part of the basic wage, which shall be used for fund contribution to the provident fund. The exclusion of allowance from the basic wage can be permitted when the same is shown to be either a variable, or were linked to any incentive for production resulting in a greater output, or the allowance in question is not paid across the board, or paid especially to those who avail the opportunity.

The new definition of wage under the Code and the SS Code provides that the wage shall mean to include all remuneration whether by way of salaries, allowances or otherwise, expressed in terms of money or capable of being so expressed which would, if the terms of employment, express or implied, were fulfilled, be payable to a person employed in respect of his employment or of work done in such employment, and includes basic pay; dearness allowance ("DA"); and retaining allowance ("RA"), if any. The definition of wage specifically excludes – (a) any bonus payable under any law for the time being in force; (b) the value of any house-accommodation, or of the supply of light, water, medical attendance or other amenity; (c) contribution paid by the employer to any pension or provident fund, and the interest which may have accrued thereon; (d) any conveyance allowance or the value of any travelling concession; (e) any sum paid to the employed person to defray special expenses entailed on him by the nature of his employment; (f) house rent allowance; (g) remuneration payable under any award or settlement between the parties or order of a court or Tribunal; (h) any overtime allowance; (i) any commission payable to the employee; (j) any gratuity payable on the termination of employment; (k) any retrenchment compensation or other retirement benefit payable to the employee or any ex gratia payment made to him on the termination of employment:

This change will impact the basis to calculate wage for the purpose of contribution towards certain benefits like EPF and Gratuity as now the same will have to be calculated on 50% of the total remuneration of an employee.

The change in the definition of wage under the Code and the SS Code will require employers in certain cases to revamp the salary structure of the employees in such a way that the basic + DA + RA should construe 50 % of the total wages of the employees. As it may affect the contribution amounts.

The authors,  Rudra Srivastava (Partner) and Aman Gupta (Associate) at Singhania and Partners. Views are personal.