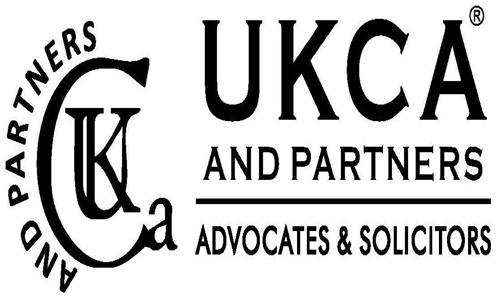 This case is one of its kind where the Hon'ble NCLT while exercising jurisdiction under Section 241-242 of the Companies Act, 2013 have allowed waiver/ exemption from the potential penalties and prosecution qua the Company viz. improper share allotment and illegal appointment of directors. It would be interesting to note whether NCLT in the backdrop of this judgment will add another chapter to the evolving jurisprudence of oppression/ mismanagement remedy after reiterating and reaffirming the similar precedents passed under the old Companies Act, 1956 regime.

The team from UKCA and Partners led by Ms. Manisha Chaudhary, and Mr. Shariq Reyaz represented the Company in both the matters, and argued that under Section 241-242 of the Companies Act, 2013 (erstwhile Section 397-398 of the Companies Act, 1956) power has been conferred to the court "to make such orders as it thinks fit" for the purpose of safeguarding the interests of the Company including its shareholders and the public in general and such powers encompass passing of the orders that may include exemption/waiver from potential prosecution under the Companies Act for defaults that had occurred and were made a subject matter of the petition(s) before the NCLT.

The Hon'ble NCLT accepted the arguments of the Applicants and while pronouncing on it plenary powers, the Hon'ble Tribunal has held that in order to bring a quietus to the issues inter se the parties and for overall interests, the Application to withdraw the corresponding Company Petition(s) was allowed and any potential penalties/ prosecution that may arise against the Company emanating out of the instances of oppression and mismanagement that were made subject matter of the Petition, were pardoned. The Hon'ble NCLT also granted liberty to seek marking as defective the previous filings with the Registrar of Companies ("RoC") in respect of the erroneous share allotments and incorrect appointment of Directors. The Hon'ble NCLT held as under:

"…(iii) No action shall be taken against Respondent No. 1 Company or its past/incumbent directors or officers or shareholders by the concerned Regional Director, Ministry of Corporate Affairs, or the Registrar of Companies, or any other authority, in respect of any transgressions with regard to the improper share allotment or irregular appointment of Directors hitherto. This exemption shall be only limited to the specific past issues of share allotment and director's appointment.

(iv) The Petitioners are at liberty to seek marking as defective the previous filings with the Registrar of Companies in respect of the erroneous share allotments and incorrect appointment of directors, as a consequence of which the said returns/filings shall stand nullified. Appropriate modifications/ rectification may be made in relevant statutory registers and related records."

"This is definitely going to set precedence, and we are excited and humbled to have played a part in the process," said Manisha Chaudhary, Managing Partner at UKCA and Partners.