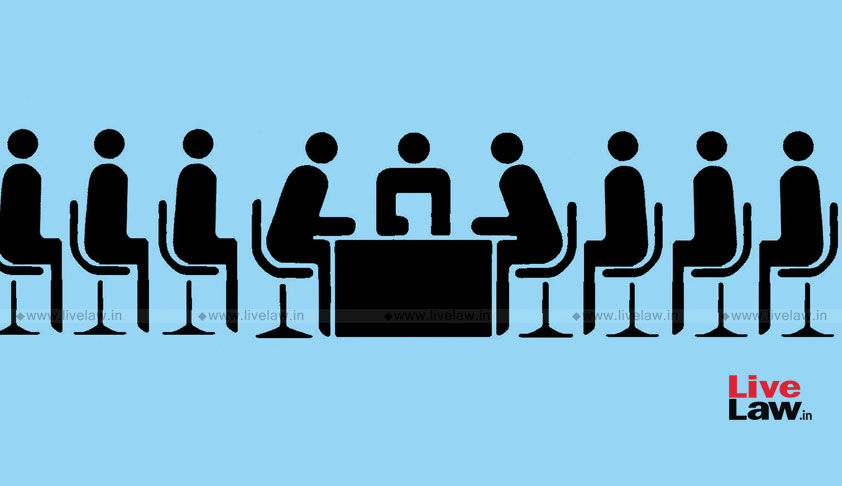 Under the Arbitration and Conciliation Act, 1996, the two guiding principles in appointment of arbitrator(s) are party autonomy and minimal court interference. Nonetheless, there are instances like Oyo Hotels and Homes Pvt. Ltd. vs. Rajan Tewari & Anr. where courts have initiated arbitral proceedings by intervention.

S. 11(6) of the Arbitration and Conciliation Act lays down a mechanism for judicial appointment of an arbitrator. It contemplates 3 scenarios wherein courts may appoint an arbitrator. These include:-

On a literal construction of S. 11(6), courts are empowered to save the arbitral proceedings from failing by judicially appointing an arbitrator. In Datar Switchgears Ltd. vs. TATA Finance Ltd. and Anr. this power was further extended to include those scenarios wherein the arbitral clause did not contain an appointment procedure.

S. 11(6) has been the focal point of several judgments and has undergone extensive amendments. To truly appreciate the implications of S. 11(6), one needs to understand its judicial and legislative history. 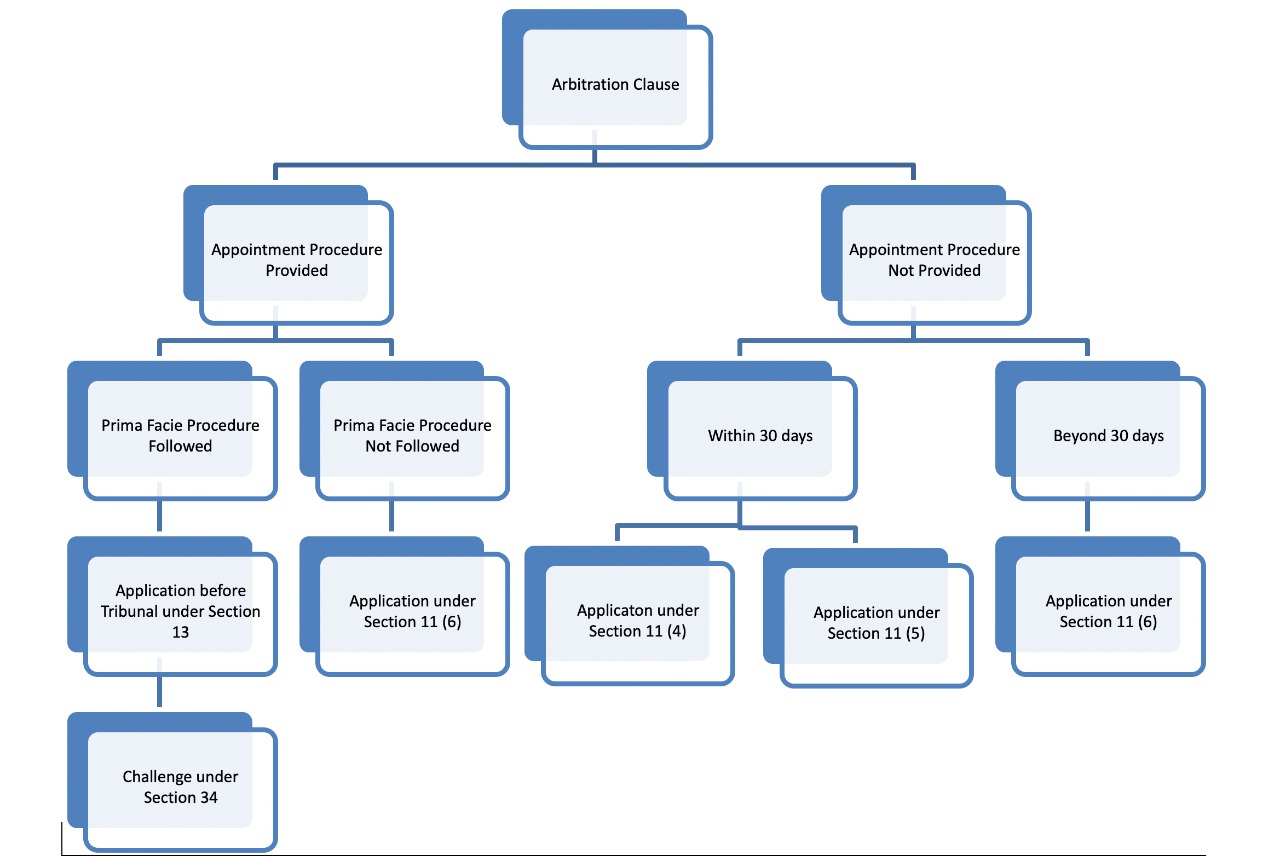 Appointment of Arbitrator by Court: Judicial or Administrative?

The first controversy surrounding Section 11(6) was whether an appointment order is considered judicial in nature and thus amenable to Article 136 or purely administrative and hence beyond Article 136. The position has evolved over time.

In Sundaram Finance Ltd. vs. NEPC India, while considering the scope of Section 9, it was observed that an appointing order is not considered judicial. Moreover, this observation was fleshed out in Ador Samia Private Limited vs. Peekay Holding Ltd. wherein once again an appointment order was held to be purely administrative in nature. The same position was upheld in Konkan Railways Corporation Ltd. vs. M/S Mehul Construction and reiterated in Konkan Railways Corporation Ltd. vs. Rani Constructions Pvt. Ltd.

In State of Orissa vs. Gokulanada Jena the Supreme Court again refused an Article 226 challenge to an appointment order, holding that an alternative remedy was contemplated under Section 13.

Ultimately, this controversy was laid to rest in S.B.P. & Co. vs. Patel Engineering Ltd. and Anr. wherein Rani Constructions (supra) was set aside with prospective effect and it was concluded that a Chief Justice under S. 11(6) exercises judicial, not administrative powers, so an appeal under Article 136 would be maintainable.

Unfortunately, this judgment laid the seeds for the next controversy. In Paragraph 46 (iv) of S.B.P. & Co. vs. Patel Engineering Ltd. and Anr. (supra), courts were permitted to travel beyond merely determining the validity of an arbitral clause and look into the existence of a live claim.

Mini-trial at the Stage of Judicial Appointment:

The wide interpretation of Section 11(6) given in S.B.P vs. Patel Engineering (supra) gave rise to mini trails at the appointment stage as parties could now argue upon the merits of a claim to convince the court of the existence or otherwise of a live claim.

More judicial attempts were made to temper Section 11 (6) in Shree Ram Mills Ltd. vs. Utility Premises and Indowind Energy Ltd. vs. Wescate (India) Ltd. and Anr.

The 246th Law Commission Report, recommended 4 amendments to dilute the power of judicial appointments under 11:

Consequently, vide the 2015 Amending Act three of the aforementioned recommendations i.e., insertion of S.11(6A), (7) and (13) were implemented. These amendments laid the foundation for several landmark rulings like Duro Felguera S.A. vs. Gangavaram Port Ltd. and NCC Ltd. vs. Indian Oil Corporation Ltd.

Unfortunately, despite these measures, in United India Insurance v Hyundai Engineering yet another attempt was made to enlarge S. 11(6A). The Court once again travelled beyond S. 11(6A) and decided the dispute on merits. To add to the confusion, the 2019 Amendment Act omitted the newly inserted S. 11 (6A) and S. 11 (7).

Consequently, as on date, courts by virtue of S.B.P. and Co (supra) and Polyfab (supra) have significant powers with respect to the appointment procedure. Nonetheless, courts continue to exercise due caution and follow S. 11(6A) in principle. Judicial interference is (usually) limited except in cases where:

Current Mechanism for Appointment of Arbitrator:

Accordingly, the current mechanism seeking court appointment of an arbitrator is reproduced hereunder: -

S. 11(2) grants significant autonomy to the parties in selecting the procedure for appointing an arbitrator. Where such a process is defined in the arbitral clause, either party may issue a formal request seeking appointment of arbitrator(s). If the other party agrees, the matter is relegated to arbitration.

However, if the other party disagrees or does not respond, the first party may then file an application before the court seeking appointment of arbitrator(s). This application can be made under S. 11(4) or (5) within 30 days, or under S. 11(6) if the request is made after 30 days.

Per Contra, in case of a dispute regarding the appointment, the court may:

i) Appoint an arbitrator and direct them to decide their own competence (in case arbitration proceedings have not commenced); or

ii) Appoint a new arbitrator in case the erstwhile arbitrator was appointed without following the stipulated procedure or the appointment suffers from a patent illegality (in case arbitration proceedings have commenced); or

The decision given is S.B.P. and Co. (supra) appears to have been correct in holding that a S. 11(6) order is judicial in nature. Nonetheless, the judgment travelled beyond its scope and violated the Kompetenz-Kompetenz principle. Consequently, the line between S. 16 and judicial intervention currently stands blurred, despite several positive judicial and legislative activism.

The 2019 Amendment Act has brought the matter right back to square one. Polyfab (supra) remains the balancing bridge between judicial interference and the Kompetenz-Kompetenz principle.