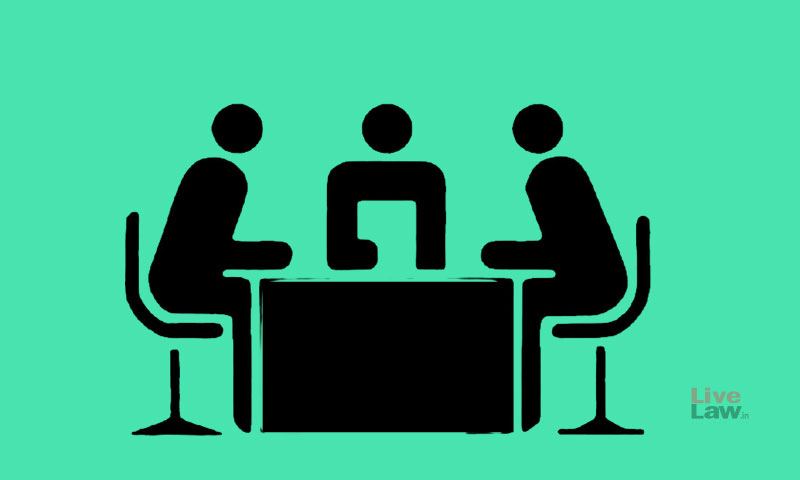 Arbitration is based on the notion of party autonomy. When courts are asked to intervene in arbitration cases, they are expected to understand this. The sole motive behind this is to maintain the rights of the parties to settle their disputes by arbitration must be sustained. The Supreme Court time and again defended party autonomy and reaffirmed that it is the arbitration's...

Arbitration is based on the notion of party autonomy. When courts are asked to intervene in arbitration cases, they are expected to understand this. The sole motive behind this is to maintain the rights of the parties to settle their disputes by arbitration must be sustained. The Supreme Court time and again defended party autonomy and reaffirmed that it is the arbitration's backbone. However, there have been several contradicting precedents concerning the autonomy of domestic parties to choose a foreign seat for the arbitration.

The claim that the designation of a foreign seat by two Indian parties breached the principle of public policy was rejected by the three-judge bench of the Hon'ble Supreme Court in the landmark judgment of PASL Wind Solutions Private Limited v.GE Power Conversion India Private Limited ("PASL Wind"). Instead, they responded affirmatively stating that the Indian Arbitration & Conciliation Act, 1996 has no provisions prohibiting Indian parties from arbitrating in a foreign seat and that party autonomy and freedom of contract must be upheld.

In the instant case, two Indian companies PASL Wind Solutions Private Limited ("PASL") and GE Power Conversion India Private Limited ("GE") incorporated in India in Ahmedabad and Chennai respectively. Respondent is a 99 % subsidiary of General Electric Conversion International SAS, France, which in turn is a subsidiary of the General Electric Company, United States. In 2010, the Appellant issued some purchase orders from respondent for certain converters and in lieu of these orders, respondents supplied six converters to the appellant i.e., (PASL). In this process, a dispute emerged between both the parties, and they consented to a settlement agreement which constituted a dispute resolution clause providing arbitration in Zurich under ICC Rules that would be governed by the Indian substantive law. The respondent filed a preliminary application challenging the jurisdiction of the arbitrator on the ground that two Indian parties could not have chosen the foreign seat of arbitration. The arbitrator rejected the application of the respondent in light of clause 6 of the settlement agreement and following that, a dispute arose in the settlement agreement, and the tribunal ruled in favour of "GE".

The issues before the Supreme Court were:

1) Whether an award passed outside India is valid and enforceable in India as 'foreign award' under Arbitration Act, and

2) Whether Indian courts may grant interim relief in respect to the awards under Arbitration Act.

The contention of the appellant was in relation to the jurisdiction of the arbitrator on the ground that two Indian parties could have chosen the foreign seat of arbitration. Clause 6 of settlement agreement which is dispute resolution clause it was clearly written that "in case no settlement can be reached through negotiations, all disputes, controversies or differences shall be referred to and finally resolved by Arbitration in Zurich, in the English language in accordance with the Rules of Conciliation and Arbitration of the International Chamber of Commerce, which rules are deemed to be incorporated by reference into this clause. The Arbitration Award shall be final and binding on both the Parties". According to this clause, the contention of the appellant can be succeeded because both the parties have singed on the settlement and dispute resolution agreement. The Supreme Court in this case upheld the judgment given by Gujrat High Court except that the interim relief cannot be claimed by parties in the Indian courts if the award is passed outside India. This stance was also cleared by Supreme Court in the PASL case. Different High Courts have passed their verdicts that two Indian parties can elect a foreign seat of arbitration. MP High court in the case of Sasan Power Ltd. v. North American Coal Corporation held that two India parties can choose foreign seat of arbitration. Similar decision has been given by Delhi High Court in the case of GMR Energy Ltd. v. Doosan Power System India.

On the contrary, the single judge bench of the Supreme Court held in the case of TDM Infrastructure Pvt. Ltd. v. UE Development India Pvt. Ltd.that Indian nationals should not be permitted to derogate from Indian Law and hence two parties cannot choose a foreign seat. Relying on the same decision, Bombay High Court in the case of Addhar Mercantile Private Limited v. Shree Jagdamba Agrico Exports Private Limited[4] held that two Indian parties cannot choose a foreign seat of arbitration. By the decision in PASL case the Supreme Court overruled the negated judgements given by the different courts and set out a significant verdict.

Another aspect which has been pointed out by the Supreme court in reference to foreign award is Part I of the Arbitration and Conciliation Act is a complete code which exclusively deals with the arbitrations seated in India, including appointment of arbitrators, commencement of arbitration, making of an award, challenges and execution of the award. Therefore, it has nothing to do with a foreign-seated arbitration. However, Part II deals with enforcement of a foreign award with the only exception of section 45 which deals with referring a party to the arbitration. Hence, the apex court held that Part I and Part II of Arbitration and Conciliation Act are mutually different. In the instant case, the impugned award will be a foreign award under Section 44 of the Arbitration Act.

The Hon'ble Supreme Court held that there are four pre-requisites for designating an award as a foreign award under Section 44 of the Arbitration Act. To begin with, it is required that it is a commercial dispute under the law in force in India. Secondly, it must be made to perform the agreement in writing for arbitration. Thirdly, the dispute must be associated with persons (without regard to their nationality, residence, and domicile). Finally, the arbitration must take place in a country that has ratified to New York Convention. It was noted that all the essentials stated above were fulfilled, hence it was concluded that it is a foreign award.

Section 34(2)(b)(ii) states that the arbitral award can be set aside by the court if the arbitral award does not align with the public policy of India. Section 48(2)(b) talks about the refusal of enforcement of a foreign arbitral award if it conflicts with the public policy of India. Although, public policy is not defined in one English judgment a judge commented on the public policy saying, "It is never argued at all but where other points fail".The PASL's claim that the designation of a foreign seat was against the public policy was rejected. Relying on Atlas Export Industries v. Kotak & Co. where it was determined that enforcement of a foreign judgment emanating from arbitration between two Indian parties would not be contradicting Section 23 of the Indian Contract Act. This section deals with unlawful contracts, including if they are against the public policy and restriction of legal proceedings. Further, the court set aside the argument that allowing Indian parties to arbitrate outside of India would effectively empower them to avoid required Indian laws or interact in a manner that is illegal in India.

The Supreme Court upheld the decision of Gujarat's High Court that the award is enforceable, it overrules the "GE" interim relief. The apex court distinguished the term "international commercial arbitration" which is specified in the statute under Section 2(1)(f) was related to the party's nationality and status, but these two becomes irrelevant under Section 44 (which deals with the foreign awards). Hence, the proviso to Section 2(2) (which effectively entitles parties to international commercial arbitration in a foreign seat to seek interim relief before an Indian court), should be read as referring solely to arbitrators outside of Indian territory, allowing parties to seek interim relief from Indian Courts regardless of nationality.

This decision of the Supreme court has clarified and cleared all controversies and held that two Indian parties are free to arbitrate outside India and their interim relief would be enforceable in Indian courts. The court held that these types of arbitrations are not international commercial arbitrations according to section 2 (1) (f) of Arbitration Act. This case also clarified a stance that choosing a forign seat of arbitration is not against public policy in India. This judgment will inspire the Indian parties to choose the foreign seat of arbitration. The Supreme Court upheld the impugned judgment of Gujrat High Court and disposed the appeal accordingly. It is pertinent to note that though court allowed that parties can choose the foreign bench for arbitration but court did not comment on whether choice of foreign substantive law is permissible or not.