Mergers: A Travesty Of Justice 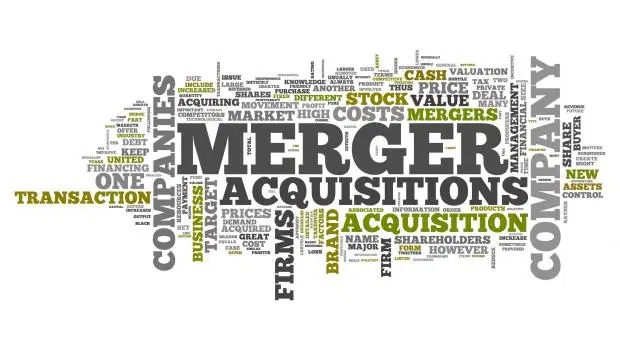 The Tenth Schedule to the Constitution of India, otherwise popularly referred to as the 'Anti-Defection Law' was inserted by the fifty-second amendment to the Constitution in the year 1985. Paragraph 2 of the Tenth Schedule lays down certain acts which would amount to defection and attract disqualification from the House; primarily voluntarily giving up of membership and voting...

The Tenth Schedule to the Constitution of India, otherwise popularly referred to as the 'Anti-Defection Law' was inserted by the fifty-second amendment to the Constitution in the year 1985. Paragraph 2 of the Tenth Schedule lays down certain acts which would amount to defection and attract disqualification from the House; primarily voluntarily giving up of membership and voting (or abstaining to vote) contrary to the wishes of the party.

Even though the Court refrained from pronouncing any judgement owing to restraint under Paragraph 7 at that time; it was observed by the Hon'ble High Court of Gauhati in W.K. Singh v. Speaker, Manipur Legislative Assembly [(1986) 2 Gau LR 91 at page 99] that,

"7…the expression "have agreed to such merger" implies that the merger is first to take place at the party level to which two-thirds of the members of the legislature party concerned are required to agree for merger being effective in so far as they are concerned. In the instant case the Janata party should have first decided the merger to which at least two-third of the members of the Janata Legislature party must also have agreed."

The Hon'ble Supreme Court in Rajendra Singh Rana v. Swami Prasad Maurya [(2007) 4 SCC 270 at page 298] while deciding a matter related to Paragraph 3 of the Tenth Schedule held that,

It was held by the Hon'ble Supreme Court that in absence of evidence showing split of original political party, which was a national party in the aforementioned case, the requisite criteria for split under Paragraph 3 of the Tenth Schedule was not met and this act of floor-crossing in question amounted to defection. A similar inference can be drawn from the above judgment in regard to Paragraph 4 of the Tenth Schedule to say that a merger of the original political party is a pre-requisite for a merger of legislature party to become effective because Paragraph 4 have similar language and object as Paragraph 3.

Furthermore, it also clear that the term 'original political party' refers to the national political party by which the candidate was set up and not to its state unit. In this regard, the Hon'ble Supreme Court in Jagjit Singh v. State of Haryana [(2006) 11 SCC 1 at page 34] held that,

"70. … We think the Speaker is right. Such a split, if held to be valid for the purposes of para 3, would defeat the very purpose of the law. The requirement is not the split of the local or State wing of original political party but is of the original political party as defined in para 1(c) of the Tenth Schedule read with the Explanation in para 2(1) to the effect that "an elected Member of a House shall be deemed to belong to the political party, if any, by which he was set up as a candidate for election as such Member."

"72. …In the case of split, one-third Members of the State Legislature belonging to that political party must form a group to make the split effective within the State Legislature but it does not lead to the conclusion that Parliament intended to treat the State unit of a political party as a separate entity for the purposes of the benefit of para 3. Para 1(c) defining original political party and Explanation, as given in para 2(1), have already been noticed hereinbefore. It is clear from a bare reading thereof that the elected Member belongs to the a political party by which he is set up as a candidate for election as such Member. From the plain language of these provisions, it cannot be held that for the purposes of the split, it is the State Legislature party in which split is to be seen. If a Member is set up by a national party, it would be no answer to say that events at national level have no concern to decide whether there is a split or not. In case a Member is put up by a national political party, it is split in that party which is relevant consideration and not a split of that political party at the State level."

Dissenting opinion of the Chief Justice of High Court of Allahabad in Swami Prasad Maurya v. Speaker and others [Writ Petition No. 5085 (MB) of 2003] has been highlighted by the Supreme Court in Rajendra Singh Rana v. Swami Prasad Maurya [(2007) 4 SCC 27 at page 304] as under-

"50. The learned Chief Justice who declined to interfere with the decision of the Speaker on his interpretation of paras 2 and 3 of the Tenth Schedule to the Constitution with which we have disagreed, himself stated:

… Even if 37 out of 109 Bahujan MLAs have walked out, only the legislature party is split. This is defined in para 1(b), which has been set out earlier; but in this case of ours, where is the proof before the Speaker of the split in the original party? Were any minutes tendered before the Speaker showing that so many lakhs or millions of the original Bahujan Dal decided to split? A claim that on 26-8-2003, there were some party members along with the MLAs at the Darulshafa in Lucknow is not enough; it is too inadequate. The Bahujan Dal is too big; its party membership is too numerous for it to suffer a split in such a comparatively minor meeting, even if it took place on 26-8-2003…."

In all of the aforementioned instances, no merger took place at the national level between the original political parties in question. Senior party leaders of the political parties from which the MLAs defected have publicly criticised such acts and even filed petitions in respective High Courts. These acts of defection disguised as merger are not only legally unjustified but politically immoral as well. With the legal backing of Paragraph 4, politicians are proud to publicly celebrate their party-hopping tactics. 'Opposition' culture in state politics is coming to an end as MLAs from minority parties' defect to the majority parties wiping out losing parties from the legislative bodies. Fighting elections on agendas of the national party for votes and later hopping parties for money and power grossly violates the principles of democracy and infringes on people's Right to Vote.

104th Report of the Rajya Sabha, Department-related Parliamentary Standing Committee, Home Affairs on the Constitution (Ninety-seventh Amendment) Bill, 2003 highlighted that Paragraph 3 should be omitted because of its ambiguous nature. The report stated that there was ambiguity regarding the fact that whether the term 'split' refers to a spilt inside the House or outside the House. A similar problem can also be seen in regard to Paragraph 4. Relying on the 170th Report of the Law Commission of India on 'Reform of Electoral Laws', the report stated that: -

"The concept of split and merger may be done away with. Notwithstanding the prevalent view that existing provision of splits cannot be barred in light of the fact that there is no internal democracy in the political parties today and also because the internal structures of political parties had not been satisfactorily established, banning the splits will not arrest the ongoing political process or pluralism in the society as after dissolution of the Parliament political realignment of forces by means of splits, mergers, formation of new parties and so on is not barred. Paragraph 4 regarding merger should also be deleted in the interest of maintenance of proper political standards in the Houses and also to minimize the complications arising on that account. The other allied provisions which become unnecessary as a result of deletion of paragraph 3 (split) and 4 (merger) have necessarily got to be deleted."

The specific recommendation of the Law Commission with regard to Paragraph 4 were: -

It is clearly visible that where on one hand, the Parliament relied on the Law Commission's findings to delete Paragraph 3; on the other hand, it turned a blind eye to the recommendations given in regard to Paragraph 4. It was also recommended that splits, mergers, formation of new parties etc. should be allowed when the parliament in dissolved. During the life of Houses, merges can go on only if they do not reflect in the house. "Merger of political parties with another political party should not be exempted" was noted as an important suggestion by Parliamentary Standing Committee 61st Report on Anti-defection Law, 2013.

In the representative form of government wherein candidates are chosen by the public largely on an account of their affiliation to a certain party, accountability of a candidate is not limited to his political party but also to his constituency and infidelity to the party is infidelity to the people. Paragraph 4 is in contravention to the objects and reasons of the Tenth Schedule as its prevalent interpretation specifically legalises what was intended to be prohibited. Its vague nature has led to multiple misuses. There is an immediate need to repeal this Paragraph as most of the cases filed against the order of the Speaker take more time to reach its finality than the time for which the accused is a member of the House. Floor crossing under the garb of the merger is becoming rampant in the state of Meghalaya, Manipur, Nagaland, Goa and Mizoram. There is a dire need of repealing/striking down Paragraph 4 to prevent its further misuse.

The Author is a student of Law at Maharashtra National Law University, Mumbai. Authors views are personal.