Lloyd Law College's Webinar On Preamble To The Constitution 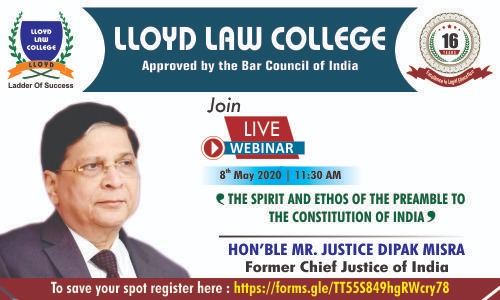 Topic: The spirit and ethos of the Preamble to the Constitution of India