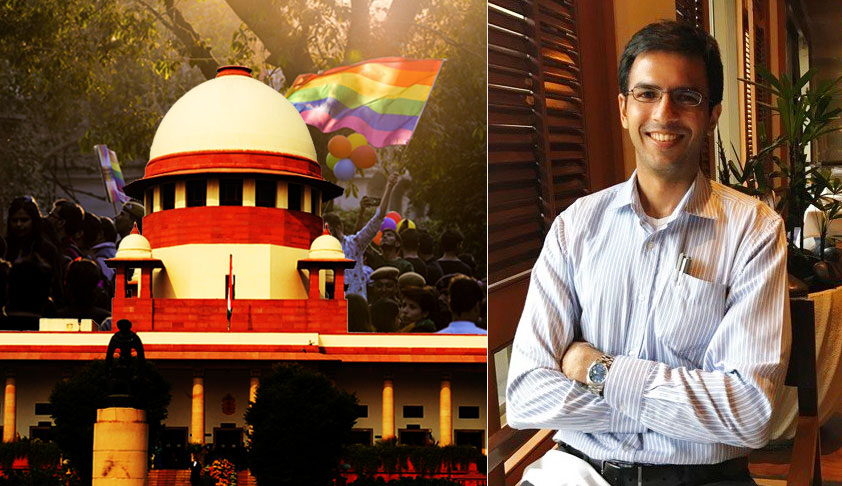 Much has already been written and said about the recent landmark decision of the Supreme Court in Navtej Singh Johar v. Union of India, where a bench of five judges of the Supreme Court partially struck down Section 377 of the Indian Penal Code (IPC), which made “carnal intercourse against the order of nature” a criminal offence. Four separate judgments were delivered by the court, by...

Much has already been written and said about the recent landmark decision of the Supreme Court in Navtej Singh Johar v. Union of India, where a bench of five judges of the Supreme Court partially struck down Section 377 of the Indian Penal Code (IPC), which made “carnal intercourse against the order of nature” a criminal offence. Four separate judgments were delivered by the court, by Chief Justice Misra (supported by Khanwilkar J), and Justices Nariman, Chandrachud and Malhotra. Though the conclusions arrived at were the same, some of the reasoning was different. For example, Justice Nariman held that there is no presumption of constitutionality for pre-Constitution laws [Nariman J, paragraph 90], Justice Chandrachud rejected [Chandrachud J, paragraph 36] the “sex plus” test laid down in Air India v. Nergesh Mirza, (1981) 4 SCC 335, while the other judges didn’t dwell much on these subjects. This post therefore focuses on some of the key highlights of the reasoning of the majority in the case. All paragraph number references are from the original judgments published on the website of the Supreme Court of India.

Section 377 of the IPC bears the heading “unnatural offences” and it penalizes carnal intercourse which is against the order of “nature”. Some of the judges, therefore, asked themselves what was meant by the word “natural”. Chief Justice Misra and Justice Malhotra held that a person’s sexual orientation itself is natural [Misra CJ, paragraphs 4, 109; Malhotra J, paragraph 13.1]. Relying on scholars like Zaid Al Baset and Shamnad Basheer, Justice Chandrachud wrote that there are shortcomings in the conceptual categories of “natural” and “unnatural”, that the idea of the “natural” was manufactured by a majoritarian suppression of the history of the prevalence of sexual minorities, that merely because something is natural does not mean that it is desirable (e.g., death), and just because something is unnatural (e.g., a heart transplant) doesn’t mean that it ought to be criminal [Chandrachud J, paragraphs 28-29].

One of the central themes of the court’s decision in Johar is that the aim of the Constitution is to transform society, not to entrench and preserve the pre-existing values of the majority. In other words, though a majority of people in India may be heterosexuals, though the prevalent “social morality” in India might even dictate sexual intercourse only between a man and a woman, it is “constitutional morality” which must prevail [See, Misra CJ, paragraphs 110, 119; Nariman J, paragraphs 80-81; Chandrachud J, paragraphs 3, 24, 141]. Ambedkar himself had said that “our people have yet to learn” the “sentiment” of “constitutional morality” [Chandrachud J, paragraph 141].

In West Virginia State Board of Education v. Barnette, 319 U.S. 624 (1943), Justice Jackson of the U.S. Supreme Court famously wrote, “Compulsory unification of opinion achieves only the unanimity of the graveyard.” In passages reminiscent of these words, the Johar court found: “Any attempt to push and shove a homogeneous, uniform, consistent and a standardised philosophy throughout the society would violate the principle of constitutional morality.” [Misra CJ, paragraph 116]; And: “Democratic as it is, our Constitution does not demand conformity. Nor does it contemplate the mainstreaming of culture. It nurtures dissent as the safety valve for societal conflict. Our ability to recognise others who are different is a sign of our own evolution.” [Chandrachud J, paragraph 5].

In Suresh Kumar Koushal v. Naz Foundation, (2014) 1 SCC 1, the Supreme Court had previously upheld Section 377 of the IPC because only “a miniscule fraction of the country’s population”, according to the court, belonged to the LGBTQI community. This argument was rejected by the court in Johar [Misra CJ, paragraphs 115, 120, 169; Nariman J, paragraph 95; Chandrachud J, paragraph 55; Malhotra J, paragraph 19(ii)]. The number of people asserting a fundamental right, said Chief Justice Misra, is “meaningless; like zero on the left side of any number.”

Section 377 of the IPC was partially struck down by the court on the ground that it violates the rights to equality, free speech, and life under Articles 14, 19(1)(a) and 21 of the Constitution. Two tests were applied to determine whether the provision fell foul of Article 14 – the old classification test, and the new manifest arbitrariness test.

All the judges found that Section 377 was manifestly arbitrary [Misra CJ, paragraph 239, Nariman J, paragraph 82; Chandrachud J, paragraph 29; Malhotra J, paragraph 14.9]. The following were among the reasons given by the court in support of this conclusion: (i) Section 377 does not distinguish between consensual and non-consensual sexual intercourse among competent adults; (ii) it fails to recognize that such sexual intercourse is not harmful to society; (iii) it inflicts a stigma on members of the LGBTQI community; (iv) modern psychiatric studies have shown that members of the LGBTQI community are not persons suffering from mental disorders; (v) Section 377 inflicts life imprisonment, which is disproportionate; (vi) it is rooted in the belief that the sole aim of sexual intercourse is procreation; (vi) it discriminates on the basis of sexual orientation, over which a person has “little or no choice”; (vii) the phrase “carnal intercourse against the order of nature” is too open ended and vague to be in a penal provision; (viii) after the 2013 amendment to the IPC, some consensual sexual acts between heterosexual adults would no longer be considered rape under Section 375, though they would still fall foul of Section 377 [Misra CJ, paragraph 220; Nariman J, paragraph 94; Chandrachud J, paragraph 31 (at pp. 39-41)].

However, Section 377 of the IPC has not entirely been struck down. It still covers bestiality and non-consensual intercourse [See: Misra CJ, paragraphs 252, 253 (xvii), Nariman J, paragraph 97; Chandrachud J, paragraphs 7, 156(i)]. Since the court struck down the provision as far as it applies to consenting adults, the provision still presumably applies to consensual sexual intercourse among minors of the same gender. Under Section 375 of the IPC, as amended in 2013, even consensual sexual intercourse among heterosexual minors, if the girl is under 18 years of age, is considered to be rape.

Dr. Abhinav Chandrachud is an advocate at the Bombay High Court

This article was first published in Indian Constitutional Law and Philosophy Blog. You can read it  here