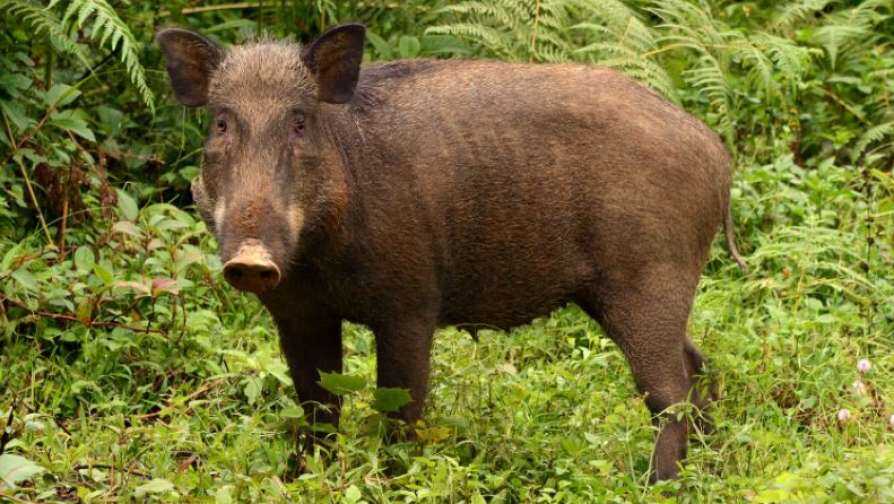 In a significant relief to farmers in northern Kerala, the Kerala High Court on Friday passed an interim order directing that the Chief Wild Life Warden shall permit them in terms of Section 11(1)(b) of the Wildlife Protection Act to hunt wild boars approaching their agricultural lands Compliance of the same was to be reported to the Court within one month. Justice PB...

In a significant relief to farmers in northern Kerala, the Kerala High Court on Friday passed an interim order directing that the Chief Wild Life Warden shall permit them in terms of Section 11(1)(b) of the Wildlife Protection Act to hunt wild boars approaching their agricultural lands  Compliance of the same was to be reported to the Court within one month.

Justice PB Suresh Kumar while passing the interim order remarked that such a direction was necessary considering that it is admitted that the steps taken by the State machinery to tackle the wild boar menace has not yielded results. Therefore, it was observed that the court deems it appropriate to pass an interim order directing the Chief Wild Life Warden shall permit the Petitioners to hunt the wild boars coming to agricultural lands of the petitioners.

The operative portion of the order read as :

"Insofar as it is seen that the properties of the petitioners are under threat of the attack of the wild boars and insofar as the stand of the State Government is that the steps taken under Section 11(1)(b) of the Act to avert the said menace did not yield any result and that the only alternative to protect the interests of the farmers is to declare wild boars as vermin in specified areas in the State, I deem it appropriate to pass an interim order directing the Chief Wildlife Warden to permit the petitioners to hunt wild boars in the areas where their agricultural lands are situated, as provided for in Section 11(1)(b) of the Act. Ordered accordingly. The direction aforesaid shall be complied with, within a month".

The interim order was passed after noting that the efforts of the State Government to get wild boar declared as 'vermin' as per Section 62 of the Wildlife Protection Act has not yielded results. Once an animal is declared as a 'vermin', people can kill or trap such an animal without risk of criminal prosecution. The Central Government, which is to approve such a proposal, is yet to take a final decision on the state's proposal.

In this backdrop, the Court decided to direct the Chief Wildlife Warden to invoke powers under Section 11(1)(b) of the Act to permit farmers to hunt attacking wild boars.

Under Section 11(1)(b) of the Act, the Chief Wildlife Warden is empowered, if he is satisfied that any wild animal specified in Schedule II, Schedule III or Schedule IV, has become dangerous to human life or to property including standing crops on any land, to permit by order in writing any person to hunt such animal or group of animals in that specified area.

The order was passed in writ petitions filed by farmers represented by Advocates Alex M Scaria and Amal Darshan.

A group of six farmers had moved the Court last year seeking wild boars be declared as vermins under Section 62 of the Wildlife Protection Act. The writ petition was preferred alleging that they were continuously affected by the attacks of wild boars on their farm produces.

The grievance of the petitioners was that since a 'wild boar' was presently a wild animal included under Schedule II of the Wildlife Protection Act, attacking or killing the animal, even for the protection of farmlands or properties, exposes a person to criminal prosecution under the Act. Because of this provision, the farmers were helpless and had no means to protect their crops from wild boars without risking criminal punishment.

The farmers hailing from the eastern regions of Kozhikode district witness frequent inroads by wild boars. To tackle the menace, their petition filed through Advocate Amal Darshan put forth a proposal that under Section 62, the Central Government can declare certain wild animals as "vermins" which may be killed, such as rats, mice, crows, fruit bats, etc.

"Once this declaration is notified, the farmers are permitted to snare/trap and kill the intruding wild boars during the prescribed period. This helps the farmers to save their crops and thereby their livelihoods. Thus the growing population of wild boars could also be kept under control", the petition stated

However, for such a declaration to be made by the Central Government, the State Government has to send a proposal. The petitioners state that they are aggrieved by the fact that the State Government has not taken expeditious steps to forward the proposal to the Central Government. Although the State Board for Wildlife has recommended the declaration of 'wild boar' as vermin under Section 62, the State Department of Forests and Wildlife is not taking expeditious steps to forward the proposal to the Union Ministry, state the petitioners.