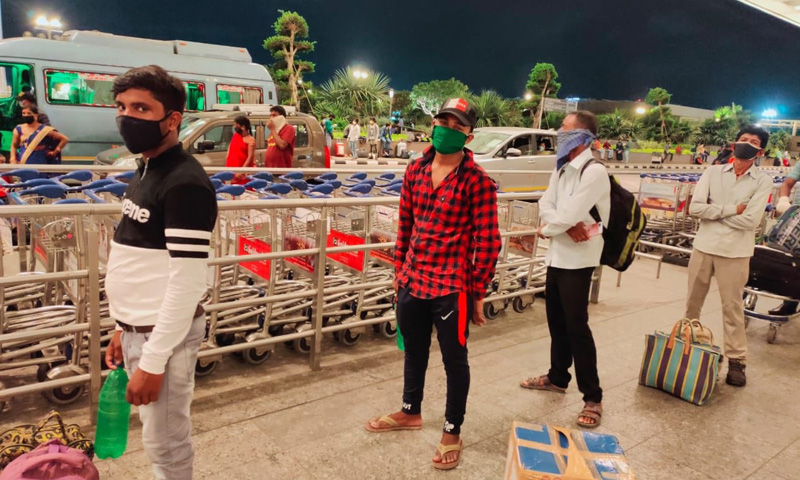 As many as 174 migrant workers who were stranded in Mumbai for the last two months amid the nationwide lockdown, landed safely at the Birsa Munda Airport at Ranchi today, under an exemplary initiative of the NLSIU Alumni Network.

As reported earlier, the former students of the National Law School of India University, Bangalore had raised funds and leased an Air Asia aircraft to airlift stranded migrant workers.

The flight carrying 174 natives of the state of Jharkhand, who were employed in various sectors in Mumbai, was scheduled to take off today at 6 AM.

After its successful landing, Jharkhand's CM Hemant Soren took to Twitter to thank all the individuals, including the alumni group, activist Priya Sharma and other NGOs who made this possible.

Speaking to LiveLaw, one of the Core Team members told that the entire mission was accomplished with the support of Tata Group and Air Asia. Further, a list of stranded migrant workers was prepared with the help of various activists and NGOs. Priya Sharma, an activist pursuing PhD from IIT Bombay, also played an instrumental role in drawing up the list.

She also told that the Jharkhand Government extended immense cooperation in granting NOCs and assured them to provide safe transit for migrants from the Ranchi airport to their hometowns.

This is the first time in the history of Indian aviation that a group of private individuals raised funds to lease a chartered plane and rescued distressed migrants and workers. Significantly, this only the first phase of the initiative as an alumna involved in the project had told earlier that if the pilot project concludes successfully, then they will plan to implement it on a larger scale, "to evacuate people faster and in a more safe manner".