Students, Alumni From 19 Foreign Universities Including Harvard And Yale Express Solidarity With Aligarh And Jamia Students; Seeks Independent Probe Into Abuse Of Power By Police 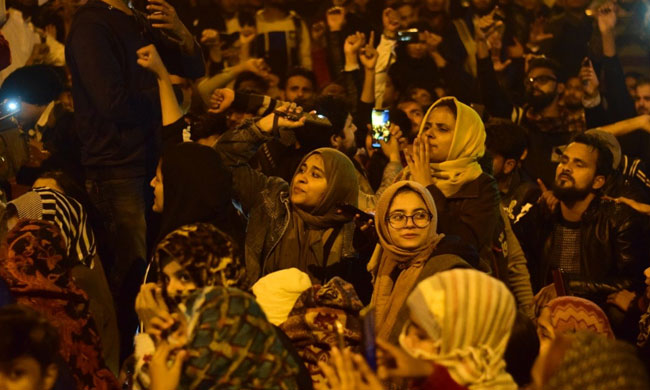 Universities across the USA have issued a joint statement, expressing solidarity with students of Jamia Millia Islamia University and Aligarh Muslim University, in their standoff against the Citizenship Amendment Act. While terming the Act as "unconstitutional" and "discriminatory" and while also condemning the use of police violence against students on December 15, 2019, the...

Universities across the USA have issued a joint statement, expressing solidarity with students of Jamia Millia Islamia University and Aligarh Muslim University, in their standoff against the Citizenship Amendment Act.

While terming the Act as "unconstitutional" and "discriminatory" and while also condemning the use of police violence against students on December 15, 2019, the Universities have decided to hold a student-led protest at Harvard University today, i.e., December 17, 2019.

The statement signed by students and alumni of around 20 US universities perceive the incident as a gross violation of human rights, both under Indian Constitution as well as the International Human Rights Law.

"The right to protest is a cornerstone of a constitutional democracy and is safeguarded as a fundamental right under Articles 19(1)(a) and 19(1)(b) of the Constitution of India. The right of all people to express their ideas and opinions through the medium of protest is also guaranteed through a number of core international human rights provisions, including the right to free expression under Article 19 of the ICCPR, which has been ratified by India," the statement read.

As per the statement, they have received credible information from journalists, students, lawyers, and activists, about excessive use of force by police and paramilitary forces against students.

"Any use of force by law enforcement must be within the strict confines of the principles of legality, legitimacy, necessity and proportionality under International Human Rights Law.

By every account, it appears that police and paramilitary, both at Jamia Milia Islamia University, and at Aligarh Muslim University, have used violence and pursued unlawful and reckless tactics against student protestors in violation of protections under the Constitution of India and International Human Rights law."

Escalation of peaceful protests against the implementation of the Citizenship (Amendment) Act, 2019, which commenced at JMI on Sunday afternoon led to the excessive use of force on behalf of the Delhi Police. Forceful entry into the university premises and the use of teargas shells as well as lathi-charge by the police has led to a huge furore across the country. Multiple students were detained for a few hours with no access to medical or legal aid. In response to the same, students from various universities have taken to the streets to protest against and condemn the brutal police action on unarmed students.

"These incidents of violence indicate complete negation of every norm that guide the functioning of the police in a democratic society governed by the rule of law. Seen further in the light of the fact that most victims of this brutality were Muslim, these incidents stand out as shocking instantiations of targeted violence against a minority group," the statement read.

The Universities have condemned such state-sponsored actions and have demanded complete withdrawal of police forces from the university premises. They also seek an immediate, independent, and robust investigation into the abuse of power by the Delhi Police, Uttar Pradesh Police, and the Central Reserve Police Force.

They expressed concern over the manner in which CJI SA Bobde trivialized the incident by terming it as 'riots', letting the police to handle it as a law and order problem, without recognising the violation of the rights of protestors, and especially the degree of violence unleashed on them.

The Universities have further condemned the use of violence against protestors in Assam where allegedly five people have died, including two minor boys who were shot by the police.

"This combined with the unlawful denial of access to the internet in the state, has completely blocked news reports of events on the ground, including the ability of the protestors to represent their demands and report unlawful police action," the statement read.

With these remarks, the Universities put forth the following demands:

The Statement has been signed by the students and alumni from the following Universities: