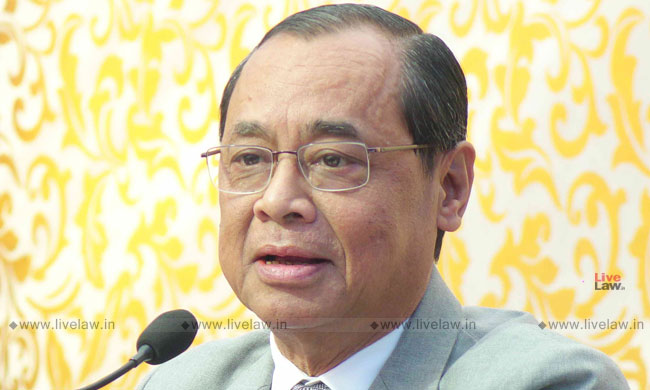 More than 300 activists from women's groups and civil society members, who have, from long engaged with issues of justice, rights, and law reforms, specifically those related with women, sexual violence and Sexual Harassment of Women at Workplace, have rejected the findings of the in-house Justice Bobde Committee, which had earlier exonerated Chief Justice Ranjan Gogoi of all charges...

More than 300 activists from women's groups and civil society members, who have, from long engaged with issues of justice, rights, and law reforms, specifically those related with women, sexual violence and Sexual Harassment of Women at Workplace, have rejected the findings of the in-house Justice Bobde Committee, which had earlier exonerated Chief Justice Ranjan Gogoi of all charges of sexual harassment against him by the former SC staff member.

Calling it a "dark and sad" day, women activists' fear that if an institution that is supposed to be the "moral exemplar" to the nation, acts in this way, then how one would expect other institutions to act differently.

"Today is a dark and sad day. The Supreme Court has told us that when it comes to one of its own, imbalances of power don't matter, due process doesn't matter, and basic norms of justice don't matter. The ripple effect that this will now have across the board can well be imagined: if the guardian of the rule of law, and the institution that is supposed to be a moral exemplar to the nation, acts in this way, then why should anyone else act differently? And with what face can a court tell them to act differently, given its own conduct?"

They are of the view that no justice will be served without a fair hearing for the victim of sexual harassment in the top court of the country. They see it as an unprecedented crisis of credibility vis-à-vis the Supreme Court.

"Today we are facing an unprecedented crisis of credibility vis-à-vis the Supreme Court. In dealing with a complaint of sexual harassment against the Chief Justice, the court has failed to give the complainant a fair hearing. Disregarding her request for a 'special enquiry committee', the Supreme Court instead set up an in-house Committee comprising three judges who are junior to the Chief Justice. Not surprisingly, on May 6, 2019, it declared that there is "no substance in the allegation contained in the complaint."

In their statement titled as "Supreme Injustice", the women activists' say that they stand in solidarity with the complainant and that they vehemently reject the findings of the Bobde Committee as same have been arrived at without adherence to norms of fair and independent inquiry.

"We stand in solidarity with the complainant. We vehemently reject this conclusion as it has been arrived at without adherence to norms of a fair and independent enquiry. The procedure followed in this case not only stands in utter violation of principles of natural justice, but also in contravention with both, the letter and spirit of Vishakha Judgment and the Sexual Harassment of Women at Workplace Act 2013 (henceforth POSH Act) that seek to recognise and mitigate disbalances of power at the workplace."

They allege that in spite of these gross violations, and completely ignoring the complainant's appeals as well as protests from various sections of civil society as also from a sitting judge of the Supreme Court, the Committee has given a clean chit to Chief Justice of India.

They say that they are utterly dismayed and shocked by this blatant abuse of power exercised by the highest constitutional authority, the Supreme Court of India and that they are also aware and would like to bring this to the notice of citizens of India that the complainant and her family are under threat and intimidation.

"We are proponents of independence of the judiciary and understand and respect that completely. However, we also believe that pointing out any lapses in the system of justice so that it may be rectified is in fact protecting this independence and not interference in procedures", press release reads.

"We are aghast that twenty two years after the Vishakha judgment and six years after the passing of the Act, there are no clear procedures laid down to address complaints of sexual harassment against the CJI, sitting and retired Judges of the Supreme Court. The assumption that this does not happen at this level has been belied by the recent complaints that have come up against sitting judges across the country. In any case the judicial system needs to follow the law and lay down appropriate procedures. And in the absence of such laid out procedures, they must adhere to the spirit of the law in force. That is where the Supreme Court has currently failed itself, and the nation."

Women activists' say further that as women and other marginalized sections of society, they do not have access to any societal power and turn to Courts expecting that they can get a fair hearing there. That Khap panchayats and other mechanisms that function on ideas of "social morality of the powerful" are not where they seek justice and they have kept their faith in the judicial constitutional mechanisms for access to justice.

They urge the Supreme Court to correct its own course and undo the gross injustice done to the complainant. They say that this case has exposed the urgent need for just, transparent and fair procedures to be laid down as soon as possible so that the highest judicial powers may also be brought into the framework of accountability to the laws of the land.

Statement ends with the note:

"As women's rights groups and activists we are also issuing an open letter to retired judges appealing to them to "speak out on the side of justice and fairness. What is at stake is not only the rights of women, but also credibility of the Supreme Court. It is to protect this system that has been painstakingly created by the diligence of many members of the judiciary."