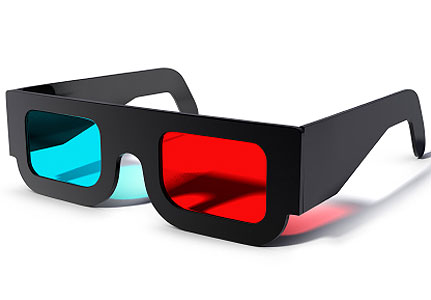 The Kerala State Consumer Disputes Redressal Commission has ruled that 3D glasses necessary for watching 3D movies in theatres should be made available free of cost.

A Bench of President, Justice K Surendra Mohan, Judicial Member TSP Moosath and Expert Members Ranjit R, Beena Kumari and Radhakrishnan KR that allowing theatre owners to extract charges for the rent of 3D Glasses 'at their whims and fancies' would only give room for exploitation of consumers.

In its Order dated April 9, the Commission underscores that supplying 3D glasses free of cost is imperative, if they are necessary to improve a viewer's experience.

The Bench said, "If 3D glasses are necessary for the better viewing of the 3D movie, it is imperative that the said glasses are supplied free of cost for the use of the viewers.

The Commission was hearing an appeal from a 2016 order of the District Consumer Disputes Redressal Forum, Thiruvananthapuram.

A lawyer, an Advocate Ravi Krishnan had gone to one Remya theatre to watch 3D film, 'Gravity', when he noticed that a Rs 30 fee was being collected as rent for 3D glasses, in addition to the Rs. 50 charged on the movie ticket. Though Krishnan requested that he be charged only Rs 50 since he already had 3D glasses with him, the theatre employees insisted on his paying an additional charge of Rs 30 for the 3D glasses as well.

Aggrieved, Krishnan approached the District Consumer Forum, contending that the Theatre's charge of an additional Rs 30 for the 3D glasses amounted to a restrictive trade practice. Remya Theatre's proprietor asserted that no instance of anyone requesting to view the film without purchasing the spectacles was brought to their notice.

Finding his complaint well-founded, the District Forum stated that the theatre may levy an additional charge for renting 3D glasses after giving prior notice and for those people who require the same.

Faulting the District Forum order on this count, Krishnan argued that if the theatre was allowed to charge additional fee for the 3D glasses to customers who did not require it, this would enable the theatre to continue with the restrictive trade practice without hindrance.

In the meanwhile, the proprietor of Remya Theatre challenged the District Forum order in so far as it ordered the theatre to pay Krishnan a compensation of Rs. 5,000 and Rs. 5,000 as punitive damages, in addition to costs of Rs. 2,000 to Krishnan.

While the finding that the compensation and punitive damages granted by the District Forum are justified and reasonable, there was no justification in allowing the theatre to publish a notice charging the sum from consumers who required the glasses, the State Consumer Commission held.

"However, the direction of the District Forum that charges for use of the 3D glasses could be extracted from customers who require the glasses and that too after publishing a notice is without any justification, as contended by the complainant. Any such permission to extract additional charges would not be in the interests of the rights of the consumers whose stakes in such matters are very low."

The Commission, while vacating the District Forum's order, held that the District Forum had rightly found that the 3D glasses provided by Remya Theatre were not of high quality or value. Therefore, extracting an amount of Rs. 30 as rent for such spectacles could only be termed as excessive exploitation.

"In the process, the opposite party would have extracted a tidy sum of money, without providing any consequential benefit to the consumer who has availed the use thereof.", the Commission pointed out.

Additionally, the charge for 3D glasses was an infraction of the rights of the consumers, the Commission ruled.

On these terms, the proprietor's appeal was dismissed and the District Forum's Order was vacated.