Section 41A CrPC: Allahabad High Court Issues Slew Of Direction To Ensure Compliance Of Safeguards From Arbitrary Arrest In 498A Cases 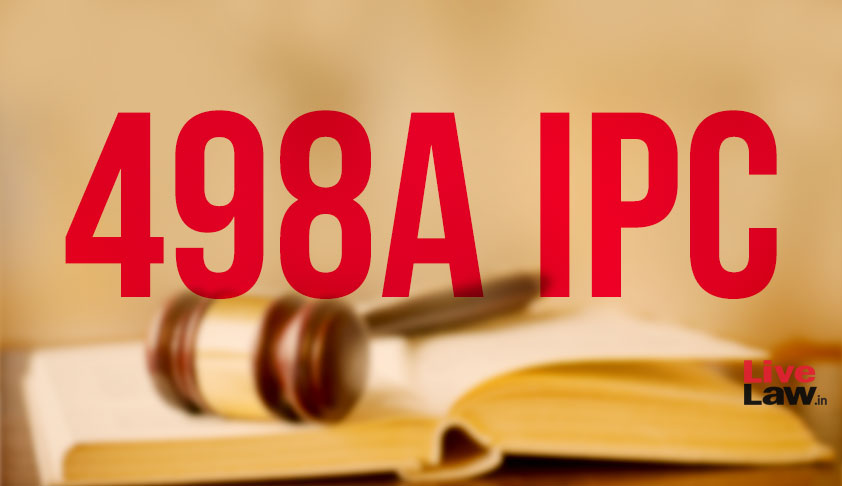 In a significant judgment, the Allahabad High Court has directed the Police authorities to desist from making automatic/ routine arrests, especially in dowry cases (498A IPC), and strictly comply with the pre-conditions laid down under Section 41A of CrPC. The High Court further directed all Magistrates to report the names of such police officers who they think make arrests in...

In a significant judgment, the Allahabad High Court has directed the Police authorities to desist from making automatic/ routine arrests, especially in dowry cases (498A IPC), and strictly comply with the pre-conditions laid down under Section 41A of CrPC.

The High Court further directed all Magistrates to report the names of such police officers who they think make arrests in a mechanical or mala fide manner, so that appropriate action may be taken against them.

Section 41A of CrPC provides that in all cases where the arrest of a person is not required under Section 41(1) (When police may arrest without warrant), the Police shall issue a notice directing the person against whom a reasonable complaint has been made, or credible information has been received, or a reasonable suspicion exists that he has committed a cognizable offence, to appear before him or at such other place as may be specified in the notice.

It further states that where the accused complies and continues to comply with the notice, he shall not be arrested in respect of the offence referred to in the notice unless, for reasons to be recorded, the police officer is of the opinion that he ought to be arrested.

A Division bench comprising Justices Dr. Kaushal Jayendra Thaker and Gautam Chowdhary noted that despite this safeguard, in many cases the police is still routinely proceeding to arrest accused persons, even if they are involved in offences punishable with up to 7 years imprisonment.

Expressing concern over this, the Bench remarked,

"The provision of Section 41-A were incorporated of this purpose only that concerned who is not charged with heinous crime does not require and whose custody is not required may not face arrest. But we are pained that this provision has not met his avoid purpose."

It therefore directed the Magistrates/ Police authorities that when accused alleged with offence punishable up to 7 years imprisonment are produced before them, remands may be granted to accused only after the Magistrate satisfies himself that the application for remand by the police officer has been made in a bona fide manner and the reasons for seeking remand mentioned in the case diary are in accordance with the requirements of Section 41(I) (b) and 41 A Cr.P.C., and there is concrete material in existence to substantiate the ground mentioned for seeking remand.

Even where the accused himself surrenders or where investigation has been completed and the Magistrate needs to take the accused in judicial custody as provided under Section 170(I) and Section 41(I)(b)(ii)(e) Cr.P.C. prolonged imprisonment at this initial stage, where the accused has not been adjudged guilty may not be called for, and the Magistrate and Sessions Courts are to consider the bails expeditiously and not to mechanically refuse the same, especially in short sentence cases punishable with upto 7 years imprisonment unless the allegations are grave and there is any legal impediment in allowing the bail.

The facility of releasing the accused on interim bail pending consideration of their regular bails may also be accorded by the Magistrates and Sessions Judges to appropriate cases.

Remand should not be granted routinely

The Sessions District Judges should also be directed to impress upon the remand Magistrates not to routinely grant remand of accused to police officers seeking remand for accused if the preconditions for granting the remands mentioned in sections 41(1)(b) and 41 A Cr.P.C. are not disclosed in cases punishable with 7 year terms, or where the police officer appears to be seeking remand for an accused in a mala fide manner in the absence of concrete material.

The Court cautioned, by routinely mentioning in the case diary that a particular condition referred to in sections 41(1)(b) or 41 A CrPC has been met for seeking police remand, would not provide adequate reason for effecting the arrest.

Review compliance of Section 41A in monthly meetings

The issue of compliance with sections 41(1)(b) and 41 A Cr.P.C and the directions of the High Court in this regard may also be discussed in the monthly meetings of the District Judges with the administration and the superior police officials.

Further, the Bench directed the Registrar General to issue a circular within a period of one month with directions to the Sessions Courts and Magistrates to monitor and oversee the applications for remand sought by the arresting police officers and to comply with the other directions issued in this case.

The Magistrate may also furnish information to the Registrar of the High Court through the District Judge, in case he is satisfied that a particular police officer has been persistently arresting accused in cases punishable with upto 7 year terms, in a mechanical or mala fide and dishonest manner, in contravention of the requirements of sections 41(1)(b) and 41 A, and thereafter the matter may be placed by the Registrar in this case, so that appropriate directions may be issued to the DGP to take action against such errant police officer for his persistent default or this Court may initiate contempt proceedings against the defaulting police officer.

The Court has directed the Registry to send this order to the DGP, UP; Member Secretary, UP SLSA; and District Judges in all districts of UP, for compliance and communication to all the concerned judicial magistrates before whom the accused are produced for remand by the police officers.

The development comes in a writ petition filed by a family accused of demanding dowry from their prospective daughter-in-law. The Petitioner-accused had submitted that even though the offences alleged against him were punishable with less than 7 years imprisonment, the concerned police officer regularly visited his house under the influence of the Complainant.

"We have been pained to note that regularly petitions are filed where the offence committed would be for a lesser period then seven years or maximum punishment would be seven years and they routinely bring by way of writ petition scrap of being arrested," the Bench observed in the facts of this case.