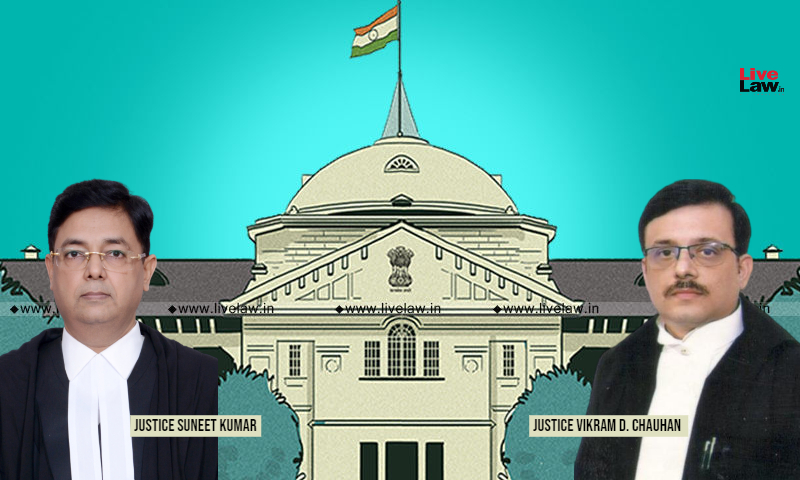 The Allahabad High Court on Tuesday observed that relationship is not a factor affecting the credibility of a witness as there is no bar in law on examining family members as witnesses. The Court also stressed that evidence of a related witness can be relied upon provided it is trustworthy.

The bench of Justice Suneet Kumar and Justice Vikram D. Chauhan observed thus while upholding the life sentence awarded to an accused who raped and murdered an 80-year-old woman in the year 2006 and was convicted by Additional Sessions Judge, Gautambudh Nagar under Sections 376 and 302 of the Indian Penal Code.

As per the prosecution's case, the informant (Sunil Singh) used to live in a rented house along with her wife and mother/victim. On the intervening night of 1 / 2 July 2006, the victim (mother of the informant) as usual was sleeping in the open space, adjacent to the room of the informant.

After seeing the informant and his wife, the accused Manvir went inside his room and locked his room. When the son of the informant knocked on the door of the room of Manvir, he opened and tried to run away, but was caught, and was handed over to the police.

An FIR was registered and after filing of the charge sheet in the case, a trial took place, and vide judgment dated 5 December 2007 and sentence dated 6 December 2007, the Accused was held guilty. Challenging his conviction and sentence, he moved to the High Court.

At the outset, the Court noted that the act of the accused going into his room (after seeing the informant and his family members) and locking his room, was a relevant fact under Section 8 of the Evidence Act, which indicated the fact that the accused is guilty of the offence.

Now, when an objection was raised by the counsel for the accused that the witnesses P.W.-1 (Informant) and P.W.-2 (wife of the informant) are relatives of the deceased and as such, the testimony of P.W.-1 and P.W.-2 cannot be relied upon, the Court observed that ordinarily, a close relative would be the last to screen the real culprit and falsely implicate an innocent person.

"Merely because the witnesses are family members their evidence cannot per se be discarded. When there is allegation of interestedness, the same has to be established. Mere statement that being relatives of the deceased they are likely to falsely implicate the accused cannot be a ground to discard the evidence which is otherwise cogent and credible. Relationship is not a factor to affect credibility of a witness. It is more often than not that a relation would not conceal actual culprit and make allegations against an innocent person. Foundation has to be laid if plea of false implication is made. There is no bar in law on examining family members as witness. Evidence of a related witness can be relied upon provided it is trustworthy," the Court remarked.

Further, taking into account the facts, evidence, and circumstances of the case, the Court noted that the incident had occurred at a place, not ordinarily accessible by the public at large and therefore, under normal circumstances, an independent witness may not be available and the related witnesses may be a natural witness.

"In the instant matter, we find the testimony of the witnesses to be consistent and reliable, and therefore reject the contention of the appellant that the testimony of the witnesses must be disbelieved because they are close relatives of the deceased and hence interested witnesses...(The) prosecution has brought on record the circumstantial evidence and medical evidence including the conduct of the accused immediately after the alleged occurrence which points towards the guilt of the accused and as such, the prosecution has proved its case beyond a reasonable doubt," the Court further observed.

Consequently, on the basis of the aforesaid facts and circumstances, the Court said, the prosecution had proved its case beyond a reasonable doubt. Finding that the allegations against the accused-appellant under Sections 376 and 302 of the Indian Penal Code stood proved by the prosecution, the Court dismissed the appeal.