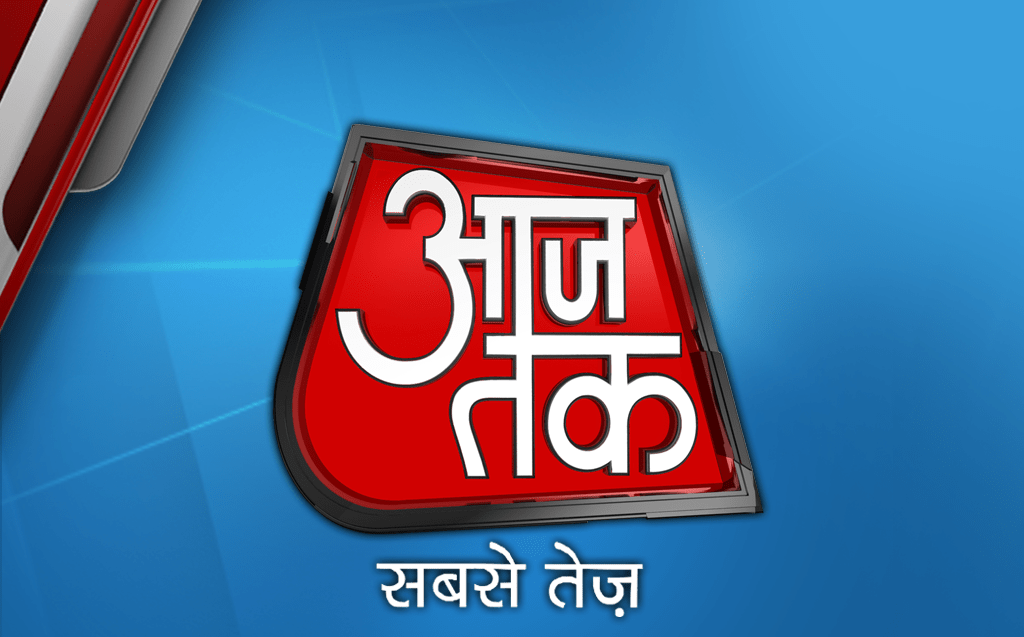 Stating that Hindi news channel 'Aaj Tak' has made 'distasteful, disparaging and insensivite' remarks on the Indian army and carried out insensitive covarege of the death of film actor Sushant Singh Rajput, film producer Nilesh Navalakha made a complaint before the Ministry of Information of Broadcasting seeking the suspension of the channel.The complaint states that during a discussion...

Stating that Hindi news channel 'Aaj Tak' has made 'distasteful, disparaging and insensivite' remarks on the Indian army and carried out insensitive covarege of the death of film actor Sushant Singh Rajput, film producer Nilesh Navalakha made a complaint before the Ministry of Information of Broadcasting seeking the suspension of the channel.

The complaint states that during a discussion of India-China stand off, news anchor Ms. Sweta Singh and her colleague Mr. Rohit Sardana made the following remarks against Indian Army.

"This is the responsibility of the Army. You can't blame the government for this" and

"that Chinese incursion into the Indian Territory is not just governments fault, but also Army's as patrolling the border are not government's responsibility".

"..This isn't a situation where you ask questions after something has occurred. There are a few questions to be answered here. Firstly, if the People's Liberation Army entered Indian territory and our soldiers were sleeping, then it's on the Army and not on the government because the government is not on patrolling duty, the Army is".

As per the complaint sent through Advocates Rajesh G Inamdar and Amit Pai, the above broadcast "clearly attacks the sovereignty and integrity of India, the security of the state, public order, decency or morality and in no manner fits in the realm of freedom of press".

The complaint states that such remarks by the anchors, who are not experts in the field, can affect the morale of the Armed forces and the formulation of strategic protocols.

"in a tense situation, with the broadcast reaching crores of people, this is a deliberate attempt to spread a negative emption against the Indian Armed forces, and in direct breach of the Programme Code", the complaint states.

"the Channel and it's anchors have insulted every hero of the Indian Armed Forces presently serving the nation, Martyrs, their families, and every Citizen of this nation by their insensitive, disparaging, gross, distasteful, disrespectful, unlawful, speculative and irresponsible remarks against the Indian Armed Forces", the complaint adds.

The complaint also states that the channel's coverage of Sushant Singh Rajput's death was  insensitive. It is stated that immediately after the news about his death, the channel ran a tickr "How did he hit wicket" and published the pictures of his dead body. The reporter from the channel also bombarded the grieving family members of Sushant with insensitive questions, the complaint adds.

It is also alleged that Aaj Tak manufactured certain tweets and falsely reported the screenshots calling them real and attributing them as the actor's last tweets.

In this backdrop, the complaint states :

"That the broadcasts clearly shows that Aaj Tak channel clearly promotes sensationalism, fake news, an antinational attitude disparaging of the Indian Army, against the good taste and decency, is defamatory, deliberate, false and suggestive innuendos and half truth and affects the integrity of the Country which clearly violates Section 5 of the Cable Television Networks Act, 1995 ("Cable Act"), Rule 6 (a), (c), (d), (e), (h), (i), of the Cable Television Networks Rules, 1994 (Rules), the Code of Ethics & Broadcasting Standards ("Code") and News Broadcasting Standards Regulations ("Regulation")".

The complainant reminds that provisions under the Cable Television Networks (Regulation) Act of 1995, 1994 Rules and the Policy Guidelines for Uplinking of Television Channels, gives the government the power to suspension/cancellation of uplinking-downlinking license any channel in the country.

"In such circumstances, the Ministry is requested to take cognizance of the violations of programme code and suspend/cancel the downlinking license granted to Aaj Tak and impose severe penalty", the complainant, who has produced nine films including national winning films 'Shala', 'Fandry' and 'Anumati', requested.