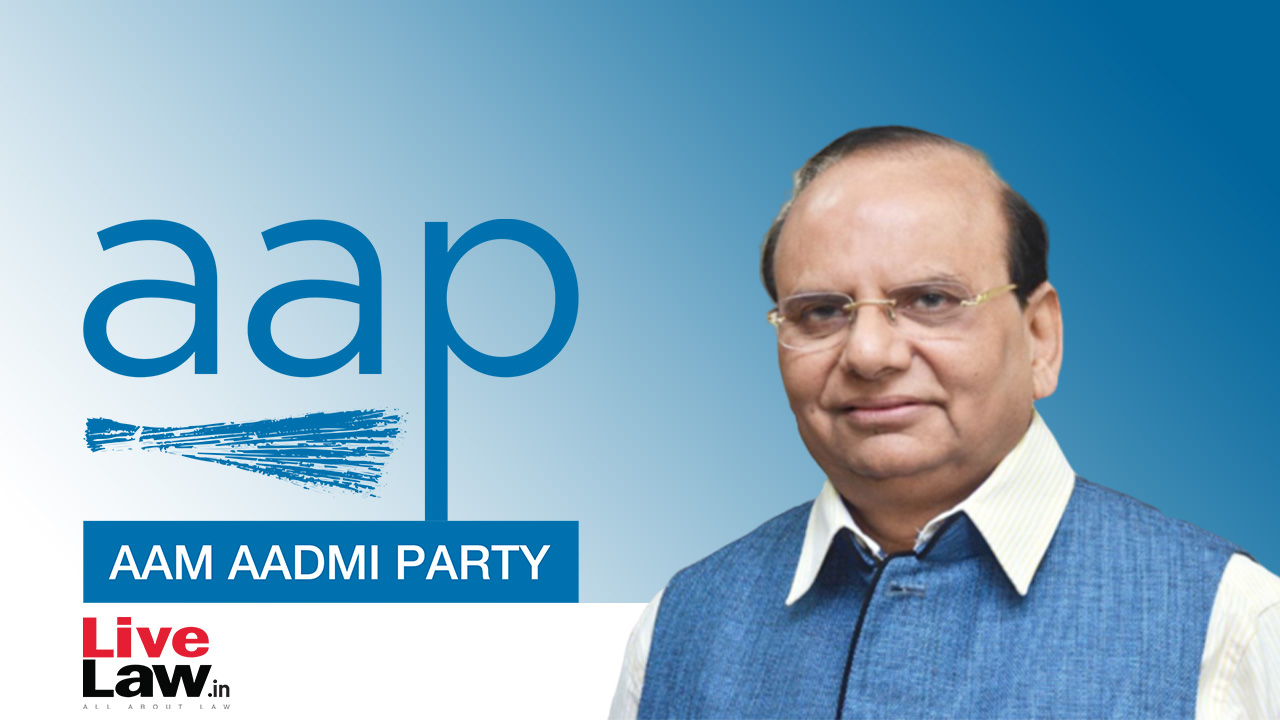 The Delhi High Court on Tuesday said the tweets and statements by Aam Aadmi Party and its five leaders against Delhi's Lieutenant Governor Vinai Kumar Saxena, alleging corruption by him, were made in a reckless manner, without any factual verification, to tarnish his image.Justice Amit Bansal restrained the party and the five leaders from posting any defamatory or factually incorrect...

The Delhi High Court on Tuesday said the tweets and statements by Aam Aadmi Party and its five leaders against Delhi's Lieutenant Governor Vinai Kumar Saxena, alleging corruption by him, were made in a reckless manner, without any factual verification, to tarnish his image.

Justice Amit Bansal restrained the party and the five leaders from posting any defamatory or factually incorrect tweets, comments, videos of press conferences or interviews and any other online content against Saxena or his daughter, pertaining to the controversy.

"It cannot be gainsaid that reputation of a person is earned after years and the same cannot be tarnished by any other individual in a casual manner. The damage caused to the reputation of an individual is immediate and far- reaching on the internet. So long as the impugned content continues to be in circulation and visible on social media, it is likely to cause continuing damage to the reputation and image of the plaintiff," the Court said.

The five leaders against whom the order has been passed are Atishi Singh, Durgesh Pathak, Saurabh Bhardwaj, Sanjay Singh and Jasmine Shah.

The court also directed AAP and its leaders to delete or remove all the defamatory tweets and other material posted against Saxena on the social media platforms.

The Court added that if the defendants fail to comply with the directions within 48 hours of the takedown order, the social media platforms shall remove the posts.

"In this regard, the plaintiff is at liberty to provide URLs to the defendants no.7 and 8 of any allegations, hashtags, videos of press conferences/interviews, posts, tweets, re-tweets, captions and taglines by the defendants which need to be taken down," the Court said.

On AAP's allegations against Saxena, the court observed that the statements that Saxena was involved in any acts of corruption at the time of demonetization, were completely unsubstantiated.

"There is nothing to suggest that the statements extracted at pages 52 and 53 of the plaint and relied upon in the tweet of 29th August, 2022 are made by the accused persons before the Investigating Agency. Even if the aforesaid statements are taken to be correct, the said statements are completely based on hearsay, being premised solely on the accused persons being told by other individuals that the said acts were to be done at the behest of the Chairman," the Court added.

Justice Bansal also said that the subject matter of the statement made by AAP and its leader is a sum of Rs 17,00,000 which "has been exaggerated" by them "many times over" to a "fanciful sum" of Rs. one thousand four hundred crores.

With regard to the statement that a contract of Rs 80 crores was given to Delhi LG's daughter when he was Chairman of Khadi and Village Industries Commission, the court said the allegations are imaginary and there is no material to substantiate it. The bench also noted that the KVIC has clarified no money was paid to Saxena's daughter for her professional services.

The Court further observed that the right to freedom of speech and expression is not an unfettered right in the garb of which defamatory statements can be made to tarnish the reputation of a person.

"The fundamental right to freedom of speech has to be counterbalanced with the right of reputation of an individual, which has been held to be a basic element of the right to life consecrated in Article 21 of the Constitution of India," it said.

The court also said that Saxena, being a constitutional authority, cannot meet the personal attacks being made by the party and its leaders against him by taking resort to social media platforms. It also said AAP and its leaders did not even bother to respond to a legal notice sent by Saxena's lawyer to them.

"In appropriate cases where the Court is of the view that statements are unsubstantiated and have been made in a reckless manner without regard to the truth, in order to cause injury to the reputation of the plaintiff, the Court would be justified in granting an interim injunction. If the aforesaid submission of the defendants is accepted, it would give the defendant a free reign to continue making defamatory statements against the plaintiff and continue to tarnish his reputation," the court said.

It added "Therefore, the Court cannot be powerless in such a situation. After suffering the brunt of such defamatory content, it is difficult to contemplate a complete restitution through damages. Such cases demand immediate injunctive relief and the Court cannot wait for the defendants to place their response on record."

Issuing summons on Saxena's suit, the court on September 22 said written statements be filed within thirty days and also sought affidavit of admission or denial from the defendants. The suit was accompanied with an application for interim relief filed under Order 31 Rule 1 and 2 of Code of Civil Procedure praying for a temporary injunction to restrain the party and its members, until the disposal of the suit or until further orders.

In August, the Aam Aadmi Party and its leaders had accused Saxena of committing money laundering when he was holding the post of the Chairman of the Khadi and Village Industries Commission during the time of demonetisation in November 2016.

On September 5, the Delhi LG had got a legal notice issued to the national capital's ruling party and its leaders asking them to cease and desist from making or publishing or circulating alleged defamatory statements against him.

In the notice issued to the party and its leaders, Saxena said AAP has built a false narrative to the effect that "he received and channelised demonetised currency" of Rs 1400 crores in each cash.

"In fact, AAP has, both directly and indirectly, through several third parties, gone ahead with a media blitzkrieg to build and spread its false narrative, and used all media platforms, social media and other media outlets to peddle its lies and perpetuate the damage to my Client's reputation," said Saxena in the notice sent through Advocate Bani Dikshit.

The notice further claimed that the allegations made by the party were absolutely untruthful and entirely bizarre, adding that there was no antecedent or plausible explanation to raise allegations of corrupt practices against Saxena.