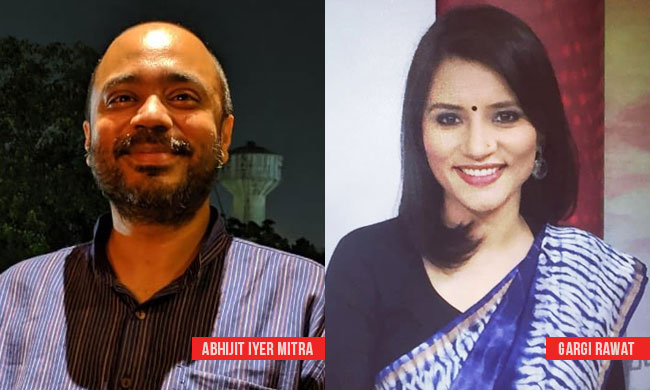 Journalist and commentator on defense matters Abhijit Iyer-Mitra has filed a defamation suit over a tweet which said that he was accused of rape.

Advocate Dushyant Arora, who is alleged to be the author of the controversial tweet, and NDTV anchor Gargi Rawat, who allegedly 'liked' the tweet, are the defendants in the suit which seeks damages of Rupees Twenty Lakhs for loss of reputation.

As per the plaint filed in District Court, Patiala House, Delhi, the tweet was made in reply to a tweet of journalist Rana Ayyub which called Iyer-Mitra's article about her a 'hit job'.

Iyer-Mitra's  had published an article titled 'In Rana Ayyub, the White West has found its next Arundhati Roy'  in response to an article in New Yorker based on Ayyub's narration about Modi government's policies and actions against Indian Muslims.

Replying to Ayyub's tweet on the article about her, Dushyant allegedly tweeted that Iyer-Mitra was accused of rape and routinely engaged in hate speech. This tweet is alleged to have been liked by Gargi Rawat.

Iyer-Mitra's plaint states that the tweet was false and defamatory and resulted in loss of his reputation.

"the plaintiff is a highly regarded member of India's strategic community and also proudly identifies as a 'Gay' man. Hence, to accuse him of rape also smacks of homophobia on the part of defendants", the plaint added.