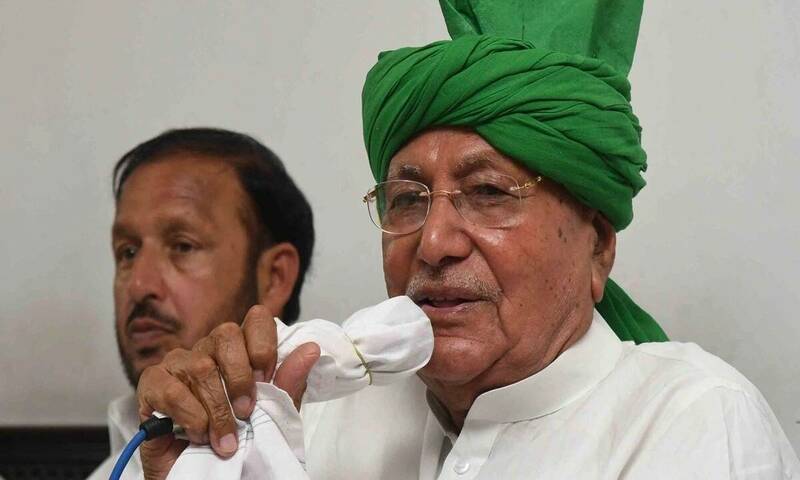 Former Haryana Chief Minister Om Prakash Chautala was on May 27 sentenced to 4 years in imprisonment by a special CBI court in Delhi in connection with a disproportionate assets case.

"...convict being a public servant i.e. MLA/CM of Haryana between the period from 1993 till 2005, instead of working honestly in the public interest, had in fact worked to promote his self-interest i.e. by acquiring assets for himself by abusing his official positions to the tune of 103% of his known source of income..." remarked Special Judge (PC Act) Vikas Dhull while convicting Chautala for the offence under Section 13(1)(e) of the Prevention of Corruption Act, 1988.

Significntly, the Court observed that the maxim "'power corrupts; absolute power corrupts absolutely" can be applied to the case of Om Prakash Chuatala.

Essentially, the CBI had filed a disproportionate assets case against him in the year 2005, and a charge sheet was filed in 2010 wherein the CBI had allegedly detected assets amassed by him between 1993 and 2006 that were disproportionate to his legitimate sources of income

The FIR in the case accused Chautala of accumulating assets, disproportionate to his known lawful sources of income (in his name and in the names of his family members) as a CM of Haryana during the period from July 24, 1999, to March 5, 2005, in collusion with his family members and others.

It was claimed that he had accumulated enormous wealth and invested the same throughout the country in the shape of thousands of acres of land, multi complexes, palatial residential houses, hotels, farmhouses, business agencies, petrol pumps, etc.

In this very case, Chautala was convicted last week by the CBI Court as he failed to satisfactorily account for the assets detected by the CBI. The value of disproportionate assets so acquired came out to be Rupess Two Crores Eighty One Lacs Eighteen Thousand Four Hundred and Fifty One.

The Court noted that there has been a rise in cases where misuse of official positions is done by public servants to acquire assets.

The Cout observed that it is one of the factors which weighs against leniency in sentencing him so that a strong message is sent to the potential offenders that in case, they acquire assets abusing their official positions, then not only they will be punished heavily but even their properties so acquired shall be liable for confiscation.

"...convict after getting elected as MLA / Chief Minister of Haryana between the period from 1993 till 2005 had taken the oath to faithfully and conscientiously discharge his duties for the State and the people as per the Constitution of India, 1950. It is noted that convict being a public servant i.e. MLA/CM of Haryana between the period from 1993 till 2005, instead of working honestly in the public interest, had in fact worked to promote his self interest i.e. by acquiring assets for himself by abusing his official positions to the tune of 103% of his known source of income..." the Court remarked.

Though the CBI sought maximum punishment of 7 years and fine, however, having regard to Chautala's age, disability and the various ailments from which he is suffering, the court opined that 04 Years Rigorous Imprisonment would be just and reasonable to meet the ends of justice.

"Out of the said fine, Rs.5 Lacs shall be given to the CBI in defraying the expenses incurred in the prosecution / investigation. In the event of default in the payment of fine, convict shall further undergo Simple Imprisonment of 06 months," the Court added.